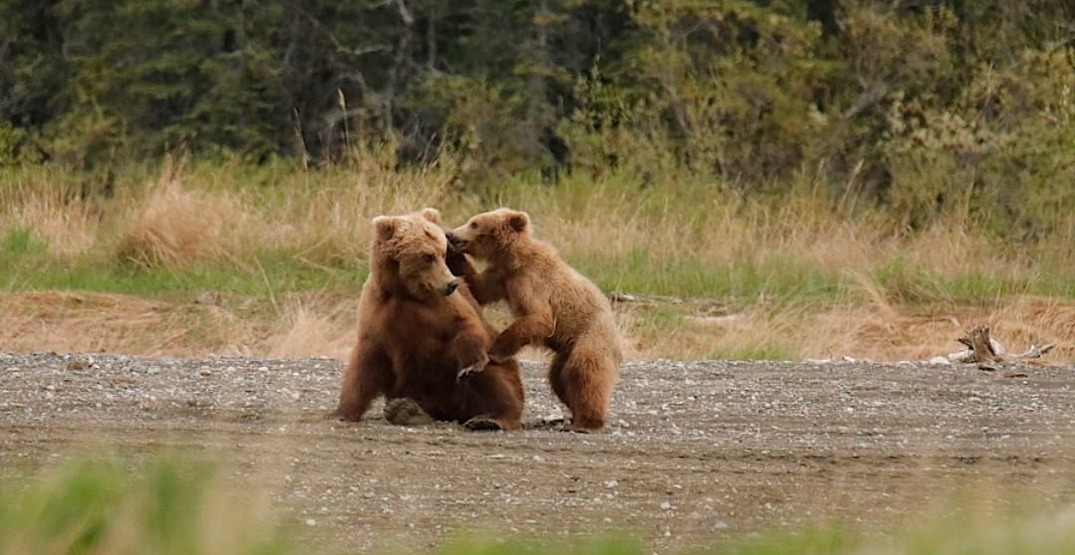 A woman was hiking with her dogs near Smithers, BC, when she encountered a bear that ended up biting her on the foot.

According to a post from the BC Conservation Officer Service, the woman had been walking along the Tyee Mountain Ski Trails system on Monday, June 6.

Her dogs were off-leash and running ahead when they rounded a corner and ran into a bear. As the dogs tried to chase the bear away, it lunged at the woman, biting her on the foot.

“The woman yelled at the bear and managed to scare it away and was not seriously injured,” reads the post from the Conservation Officer Service. “Based on the information gathered and an assessment of the scene, conservation officers concluded that this was a defensive attack, and no further action will be taken. Signage has been posted along the trails.”

A woman hiking in the backcountry with her dogs near #Smithers this week had a minor encounter with a black bear. The public is reminded to take precautions when in bear country, such as:
✅Leashing up pets
✅Carrying bear spray
✅Travelling in groupshttps://t.co/K3e0VC6pCG

What to do when you encounter a bear

If you are outdoors and encounter a bear, it can be an overwhelming experience. The Province of BC has a few tips to help you stay safe.

Do not feed bears: It’s against the law to feed dangerous wildlife.

Remain calm. Do not run or climb a tree: Slowly back away, talking to the bear in a quiet, monotone voice. Do not scream, turn your back on the bear, kneel down or make direct eye contact.

Keep away from the bear: Do not try to get closer to it. If the bear gets too close, use pepper spray (within 7 metres) or something else to threaten or distract it.

Stay together: If you are with others, act as a group. Keep children close – pick up and carry small children.

Watch the bear until it leaves: Make sure the bear has a clear escape route. After the bear is gone and it’s safe, make sure there is nothing in the area that will attract bears back again.