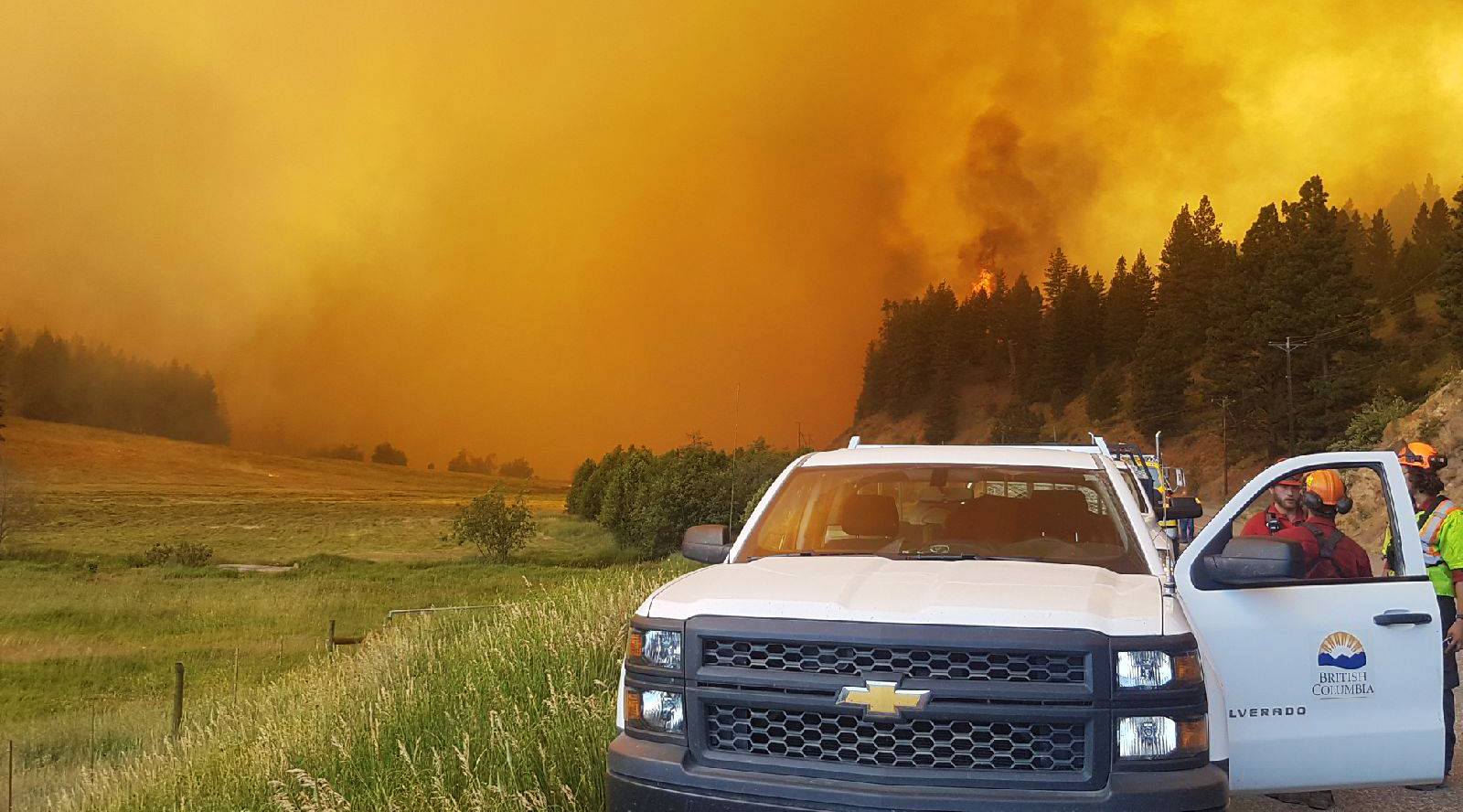 The wildfires burning in BC’s interior are the top priority for the new provincial government, Premier John Horgan said today.

There are 155 wildfires burning across BC, 15 of which are threatening communities, according to the latest update from Kevin Skrepnek of the BC Wildfire Service.

Some 45,806 people have been evacuated so far, with wildfires already burning through at least 327,000 hectares of land in BC this year.

Speaking to reporters in Victoria on his first full day in office, Horgan said the response from everyone helping support evacuees had been heartwarming.

“We’re thankful to the people who have opened their hearts and their homes to evacuees,” said Horgan. “We’ve had many challenges happen and we’ve many more ahead of us.”

To help fight the wildfires and assist those who had been evacuated from their homes, Horgan said he would be extending the state of emergency by two more weeks.

It was currently supposed to expire this Friday, but will now last until Friday, August 4. This would make more funds available to the people and communities affected, he said.

In what he called an “unprecedented” move, Horgan said the initial payment of $600 made to every evacuated household would be repeated.

For every two weeks they were out of their homes, evacuated households would receive repeat payments of $600 to help them with basic needs.

This would also apply to those currently evacuated due to floods in the Okanagan, he added.

“A coordinated strong response is important to this situation, not just to address the fires, but also to give comfort to people and communities,” said Horgan.

“It’s clear to me that we need to do more,” he added, saying being briefed by wildfire first responders had been the first order of business at his first cabinet meeting.

The premier said he was also setting up a wildfires taskforce of cabinet ministers to monitor on an hourly basis what’s going on.

That taskforce would be led by:

Some members of the taskforce would be heading into the Cariboo on Thursday, and Horgan would be there “probably” by the end of the week, he said.

“We’re going to hit the ground running,” said Horgan. “Whatever resources are required will be made available.”