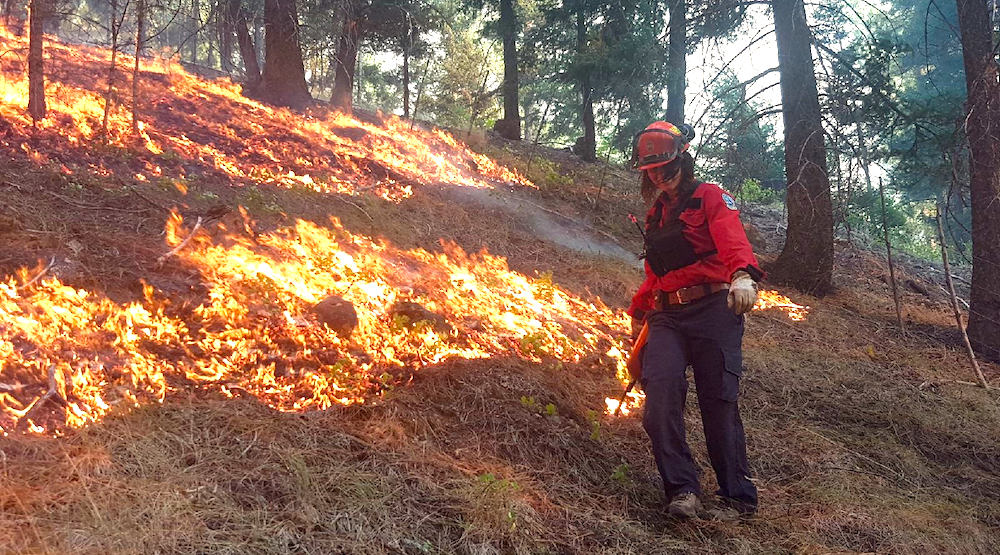 Written for Daily Hive by Ian Ius, a Simon Fraser University graduate who majored in geography with GIS certificate.

The sun is bright, the air is warm and the grass is a deep sugary brown under one’s feet. It is summer again in British Columbia, and the wildfire season has returned with a vengeance.

These blazes usually begin to appear in late-July and August, but this year they appeared a few weeks earlier than normal, burning down homes, destroying forests, and choking our beautiful deep blue skies.

This is instantly followed by countless news reports and social media posts pointing their righteous fingers at the fiery images of destruction and exclaiming, “Global warming is here!”

Except, fire does not destroy our forests and these events are largely not the product of global climate change.

First and foremost, this is not a denial of climate change, for it is a very real issue and may have played a role in this year’s earlier than normal start to the fire season, but there are far larger ecological and anthropogenic processes at play regarding forest fires in general within British Columbia.

The risk of fire

While the coastal rainforest of BC is deluged in moisture for much of the year, the leeward side of the Cascade and Coast Mountains regions of the province are among the driest areas in southern Canada. 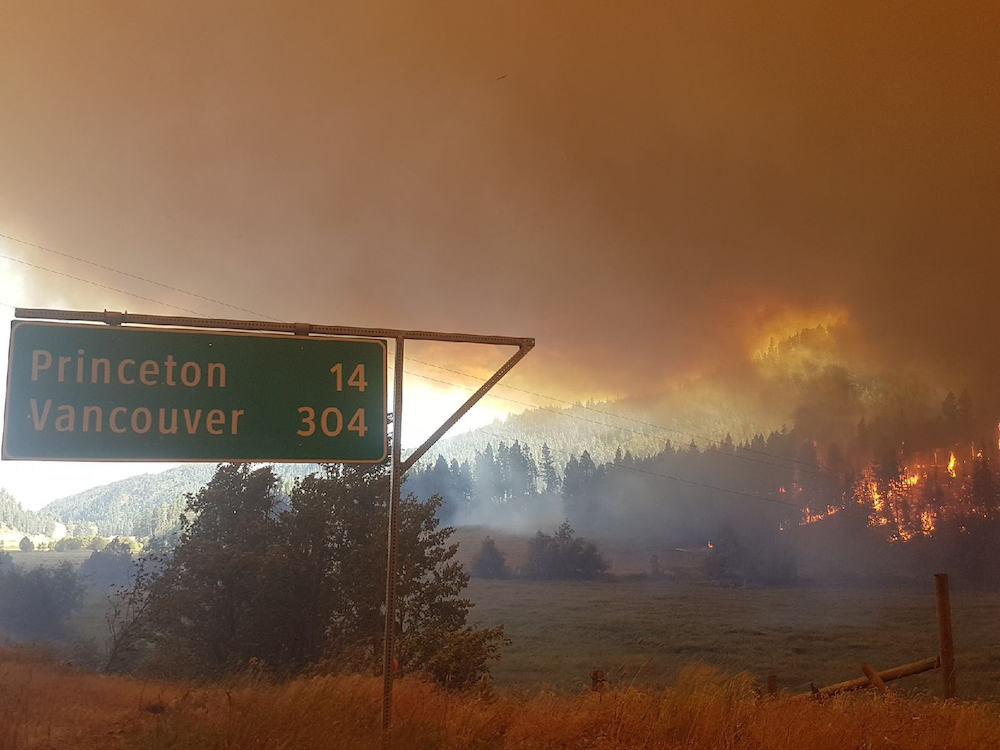 Smoke from a wildfire in the BC interior causes the sky to turn orange. (Government of BC)

A simple comparison between the annual rainfall in Vancouver, at a drenching 1,189 mm, and Kamloops, at a dusty 278 mm, plainly displays this. The differences in climate do not end with precipitation, the southern interior valleys are also much warmer during the summer than the coast.

Vancouver’s average July high near the seaside is a pleasant 22°C, while Kamloops is a toasty average of 29°C, and one weather station in Osoyoos reaches a sizzling average high of 32°C.

These factors, along with lower levels of humidity, lead to much higher evapotranspiration rates in the southern interior than on the coast. This creates two very different ecological regions in BC.

In a short three-hour drive through the Fraser Canyon, one can see the lush and dense coastal forests of Big Leaf Maple, Red Cedar, and Western Hemlock give way to open stands of Ponderosa Pines and Big Sagebrush. This is where fire comes in to play. The grasslands and open parkland forests of Ponderosa Pine and Douglas Fir rely on regular intervals of fire to remain healthy and clear the forest floor of excess debris.

‘These areas need to burn’

However, over the last 90 years or so, forest fire suppression initiatives and policies in BC have been far too successful, nearly eradicating fire from these ecosystems and creating numerous ecological problems.

The first is forest creep. The grasslands of this region, as seen along the foot of the Thompson Valley, around the Merritt region and throughout the South Okanagan, were maintained by grass fires that occurred as regularly as once every decade for a given location. 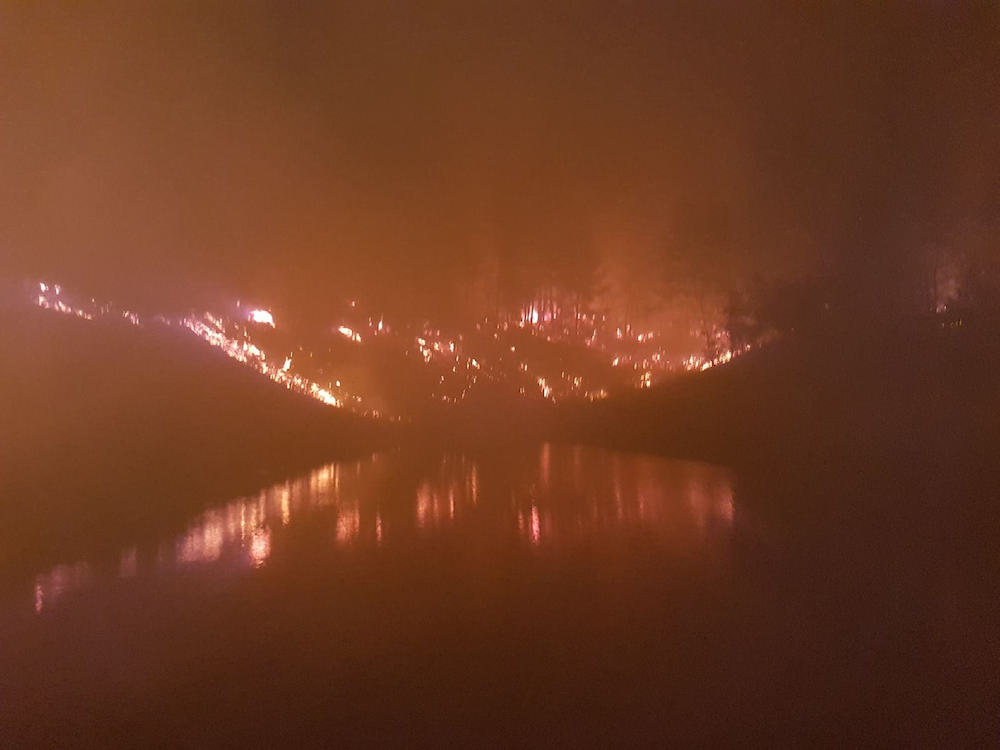 Thick smoke rises into the nighttime sky from an out-of-control wildfire in BC. (Government of BC)

Since the start of fire suppression, the majority of these grasslands have not had a single burn. These once frequent natural fires removed young tree saplings from within the grassland perimeters. Without these fires these isolated saplings have morphed into fully established forests.

It is estimated that BC has already lost up to 30% of its grassland community due to this forest creep. The situation is arguably even more dire within the parkland forests themselves, where forest fires naturally occurred around once every 25 years for a given location.

Similar to the grasslands, the majority of these forests have not seen a single fire event in the last 90 years. 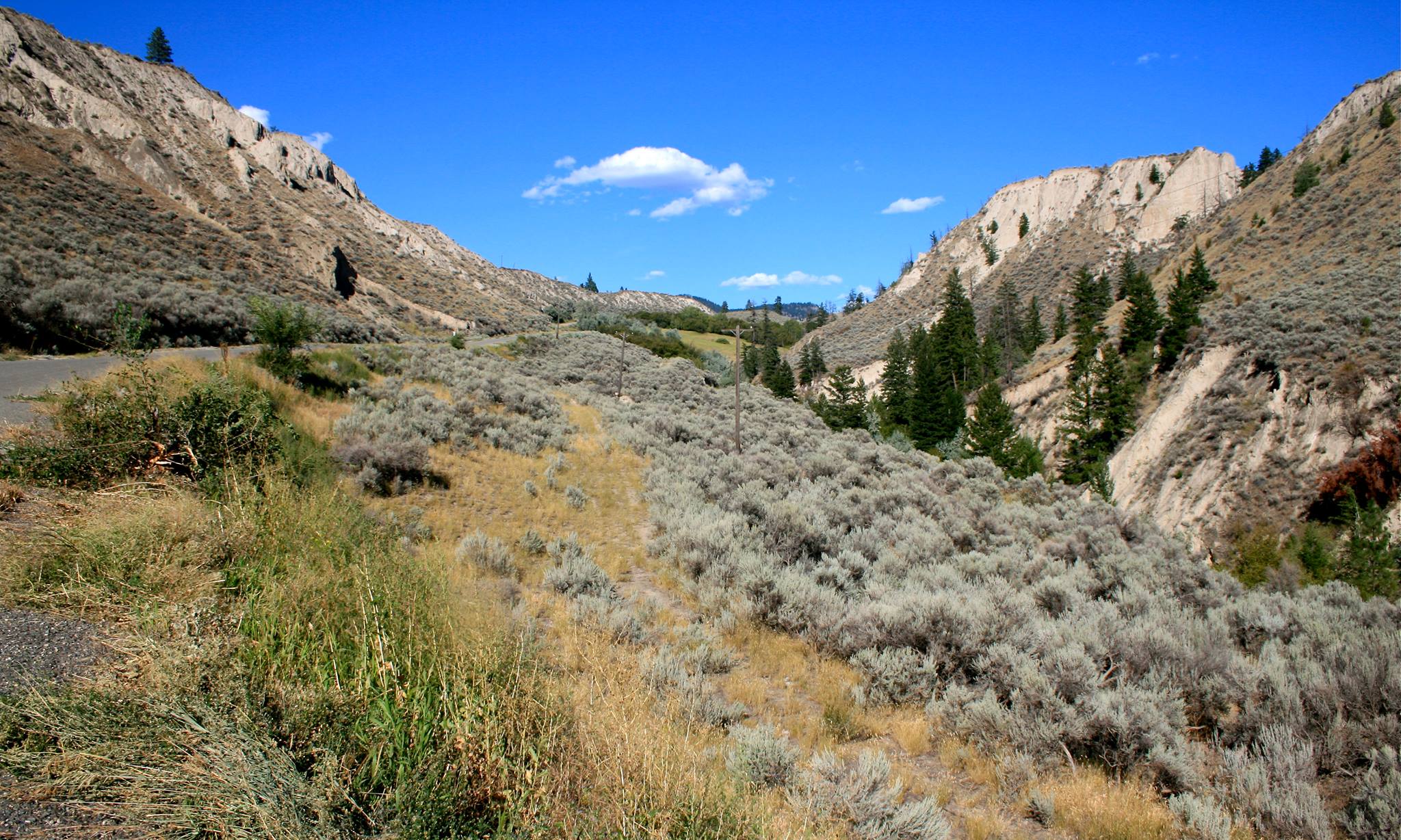 Grasslands in the BC interior. (Ian Ius / submitted)

What were once open forests of widely spaced mature trees with a light covering of shrubs and grasses at their base have become crowded dense stands of pencil-thin pines and firs. There is also an excess of forest litre covering what remains of the forest floor.

Altogether, this has created an inhospitable habitat for foraging mammals and other species that inhabit these forests.

In short, in order to be maintained at a healthy equilibrium state, these areas need to burn. It is estimated that before forest fire suppression efforts began, up to 12,000 sq. kms. of the province would burn annually.

For comparison, the infamous forest fire season of 2003, which saw Okanagan Mountain and the Barrier region go up in flames, burned 2,650 sq. kms., a mere 22% of the natural average.

Controlled burns will save communities

This is not meant to trivialize those who have been separated from their communities or have lost their homes due to these firestorm events, such occurrences are devastating and these people need our support as a provincial community, but the answer to this problem is not less fire, it is more.

Before fire suppression, most fire events were low intensity creeping fires that primarily burned grasses, underbrush, and saplings. Today, due to the decades of excess fuel that has built up, these fires have become high intensity crown fires that are far more threatening to homes. 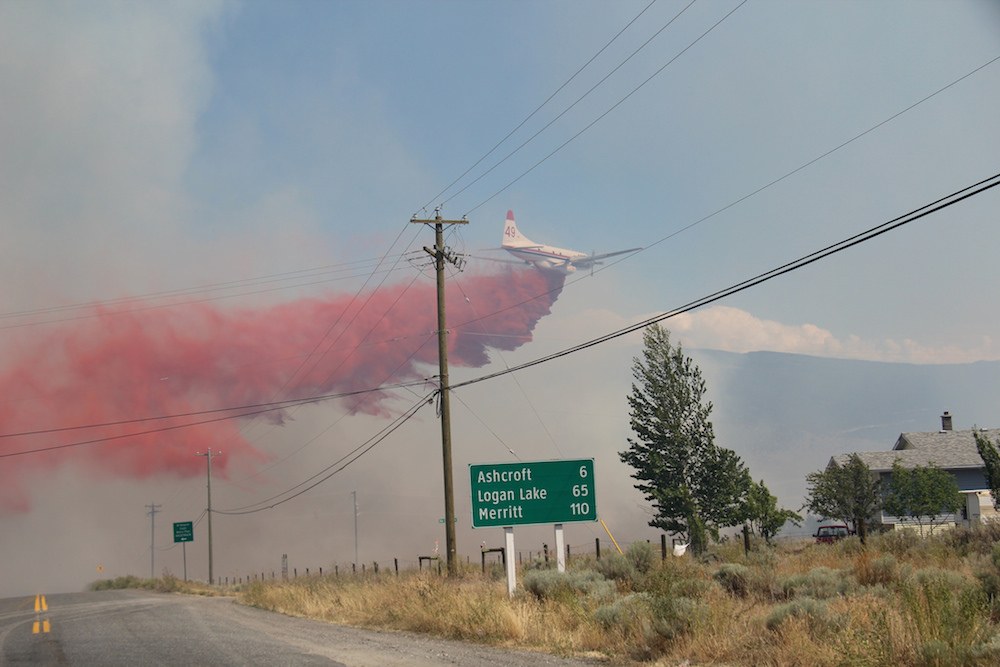 An air tanker drops fire retardant onto a brush wildfire in BC. (Government of BC)

To prevent such catastrophes in the future there are several things that one can do to help, such as manually removing excess tree saplings, but the most pressing activity that must be done is for the province to greatly increase the scale of controlled prescribed burns.

Sadly, in recent years, due to complaints about smoke and liability issues, the amount of land in BC burned through prescribed fires has plummeted to a paltry 50 sq. kms.

Compare that to Florida’s annual controlled burn of 20,000 sq. kms.

It seems that the residents of BC will have to put up with smoke from time to time one way or another. The choice though is between dealing with smoke from controlled burns that benefit the ecology and economy of the province, or from firestorms that destroy homes and displace communities at sudden and unpredictable times.

Ian Ius is a Simon Fraser University graduate who majored in geography with GIS certificate. He has a keen interest in local road, rail, and public transit infrastructure as well as urban form, the ecology of British Columbia, and travel.