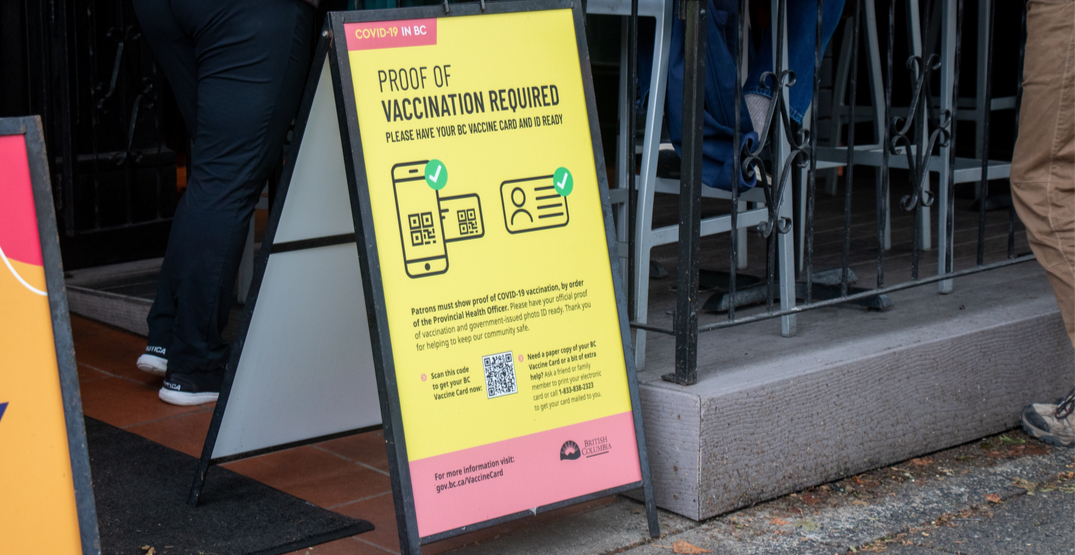 While the vast majority of British Columbians have downloaded their QR codes, the province has had to hand out BC vaccine pass tickets to establishments since the new system was brought in this September.

On Friday, October 8, Travis Patterson from The Public Safety and Solicitor General Communications Office confirmed that five violation tickets have been issued to date.

Four were specifically related to vaccine cards. They were not able to provide details on any enforcement that’s currently underway.

Regionally, there was one ticket issued in Vancouver Coastal Health, two in Interior Health, and two in Fraser Health.

One of the establishments in violation is Rolly’s Restaurant in Hope.

They were ordered to close for “continued non-compliance of vaccine passport requirements,” said Patterson.

Also, the District of Hope suspended their business license and the LCRB suspended their liquor license. “If the business continues to operate, further sanctions will be undertaken,” said Patterson.

Curtis Harding from Fraser Health also confirmed that over “the past several weeks, in response to complaints we have received, Fraser Health’s Public Health inspectors have engaged with the owners of Rolly’s Restaurant to provide education.”

“Unfortunately, the business has been non-compliant with the order since it was implemented, despite our repeated attempts to engage with them,” said Harding.

Additionally, Renegade Kitchen and Craft Bar in Kelowna has closed. A Facebook post from the restaurant on September, 14 states their intent to not follow vaccine pass guidelines.

The Public Safety and Solicitor General Communications Office says that officers are focusing on gaining compliance through education and awareness. This significant activity is not reflected in the number of violation tickets that have been handed out.