A collaborative study from some of B.C.’s major universities found students who graduated in 2012 earn a median salary of $50,000 per year.

Beyond that, 83 per cent of graduates found their degrees “useful” or “very useful,” and 92 per cent are “satisfied” or “very satisfied” with their education.

Among the highest earners for the class of 2012 were those in the engineering and health sectors, with median salaries of $62,000 and $66,560 respectively. Visual and performing arts graduates fared the worst among the programs that were studied, earning a median salary of $36,000 per year. 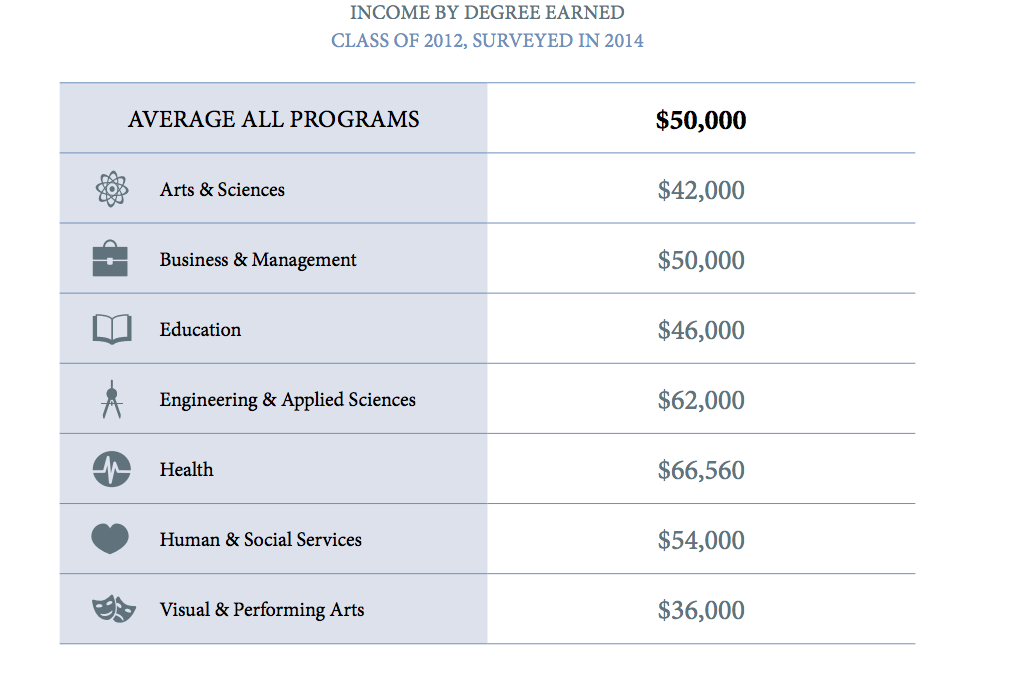 The report says the statistics indicate the earnings of university graduates accelerate at a faster pace than those who didn’t graduate post-secondary school and attempts to debunk the notion that specific technical training is more advantageous than a traditional Bachelor’s Degree.

By the time university graduates reach 55 to 64 years of age, the average salary jumps to about $63,000 per year.