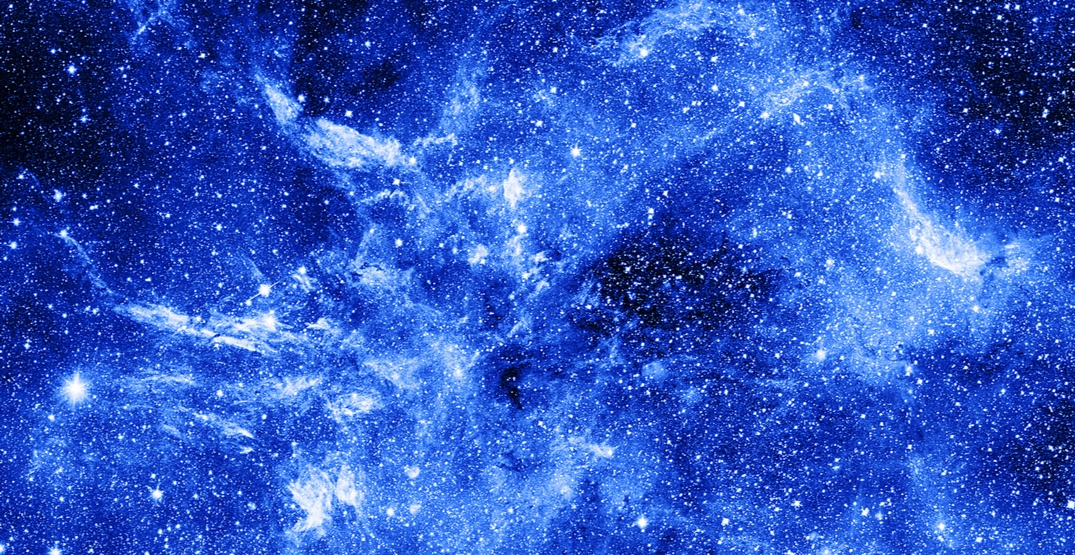 A team of scientists behind a telescope located in BC’s Okanagan Valley have found the second repeating fast radio burst (FRB) ever recorded, which they said provides new clues about the puzzling pulses of radio energy from far outside our own galaxy.

The repeating FRB was one of 13 new bursts detected in just two weeks by the Canadian Hydrogen Intensity Mapping Experiment (CHIME), a radio telescope designed and built by scientists at the University of British Columbia, McGill University, the University of Toronto, the Perimeter Institute for Theoretical Physics and the National Research Council of Canada.

The discoveries, described in two papers in Nature, were presented at the American Astronomical Society meeting in Seattle.

“Until now, there was only one known repeating FRB,” said Ingrid Stairs, a member of the CHIME team and an astrophysicist at UBC. “Knowing that there is another suggests that there could be more out there. ”

Stairs said that with CHIME, “mapping the entire northern hemisphere every day, we’re bound to find more repeaters over time.”

Knowing where they are, she furthered, “will enable scientists to point their telescopes at them, creating an opportunity to study these mysterious signals in detail.”

While scientists said that studying fast radio bursts is challenging because they’re rarely spotted and “mostly one-offs,” the repeating burst was one of a total of 13 bursts detected during a pre-commissioning run in the summer of 2018.

The discoveries are particularly noteworthy for the fact that the telescope was running at a fraction of its full capacity when they were made.

“We’re very excited to see what CHIME can do when it’s running at full capacity,” said Deborah Good, a PhD student in physics and astronomy at UBC who is part of CHIME’s FRB team. “At the end of a year we may have found 1,000 more bursts. Our data will break open some of the mysteries of FRBs.”

“The environment of the FRB has a much larger effect on the shape of the signals at long wavelengths,” said Good.

“Seeing these bursts with CHIME will give us a good idea about what FRBs are like and where they come from, by showing us more about how their brightness changes at different frequencies and what’s happening to the signal on its way to Earth,” she added.

“[We now know] the sources can produce low-frequency radio waves and those low-frequency waves can escape their environment, and are not too scattered to be detected by the time they reach the Earth,” he said. “That tells us something about the environments and the sources.”

“The findings are just the beginning of CHIME’s discoveries,” said Stairs.“In the next phase, we plan to capture the full high-resolution data stream from the brightest bursts, which will let us better understand their positions, characteristics and magnetic environments. The next few years will be very exciting.”

Added Landecker: “We haven’t solved the problem, but it’s several more pieces in the puzzle.”