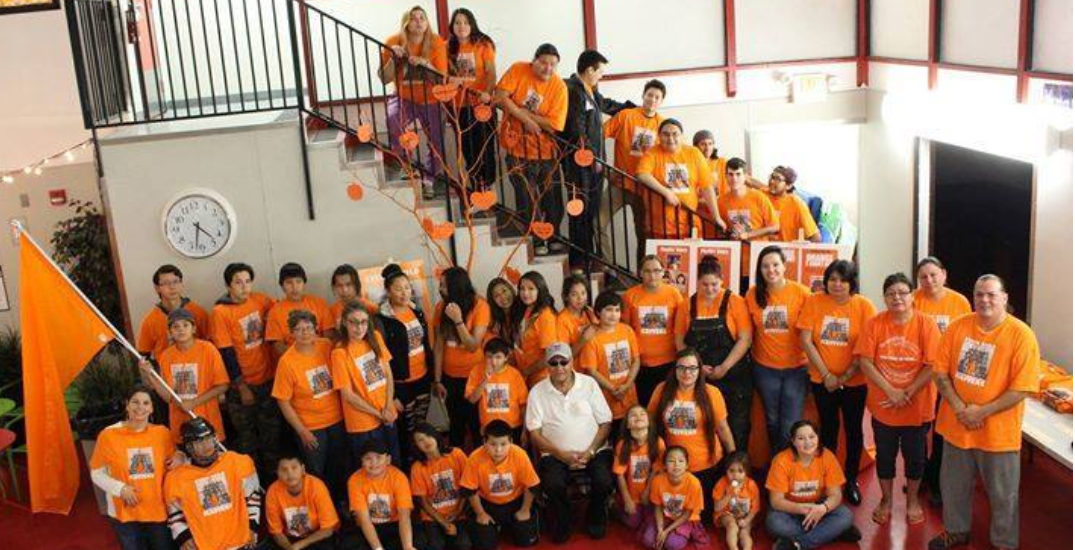 The union representing BC’s public school teachers is calling on educators to wear orange next week to honour the 215 children found buried at a former residential school.

The British Columbia Teachers’ Federation (BCTF) announced on Saturday that it was organizing an orange shirt walk-in with its 45,000 members for the coming week.

The union also said it would be asking public school districts across the province to lower their flags to half-mast.

Following the establishment of Orange Shirt Day, the garments have become a symbol of awareness and remembrance for the impacts of the residential school system.

We will be working with our #bced locals across BC next week to organize orange shirt walk-ins to honour the 215 dead children found at the Kamloops Residential School. We are also asking school districts to lower all flags to half-mast. #bcpoli pic.twitter.com/a55hPi5mUA

“It’s critical that we acknowledge the atrocities perpetrated at these schools across BC and  elsewhere and teach our students the truth,” said Teri Mooring, the president of the BCTF.

“The BCTF is deeply committed to reconciliation and taking actions to move forward by teaching about the atrocities of residential schools with the hope and desire for this to never happen again.”