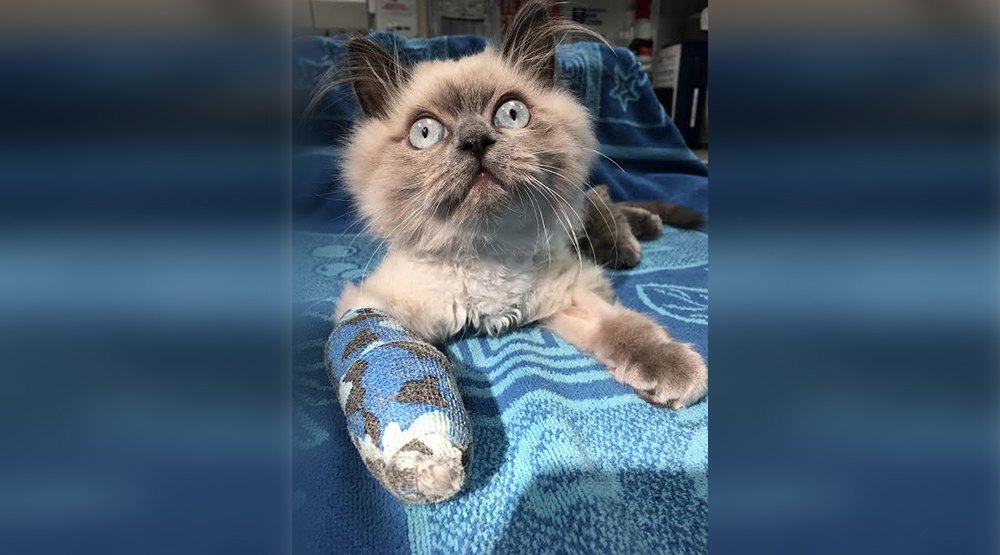 The BC SPCA is warning cat owners living in highrise buildings to secure their railings after a number of cats have been injured or fallen to their death from balconies.

“At the Vancouver shelter we’ve had four cats brought to us in two weeks alone who were seriously injured after jumping or falling from highrise balconies,” Jodi Dunlop, manager of the Vancouver SPCA branch, said in a release.

“Two of the cats were in such extreme distress with multiple injuries that we couldn’t save them. It is heartbreaking to think of the excruciating pain and suffering these cats must have endured.”

A survivor from the incident was a three-month-old Himalayan kitten that is now in the care of the SPCA. The kitten, named Roger Moore after the actor who played the iconic role of James Bond, suffered a broken front leg and trauma to his T2 and T3 vertebrae.

Dunlop says that cat owners should be aware of the dangers of allowing their pets on to highrise balconies.

She suggests that owners enclose the area so cats won’t be able to fall through the bars.

“There are a variety of ways that landlords and strata councils allow safeguarding to be done and we urge all cat guardians whose pets may be in danger to take steps to prevent a tragedy.”

The medical costs to attend to Roger Moore’s injuries are expected to cost nearly $5,000.

If you are able to help him and other animals at the Vancouver SPCA, you can donate online or in person at 1205 East 7th Ave., Vancouver.