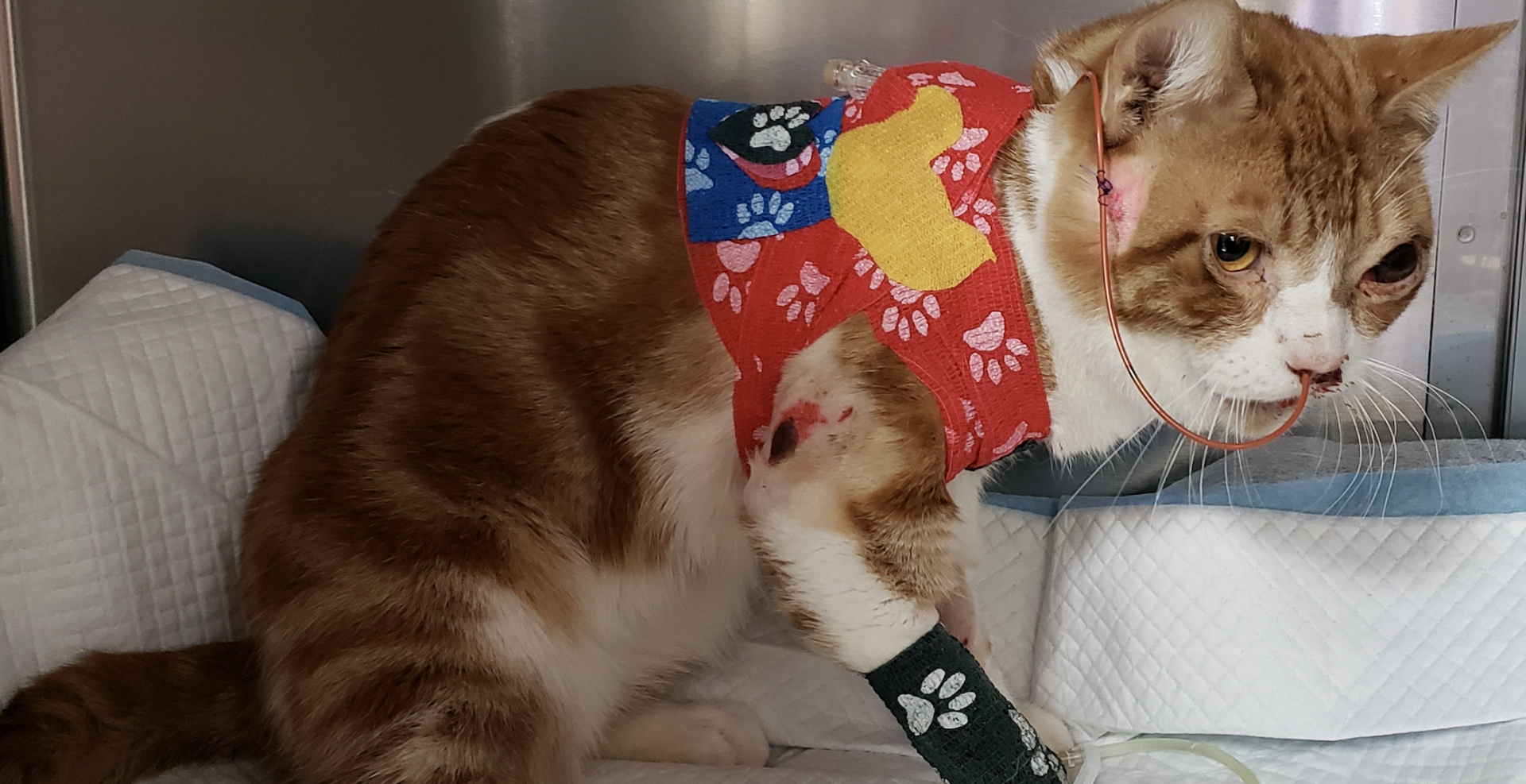 The BC SPCA in Burnaby is seeking help for Ducky, a five-year-old tabby cat that suffered serious injuries after being hit by a car.

In a release, Nicole McBain, manager of the BC SPCA Burnaby Branch says Ducky is suffering from a “broken back leg, a broken jaw, and the trauma to his skull was so intense that his eye is [no] longer being held in the socket properly.”

“He is heartbreaking to look at,” she said.

The BC SPCA says Ducky requires multiple surgeries including one to repair his broken leg and eye removal.

“He will be on careful rest while he recovers from his surgeries but we are confident this tough guy will heal and will have no problems adjusting to life with one eye,” said McBain.

Ducky’s surgeries and care will cost over $2,000 and after a few months of recovery, the BC SPCA will be looking for a forever home for the cat.

McBain says Ducky is the “sweetest boy” who has won over the hearts of staff and volunteers at the SPCA. He has earned the name “Ducky” because he meows and sounds like a little duck when seeking attention.

“He is always so gentle and absolutely loves attention. He will purr up a storm if anyone comes near and tries to roll around for belly rubs,” she said.

“Even with broken bones, he always tries to get up to come closer if he thinks someone will pet him.”

Those able to help Ducky and other animals at the BC SPCA can find out more information online.