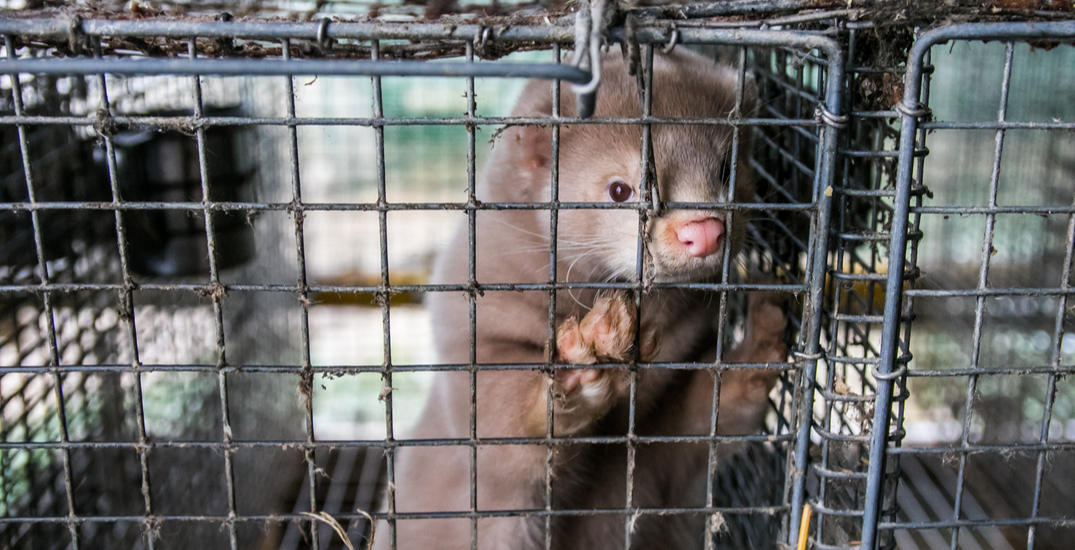 The BC SPCA is calling for a moratorium on mink farming in British Columbia after a COVID-19 outbreak was declared at a farm earlier this month.

The BC SPCA wants “an immediate suspension of all mink farm licences,” adding that more than 200 mink have died on the farm since the outbreak began.

“Mink themselves also stand to suffer from SARS-CoV-2 as, unlike other animals who have contracted the virus and show little-to-no symptoms, mink can become sick and die when infected,” said the organization in a letter to provincial officials.

“At this time, the practice of mink farming is at odds with the Animal Health Act due to the close contact between farmed mink and farm staff.”

The BC SPCA added that there have been increasing cases and reports of the virus passing from humans to minks, and vice versa.

“The cramped conditions of thousands of mink on farms creates dangerous conditions or the spread of SARS-CoV2.”

Last week, Canadian actress, model, and personality Pamela Anderson penned a letter to Premier John Horgan on behalf of PETA, calling for an end to fur farms in the province.

The BC SPCA is inviting those in support of ending fur farming in BC to join their ongoing pledge.