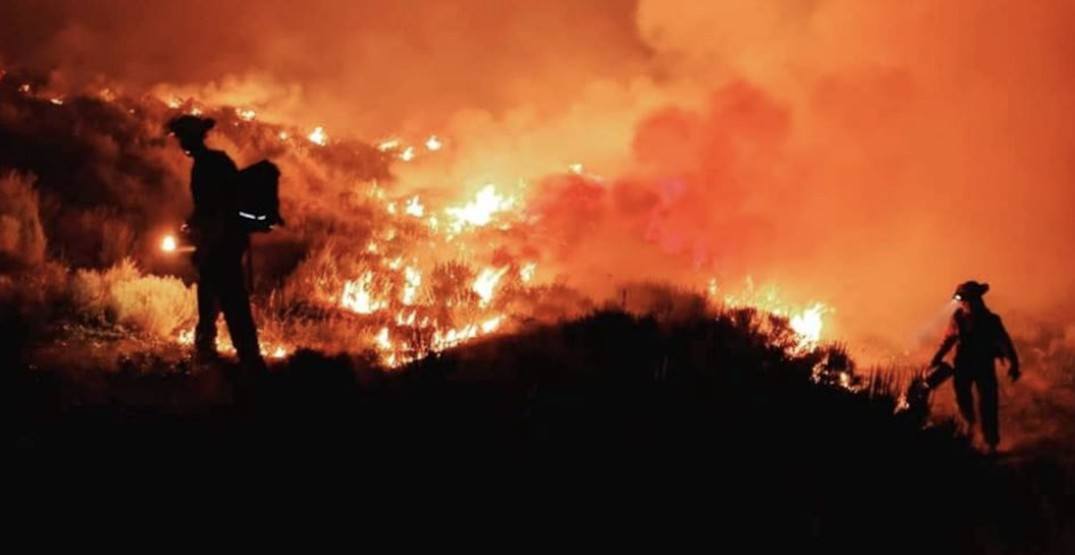 As of last weekend, BC’s wildfire season has become the second worst on record in terms of area burned.

Canada Wildfire, a partnership between the University of Alberta, Alberta Agriculture, and Forestry and Natural Resources Canada, recently compared data from the National Fire Database and BC Wildfire Service. 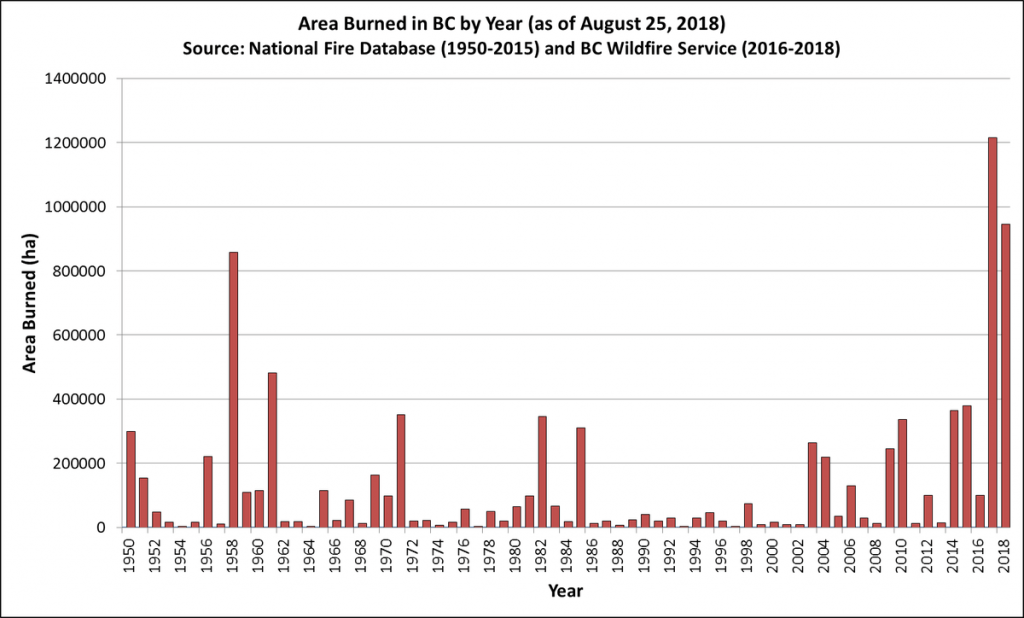 Matt MacDonald, Environment Canada Meteorologist, commented that “last year, there were fewer fires, but they were larger in size. This year, there’s a large number of fires and they’re more spread out across the province.”

Last season, an estimated total of 1,353 fires were started. Of those fires, roughly 40% were human-caused and 60% were caused by lightning. 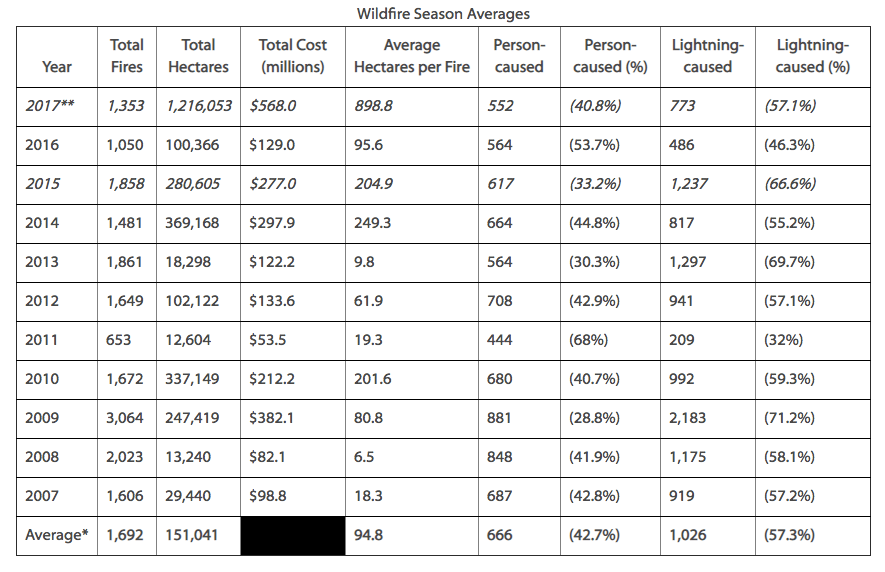 According to the BC Wildfire Service, just over 2,000 fires have sparked in the province since April 1, 2018.

…with files from Jenni Sheppard