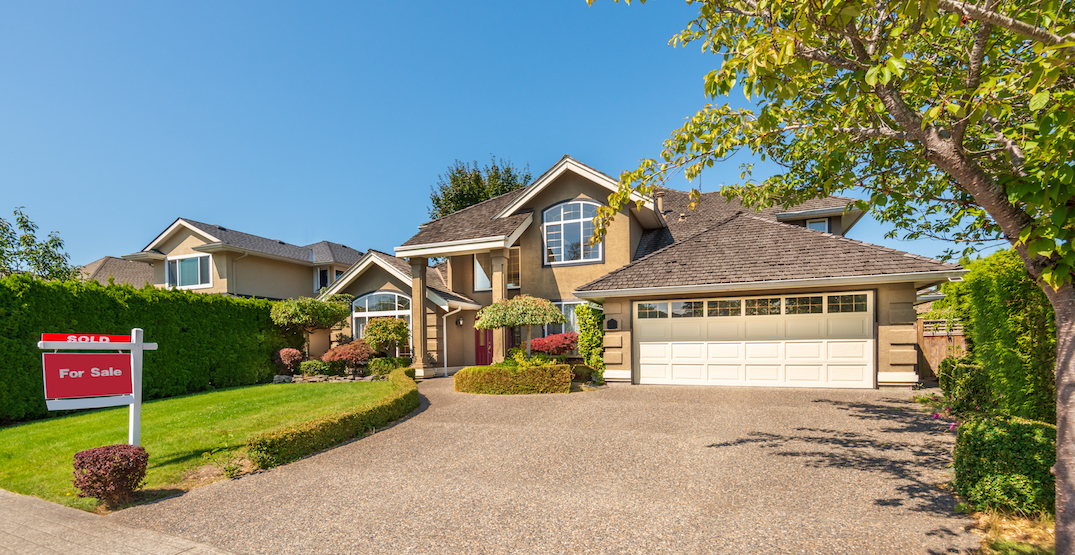 Whether you’re seriously considering buying, or just dipping your toe into BC’s skyrocketing real estate market, there’s one thing you’ll encounter very quickly if you try to put in an offer on a property these days: Almost everything is a bidding war.

Buying a home increasingly requires going all-in like a hand of poker, offering thousands of dollars more than the list price and forgoing simple conditions like an inspection or financing.

Even then, the bids are eye-watering: A condo in Tofino last week went more than $1 million over-asking, a Vancouver bungalow on West 28th Avenue ended up at $502,000 above the list price two weeks ago, and a five-bedroom rancher on West 41st Avenue went for $5.66 million in February — a staggering $1.68 million over the initial price, as bidders crawled over themselves to one-up each other’s offer.

It’s gotten so bad that major players in the real estate sector — who actually profit during bidding wars — are urging the government to intervene, for the safety of consumers.

Executives in RE/MAX, the country’s largest real estate firm, published a blog this week calling on governments to create a fairer bidding process, and on individual realtors to stop listing properties at below-market values in an attempt to spark wild bidding.

“We’ve been getting inquiries from consumers, and we’ve followed that up with talking with the regulator here in British Columbia, and the same in Ontario, and quite frankly we get a bit of a deaf ear,” said Elton Ash, executive vice-president of RE/MAX’s western division.

“I find it amazing.”

Currently, buyers are stuck in the dark when it comes to bidding. They are told other buyers have better offers on the table, but not by how much, leaving them to guess at what they might need to offer.

With such a competitive market, properties end up selling for tens or hundreds of thousands of dollars more than they are worth. That over-inflated sales price then drives up the value of other nearby properties, which in turn are subject to their own bidding wars, repeating the cycle.

“It’s just this frustration from consumers, and even from ourselves, about what can we do to try and bring about a more transparent process to this,” said Ash.

Ending the blind bid practice is something major banks have also called for, including BMO.

“This would keep the sale price from settling well above the price of the next willing buyer, and keeps the comparable more appropriate for the next property to list in that location,” BMO wrote in a report in March.

“While this won’t cool the market on its own, it would limit the ballooning that we’re now seeing in a very tight market.”

One reform could be to allow buyers and sellers to see the other offers. Or, governments could set standard increases for bids, so that the top buyer doesn’t overshoot the last offer on the table by hundreds of thousands of dollars. Currently, writing a series of standard increases into an offer — such as $2,500 increments until you are the top bidder — is illegal, said Ash.

“There is an obvious answer — which is auctions,” said Ash.

In Australia, real estate is sold at a public auction in which everyone physically gathers on site and bids in person until there’s a winner.

Ash said RE/MAX at one point years ago seriously thought about introducing auctions on a more formal basis to customers, but discovered in consumer research that most people consider auctions to be a sale of last resort.

“They are taking risks”

It’s not clear if the BC public, or politicians, are willing to go that far. But people are clearly upset. The Real Estate Council of BC, which regulates the sector, said last month it’s seen a 42 per cent increase in inquiries and complaints so far this year.

“Many of the consumers we are hearing from now feel like they are in a race,” CEO Erin Seeley said in a statement. “They are making decisions under pressure, and they are taking risks that they may not fully appreciate.”

Those risks include waiving home inspections, which means buyers could miss serious and expensive problems with their homes in the bidding rush to buy them.

Other measures banks and economists have highlighted that could cool the real estate market including raising interest rates, strengthening mortgage stress tests and exploring a capital gains or speculation tax on principal residences to discourage those that are buying and flipping for profit.

The BC government has pointed to Ottawa as responsible for many of those reforms, saying only the federal government can influence interest rates and redefine principal residences.

But the province, through its provincial real estate regulator, could do something about bidding wars.

Finance Minister Selina Robinson said in a statement that she does control rules and regulations over bidding, and they are part of a continued review of potential measures to cool the housing market.

“We are looking at all tools available to the provincial government to protect people during volatile periods, as they make these significant decisions,” said Robinson.

That’s not good enough, according to Ash, who said he and his colleagues at RE/MAX are urging the province to back up its previous election promises on affordability.

“If there was an opportunity to address some of the affordability issues due to these escalating prices and try to bring some sanity to the market, now would be the time to put your dollars where your mouth is.”