BC Premier John Horgan is still the second most popular premier in Canada five months into his first term, according to a new study by Angus Reid.

The online poll, conducted between December 7 and 14, asked 5,413 Canadians for their opinions on premiers across the country.

Some 49% of BC residents surveyed approved of Horgan’s job performance as leader of a minority BC NDP government five months into his first term.

Overall, in terms of popularity, Horgan was second only to Saskatchewan Premier Brad Wall, supported by 53% of Saskies initially polled, even as he is about to retire.

And the premier with the lowest approval rating in the country was still Ontario’s Kathleen Wynne, who garnered just 20% support from the Ontarians surveyed. 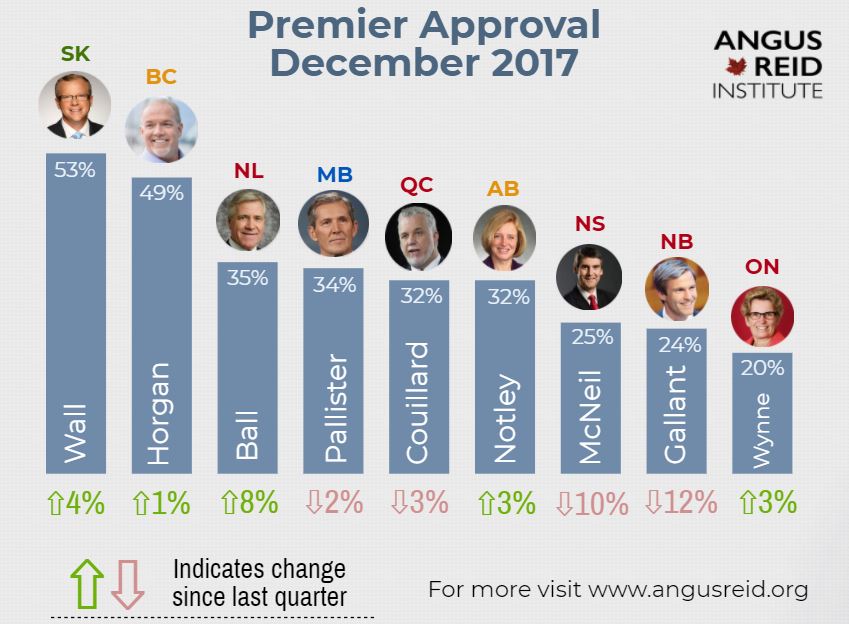 By comparison to previous BC premier Christy Clark, Horgan’s current approval rating is 7% higher than any Angus Reid rating for Clark over her entire term.

Worth noting, 36% of BC residents questioned said they disapprove of the new BC premier and 15% were still unsure or didn’t know what they thought of Horgan.

Also worth noting is that most of this questionnaire was conducted before Horgan announced his approval of the controversial Site C dam project on December 11.