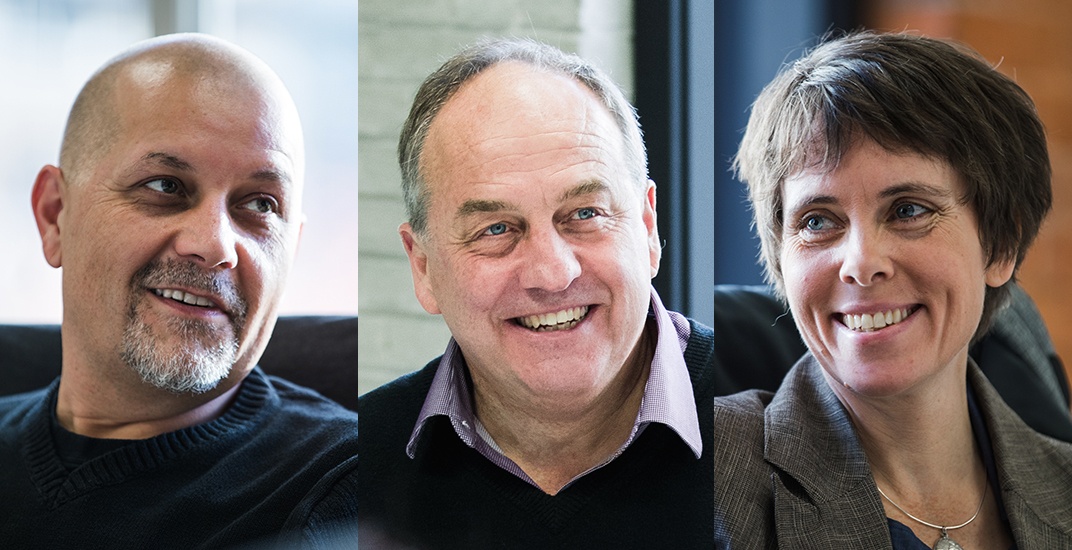 In an outspoken interview with Daily Hive, the BC Green Party say they are “dragging our government kicking and screaming into the 21st century.”

It’s been four months since the BC NDP minority government took power, with the support of the BC Greens in the form of a confidence and supply agreement.

This new legislature followed months of political uncertainty, after a close election left parliament hung, and the BC Greens holding the balance of power.

As a result, the BC Liberals lost, Christy Clark resigned leaving her party without a leader – and the BC Greens have official party status in the BC Legislature.

Last week, Daily Hive sat down with BC Greens leader Andrew Weaver, and MLAs Sonia Furstenau and Adam Olsen, to find out what life in the new “Leg” is like.

Furstenau believes the three of them are “redefining politics in British Columbia.”

“As somebody that’s paid attention to politics my whole life, the monumental situation that we’re in is not lost on me,” said Furstenau.

“It’s extraordinary, and so what an absolute opportunity and blessing to be part of this.”

BC Greens are a ‘subversive, disruptive force’

More dramatically, Olsen explains they are “shaking the foundation of the place.”

“What is characterizing this time is disruption,” said Olsen. “I’m excited about being that subversive, disruptive force in this old stone building.” 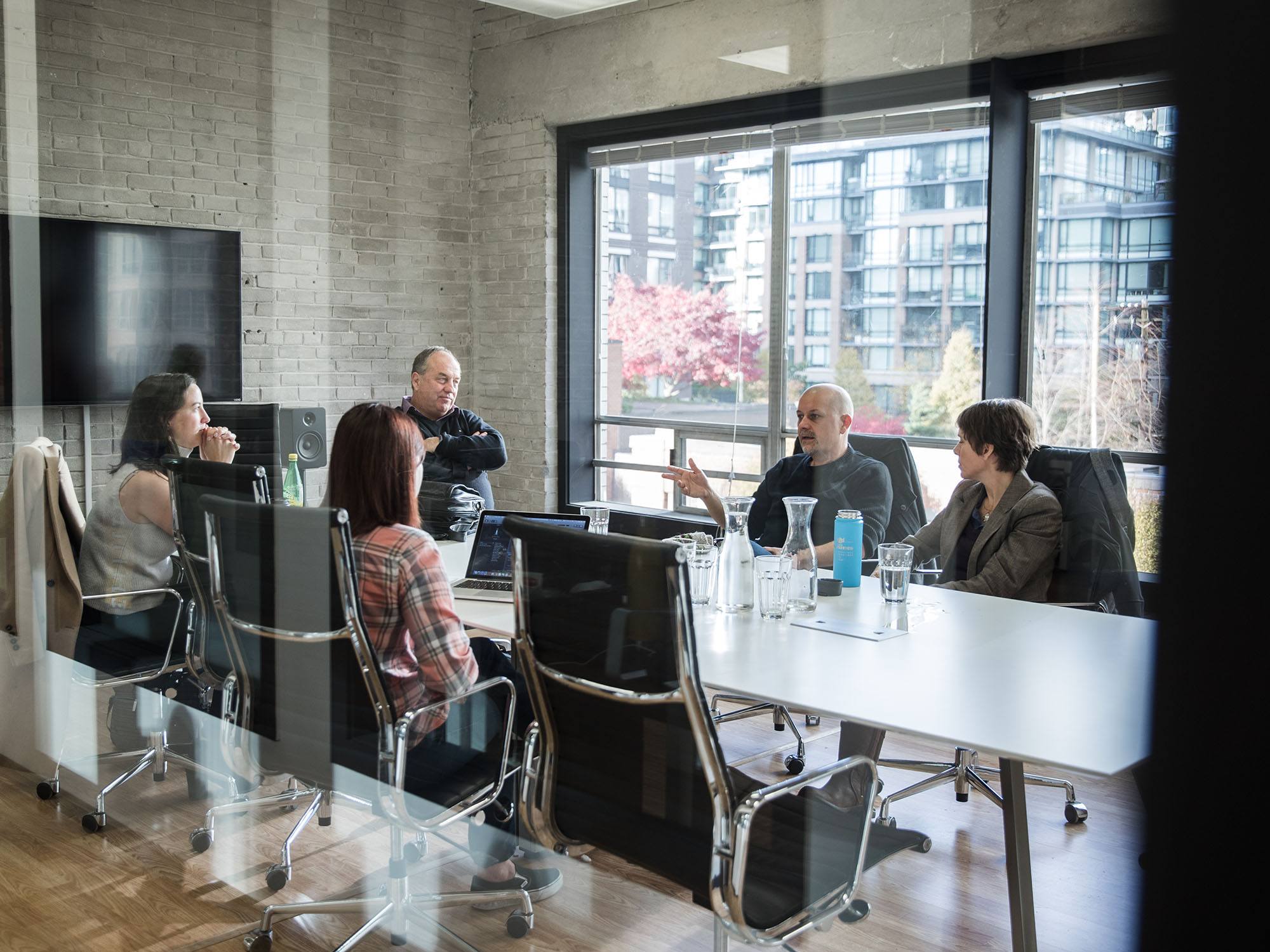 That disruptive force is one of collaboration, instead of the biting adversarial politics usually seen in the BC Legislature, and around the world.

The BC Greens are involved in drafting any legislation included in their agreement with the BC NDP, and frequently introduce their own Private Members’ Bills too.

But Weaver said they also aim to hold the government to account in Question Period, reminding them of what they promised, and demanding answers.

“Sometimes I think people don’t understand how you can actually work together and have a disagreement at the same time,” said Weaver.

“It’s interesting to try to see how the media try to grasp that… If we disagree, like adults, we’ll just go home and say we disagree.”

“For me, what’s really important is that we continue to demonstrate that we can function and work with whoever at any time.”

Olsen observes the BC Liberals, the official Opposition, are “completely uncomfortable with relating differently to one another.”

“I would say that we’re playing a really important role in the legislature, dragging our government kicking and screaming into the 21st century,” said Olsen.

“Even the government is, I wouldn’t say uncomfortable, but it’s unusual for them. We have a completely fresh and different perspective on BC politics.” 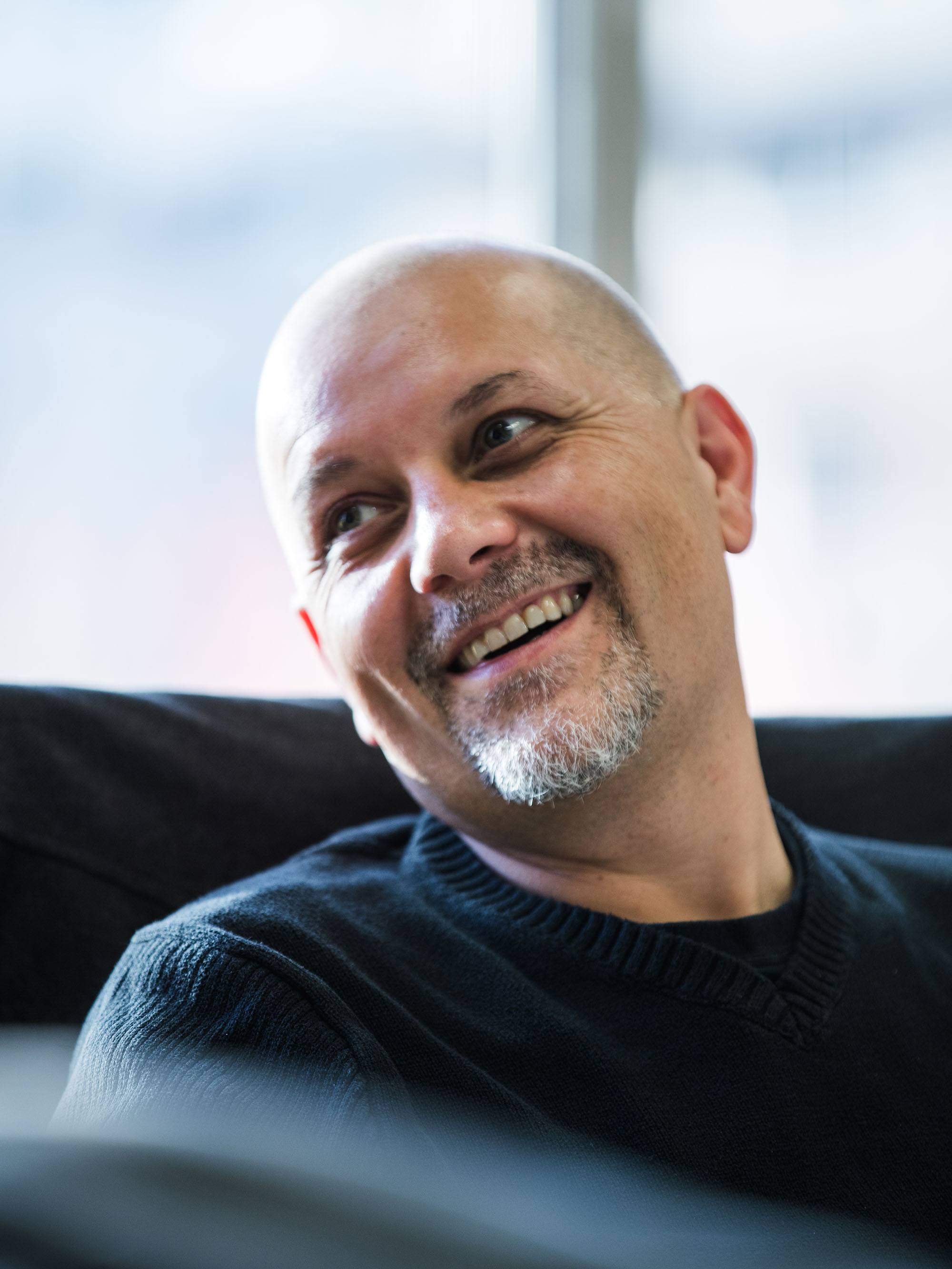 That fresh take seems to be paying off. In the last four months, the BC Greens have seen much of their campaign platform and agreement with the BC NDP ticked off.

That includes bills that will likely redefine the BC Legislature, by reforming political financing, lobbying, and professional reliance.

A referendum on proportional representation is set to be held next year, and the new Fair Wage Commission is intended to ensure the minimum wage keeps increasing.

As well, an Emerging Economy Taskforce and Innovation Commissioner are being established to develop BC’s economy for a technological future.

‘We’ve been prepared to debate every bill’

For Olsen, the BC Greens’ biggest success so far has been the capacity the three MLAs and their staff of seven Millennials have shown in the Legislature.

“[We’re] not just functioning in the legislature, but actually kicking ass in there. We’ve stood up and been prepared and ready to debate every bill,” said Olsen.

“We have a basketful, literally a large basket full of ministries that we have to be critics and spokespeople on.”

“We have dozens, if not hundreds, of riding issues that we’re dealing with. We’re hosting regular monthly community dialogue sessions.” 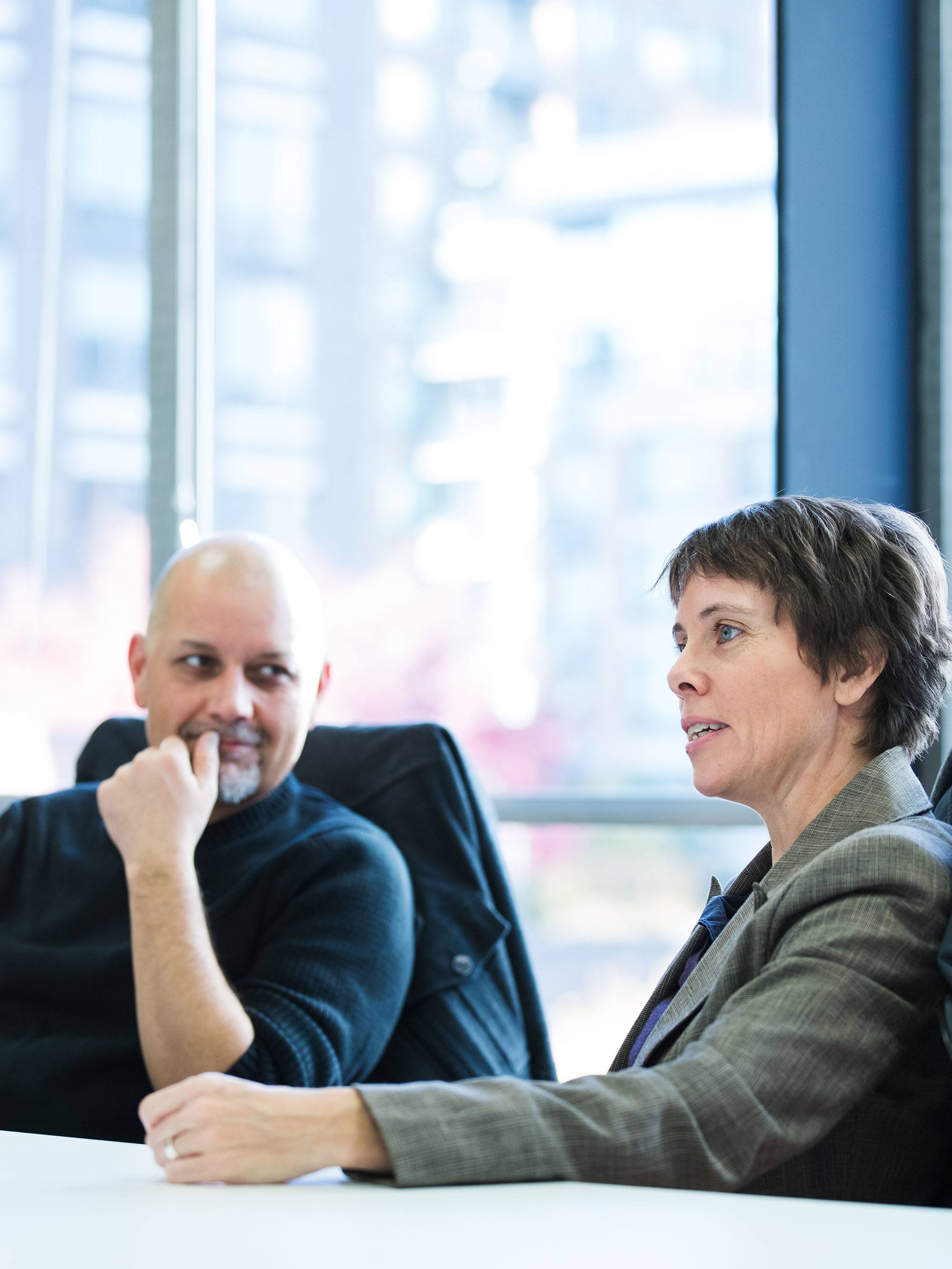 Olsen is right about their workload.

He and Furstenau also work on different aspects of Environment and Climate Change.

She and Olsen also work on different aspects of Forests, Lands and Natural Resources, and are both critics of the Attorney General’s office.

“If there’s something that really kind of blows my mind it’s that we have just an unbelievable capacity in this group,” said Olsen.

Quite. But while Weaver has already served four years as MLA for Oak Bay-Gordonhead, Furstenau and Olsen are both new MLAs this legislature.

And it hasn’t all been plain sailing.

‘Mindblowing inflexibility’ of the BC Legislature 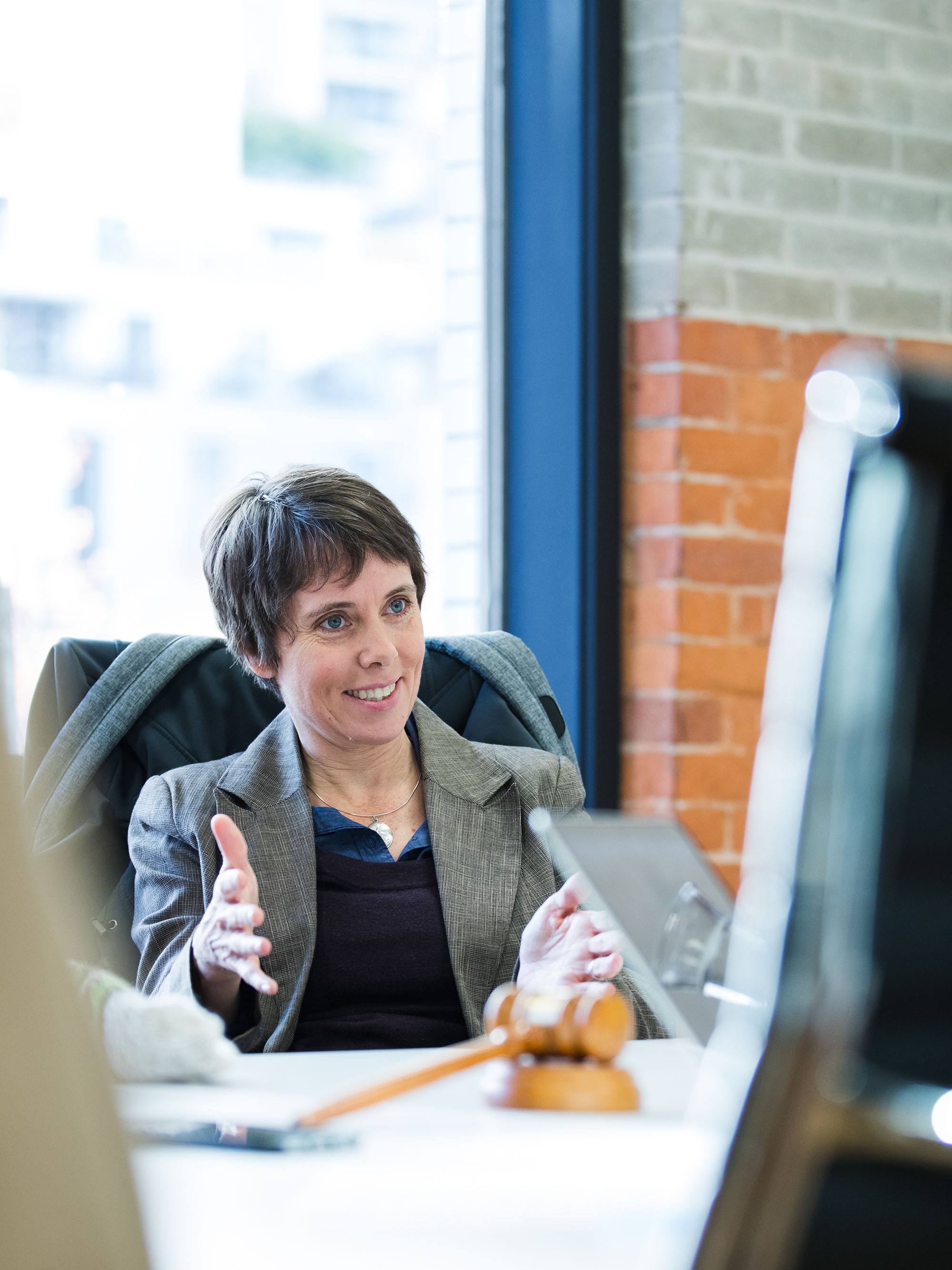 Furstenau says she was shocked to find the BC Legislature had a “complete lack of connection” to reality.

“It’s the distance between what’s happening out here… and then you go into the Legislature and particularly with the BC Liberals, it’s like none of that exists.

“The world out here, it seems like they’re completely divorced from it.”

Olsen agreed, saying his biggest disappointment so far is finding government  “so rigid, so inflexible, so stuck in the mud as it is.”

“The inflexibility, the lack of creativity and innovation there is mindblowing,” he said.

Delays to the introduction of rideshare, a strategy on affordability and housing, and dealing with the fentanyl crisis are symptomatic of that inflexibility, says Olsen.

‘We’re just trying to do what we think is right’

For his part, after four years as the sole BC Green Party MLA, Weaver says Olsen and Furstenau are a breath of fresh air and “don’t know how good they’ve got it.”

Instead, he says, his biggest problem is the cynicism he faces, from people convinced that no matter what politicians do, they’re in it for themselves.

“You see a suspicion that anything you’re doing is somehow some sort of conniving kind of plan for some Machiavellian scheme,” said Weaver.

“What they don’t understand is that sometimes we actually do what we believe in and it’s not all a game… We’re just trying to do what we think is right.” 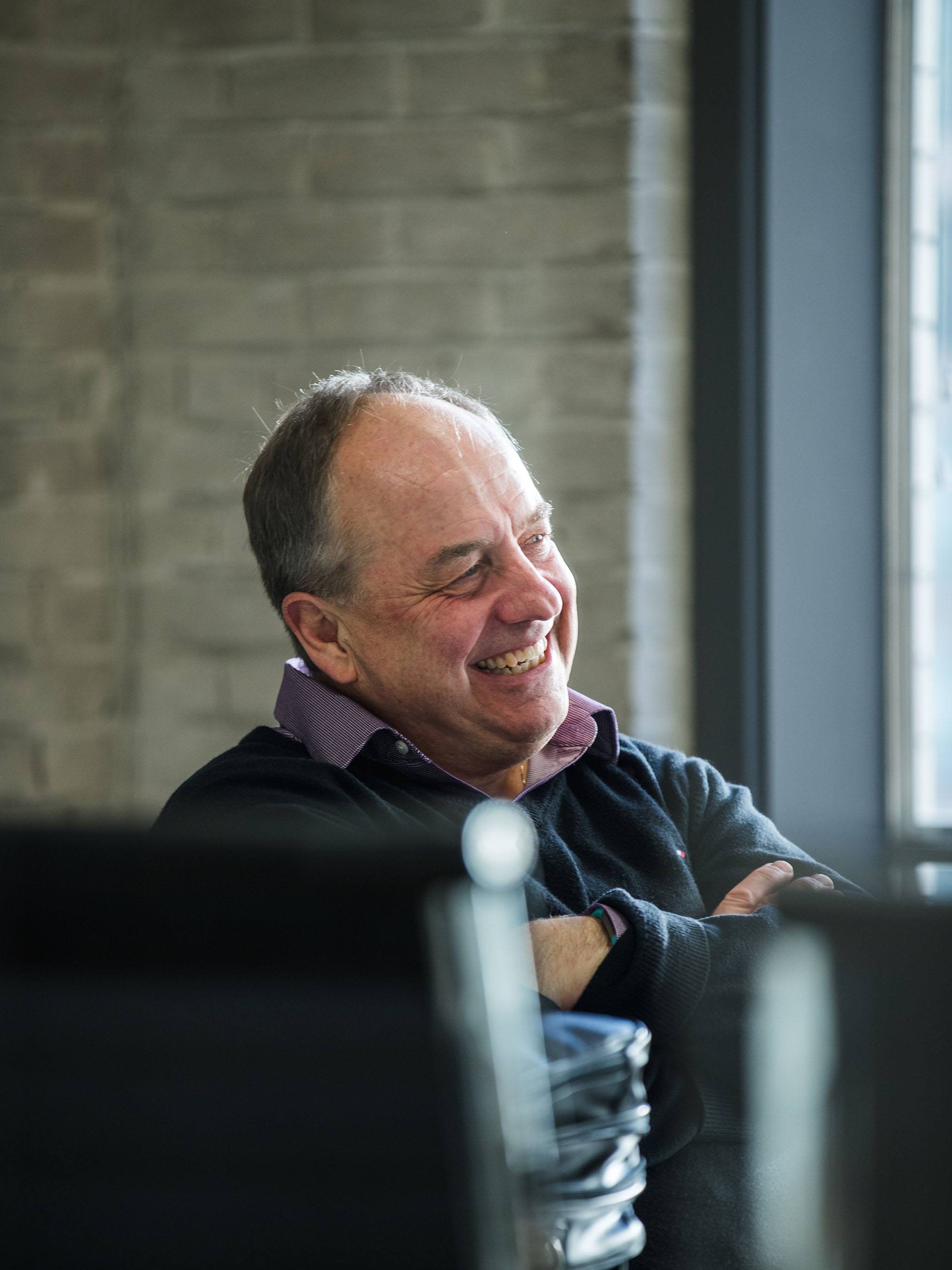 So what next for the BC Greens? For Weaver it all comes down to that referendum on proportional representation next year.

“I think the real referendum is going to be on, ‘Can you actually work as adults in the legislature?” said Weaver.

“We’re going to spend a lot of time trying to let people know what the benefits of proportional representation are.”

“We’re not going to change democracy, unless we actually reclaim it.”