Crews have been working around the clock at B.C. Place Stadium since early last week to install a new and improved playing turf in time for next month’s FIFA Women’s World Cup matches.

Burnaby’s Centaur Products Inc. was contracted by PavCo in March to remove the old turf and install a new synthetic turf manufactured by Germany’s Polytan.

The new state-of-the-art turf has a pile height of 60 millimetres, which is 50 per cent higher to allow superior shock absorption, ball roll and ball bounce play. It meets FIFA 2-Star and World Rugby Regulation 22 standards, requirements that must be met in order for the stadium to become a venue for the Women’s World Cup and World Rugby Sevens Series Tournament beginning in March 2016.

However, the main beneficiaries of the improved field of play are the Vancouver Whitecaps and B.C. Lions, who play their home games at the stadium.

Spectators and television viewers will also notice a considerable colour difference with the playing surface. Light green and dark green filaments are used to provide the turf with a more natural look and exceptional HD broadcast presentation. 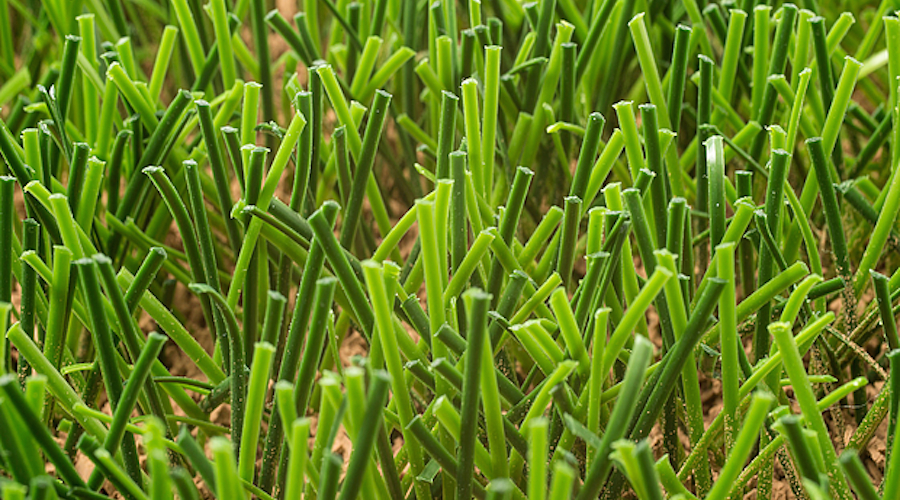 The first Women’s World Cup matches will be held at the stadium on June 8. A total of nine matches will be played at B.C. Place, including a quarter final match and the championship final.

According to B.C. Place spokesperson Duncan Blomfield, turf installation remains on schedule for a late-May completion.

The cost of the replacement is $1.327 million, with $827,000 contributed by PavCo and the remaining $500,000 funded by Canada Soccer and Rugby Canada. With funding provided by the two national sport governing bodies, the crown corporation decided to fast-track the turf replacement.

The old Polytan turf surface and in-fill will be donated to the City of Surrey for Newton Athletic Park’s Soccer City.

“The turf from BC Place is a quality turf and can be re-used safely for outdoor playing surfaces,” Blomfield told Vancity Buzz.

“While it no longer meets the needs of BC Place, it is suitable for a facility or organization that would be able to install the turf on a properly prepared field. The timing of the installation at Newton Athletic Park will be confirmed by the City of Surrey.”

Got infill? Yes we do! These bags contain the infill from the old turf (small particles) that are placed between the blades of turf. #newturf #turfupgrade #turftime #turffacts #funfacts #bcplace #vancouver #igers #stadium

Ever wonder how much filler goes into a #soccer turf field? A lot! #bcplace #vancouver #womensworldcup #behindthescenes