Last week the iconic B.C. Place dome was deflated, very slowly (see the time lapse video here) and it signaled the end of an era as the giant marshmallow left the Vancouver skyline forever. Presently, the roof still hangs at least for the next few weeks, after which, the material is to be cut and recycled into tents (think Cirque De Soleil) and maybe some of the leftover material will be sold to Lululemon to create a  new M.C. Hammer style parachute yoga pant. You never know.

Construction of the new dome and the adjacent yet to be named casino will begin (preliminary work has already started) shortly. Just to give you an idea as to what kind of changes to expect, here are some photos of the draft plans (click on the images for a larger view) around BC Place. 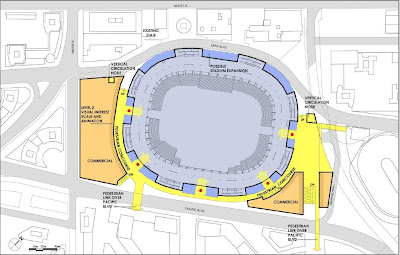 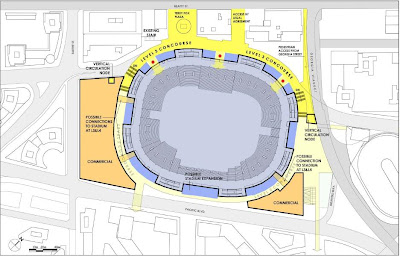 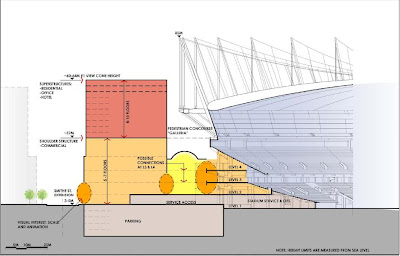 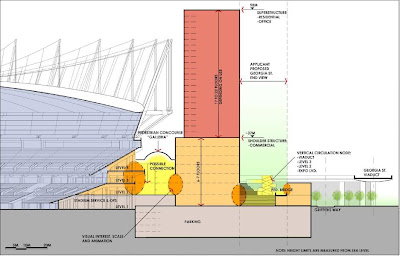 Now I know many of you hate the new roof idea. Perhaps, the hatred stems from the simple fact that the BC Liberals came up with the idea and we all know how NDP lovers get when the Libs plan something.  Politics is so childish isn’t it? Others, simply hate sports and would rather see the money (even though the majority of the project is financed  from the Casino development) put to better use, like community gardens and stuff.  The rest hate change of any kind. I on the other hand, like the new roof and think it’s a worth while investment, especially since we as tax payers aren’t paying for most of the renovations.