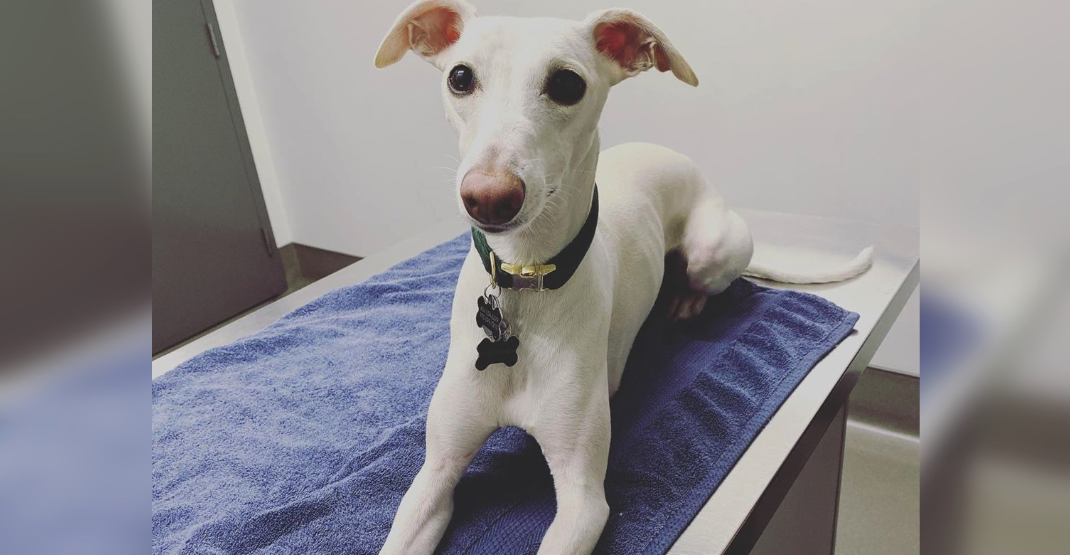 A Vancouver dog owner is warning others to take extra caution for their pets when they’re out in the cold after she says her one-and-a-half-year-old Whippet named Ghosty was injured in Whistler by an electrical heat trace, designed to melt ice, underneath a staircase.

Tempest Graham posted to Instagram, sharing the “traumatic day,” which resulted in two visits to the vet.

In a phone interview with Daily Hive Vancouver, Graham said it happened when she was walking Ghosty down a staircase near Whistler Peak Lodge on their way into the village — and that’s when she heard her puppy shriek.

“I have never heard her scream like that before,” Graham said.

“My husband and I just picked her up and we were trying to figure out what had happened,” Graham said. “Then I immediately thought, ‘There was a bunch of salt on the ground.'”

Graham said that’s when a man ran up to them to say that Ghosty was the second dog to get injured on the staircase that day.

After speaking with the man, Graham said she brought Ghosty down the stairs and put her paws into a mound of snow, “just in case it was salt, and because [her paws] were bleeding and they were all cut up.” 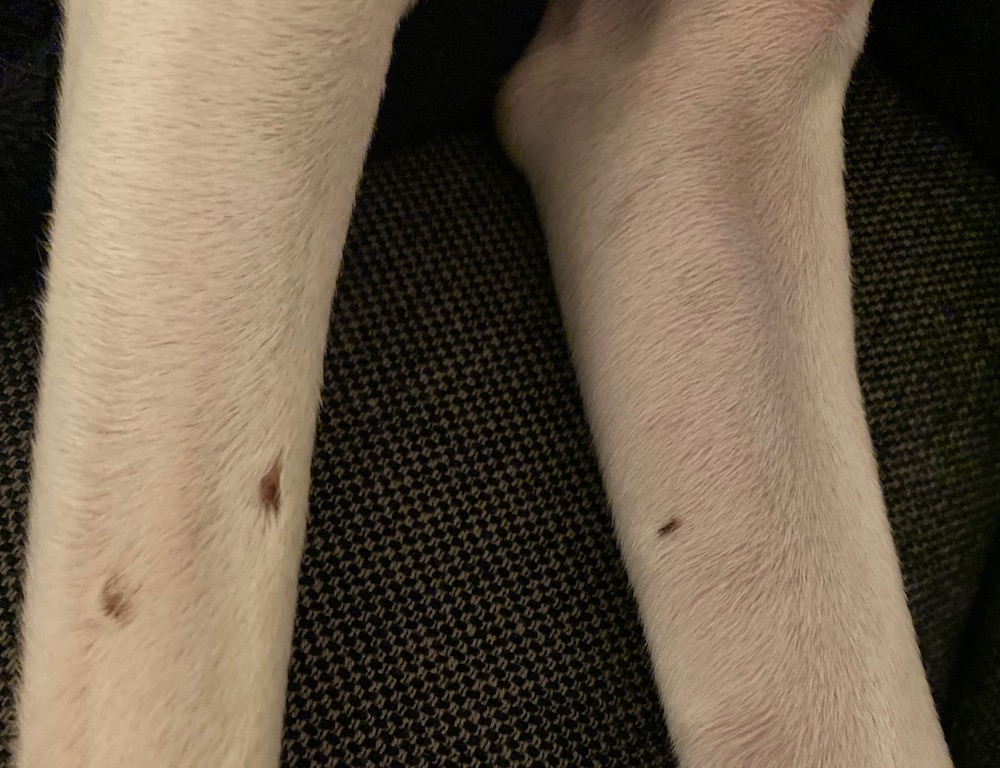 Owning a dog-walking business, Graham said she knows that when dogs do walk on salt, it can irritate the animals, “but it never cuts up their paws.”

Graham said when she spoke to the city, it advised her that the stairs are not owned by Whistler but that it has heard of this happening to other dogs there, and that it might be the heat trace malfunctioning underneath the staircase and zapping the animals.

Graham said she then reached out to Whistler Peak Lodge but did not immediately hear back.

Graham then called her vet to say Ghosty was “electrocuted” and was told, “You need to bring her [Ghosty] in now and get her checked up. She might have some different issues that can happen later on.”

On the way back to Vancouver, Graham said she heard back from the lodge, which apologized for what happened to Ghosty and explained that it doesn’t own the staircase, but provided the responsible party’s contact, which is the strata. 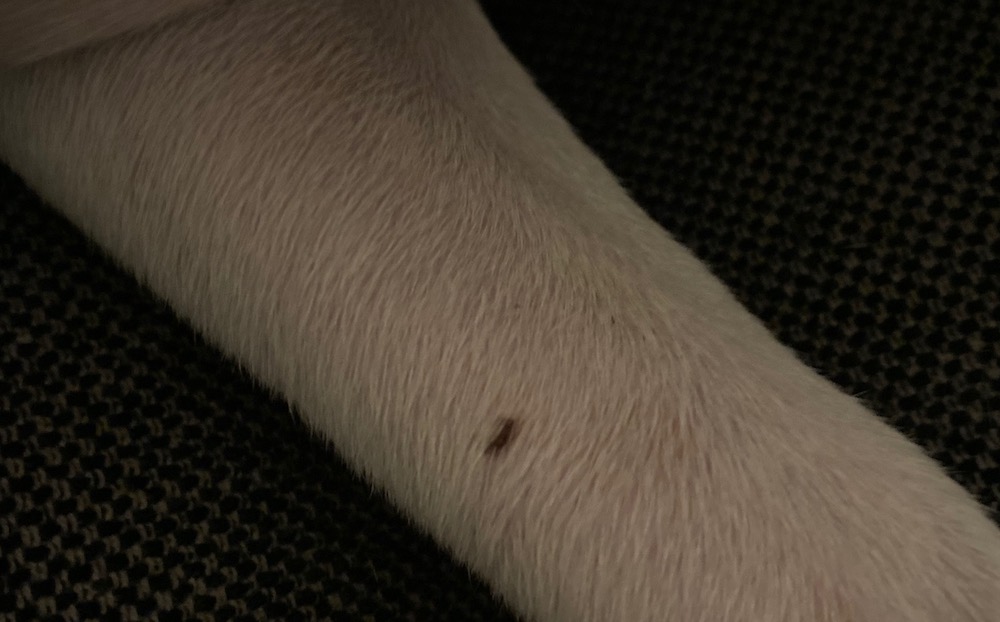 On the Instagram post Graham shared about Ghosty, Whistler Peak Lodge commented that after the incident with the dog, it had turned off the heat trace until it could be repaired.

Graham said she’s still trying to get in touch with someone from the strata and the lodge to speak with directly, because she’d like them to pay for her “couple hundred dollars in vet bills.

She adds this is a cost she shouldn’t have. “It shouldn’t have happened, [the heat trace] should’ve been turned off the first time the City came out and spoke to them.”

“It just seems like that [the strata and Whistler Peak Lodge] don’t care,” Graham said. “It could’ve been worse. It could’ve been a kid that touched it… It should still be handled in a better way.”

Graham said that if Ghosty was wearing her dog boots, this wouldn’t have happened to her, but “the average person like me doesn’t think, ‘Oh these stairs are electrical.'”

As for Ghosty, Graham said the puppy is recovering. “There was a couple days where she just wasn’t herself; she wasn’t feeling very good,” she said, adding that Ghosty even had depression. 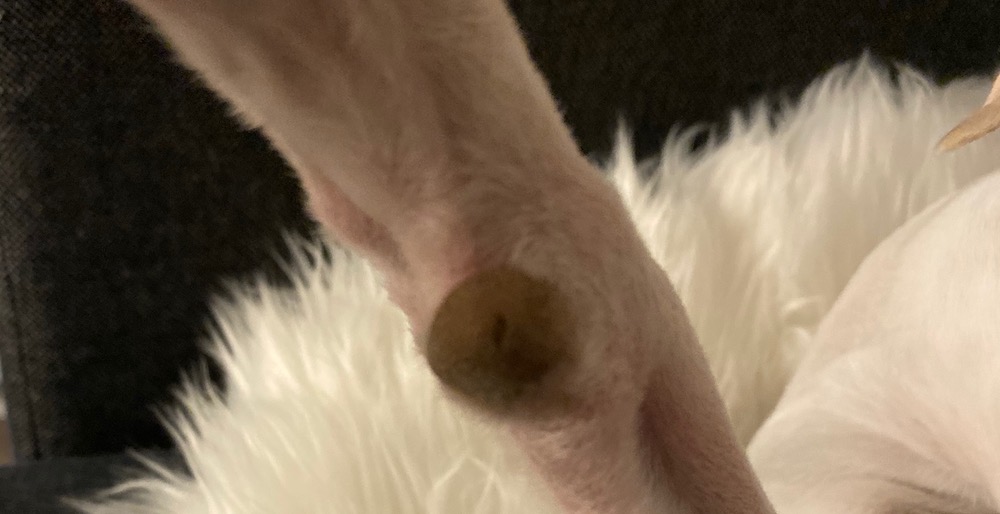 In a statement to Daily Hive, a ResortQuest Whistler spokesperson, the company that manages Whistler Peak Lodge, wrote that it was made aware that Ghosty was injured on the stairway proprietary to Whistler Village Centre.

“The stairs where the incident occurred are not owned nor controlled by ResortQuest Whistler,” adding, “upon learning of the circumstance, we quickly communicated this to Ghosty’s owner, and notified the responsible party, the Whistler Village Centre strata, to request they rectify the issue. As we understand it, the strata is working to fix the stairs expediently to eliminate further risk to Whistler Village Centre visitors and tenants.”