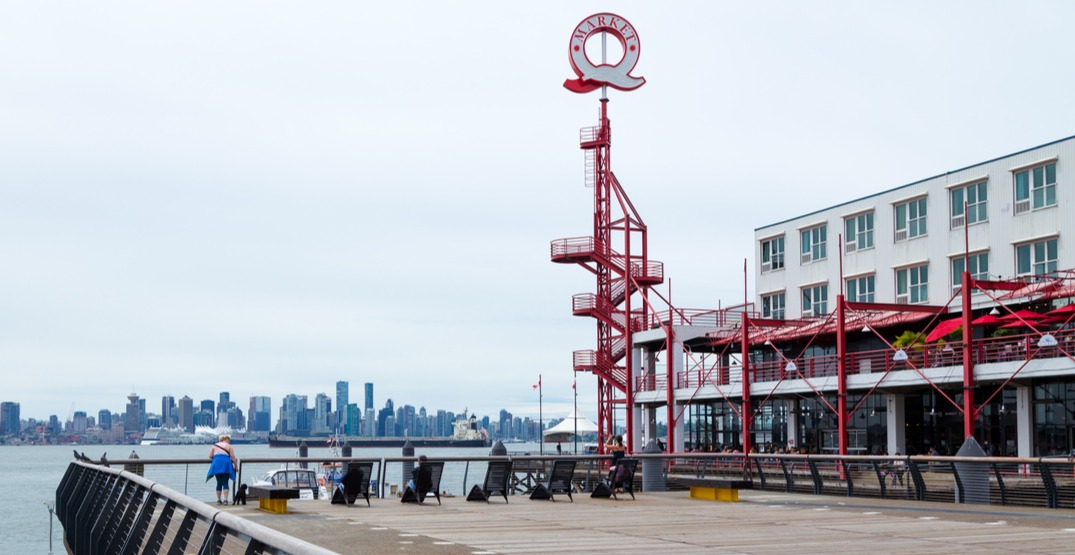 Lonsdale Quay market in North Vancouver, not far from where the dog was fatally electrocuted. (Shutterstock)

After a dog was fatally electrocuted while walking on a sidewalk in North Vancouver, the dog’s owner is now suing the city in response to what happened.

According to court documents, the woman and her husband were out for a walk with their dog Coby on the south side of Carrie Cates Court, by the loading bay area of Lonsdale Quay, in February of 2018.

While they were walking, Coby, who was on-leash, allegedly stepped on a grate that was on top of a junction box, “at which point he yelped, jumped up, and died as a result of being electrocuted.”

When Coby’s owner bent down to touch the dog, “she felt an electrical-type pain in that whole arm, and felt Coby’s stiff, and what appeared as, a dead body,” the documents read.

Attempts were made on the spot to resuscitate Coby, but the dog – who was seven years old – was already dead.

Making matters worse, was the fact the death of Coby was not the first incident to take place in the area.

According to the documents, another dog suffered injuries in the same area in 2017, after being electrocuted close to the junction box, as well.

And the evening before Coby’s death, yet another dog suffered non-fatal injuries after being electrocuted in the location, as well.

After these first two incidents, “the city, FortisBC and/or Cobra Electric were aware, or ought to have been aware, of the dangers of electrocution in relation to the junction box.”

As such, lawsuit claims that the city — which was “responsible for inspecting and approving all work conducted in the area” — failed in its duty of care to ensure the sidewalk was for general public use by “neglecting to exercise reasonable care” in:

The claim says the city “ought to have known” that the couple and their dog — along with other members of the public — “would be exposed to the electrified junction box.”

As a result of the incident, the claim says Coby’s owners have “sustained severe emotional injuries, and suffered loss and damage” including, PTSD, shock, sleeplessness, anxiety, anguish, “loss of enjoyment of life,” and an injury to the woman’s right arm.

The city has not yet filed a response to the claim.