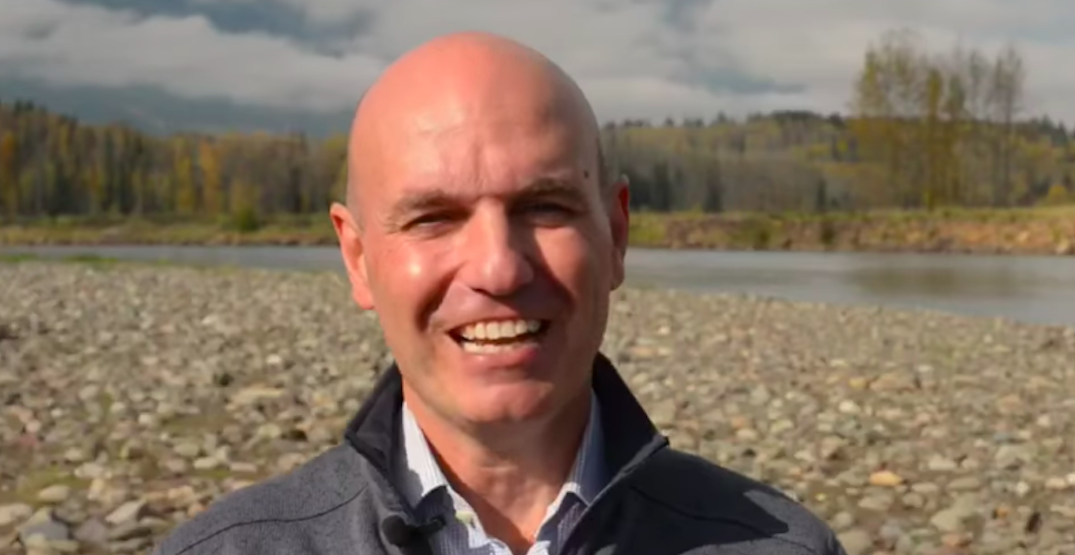 A BC NDP candidate in Northern BC is facing backlash over comments he made regarding a BC Liberal candidate in his riding during a candidates forum late last week.

In a video, Cullen’s voice can be heard degrading Jones’ chances in the election, as well as his nickname.

“He’s not well-liked in his — he’s Haida — in his own community,” Cullen can be heard saying to someone. “The guy’s going to get a bedrock 20%. Like, his name is Kinkles!”

Video of the incident was shared on Twitter, which Cullen responded to, stating that he apologizes “unreservedly” for his comments. “I need to, and will do, better,” he adds.

I apologize unreservedly for my comments and have done so personally to Roy. I need to, and will, do better.

In the wake of the incident, Gitxsan hereditary chiefs have now written a letter to NDP Leader John Horgan, imploring him to part ways with Cullen.

“The Stikine region is home to one of the largest populations of First Nations people in British Columbia,” the letter states. “It has become clear, that, if elected, Nathan Cullen cannot serve or speak for those communities.”

As such, the chiefs are calling on Horgan “to remove Nathan Cullen as a BC NDP candidate.”

Anything less than this, they add, “will be a further signal of disrespect to Indigenous people in British Columbia, and inconsistent with your stated commitment to reconciliation.”

The Council of the Haida Nation also released a statement  regarding the incident, noting  that Cullen has worked hard over the years to represent all of the people of the North Coast with respect.”

"Nathan Cullen has worked hard over the years to represent all of the people of the North Coast with respect. Mr Cullen has established a good relationship with the Haida Nation and his recent comments do not warrant his resignation or an apology to the Haida Nation." — Gaagwiis

Asked about Cullen’s comments during a campaign stop, BC NDP Leader John Horgan said he talked to Cullen and  “expressed my disappointment in his intemperate comments. He has reached out to community leaders in the northwest.”