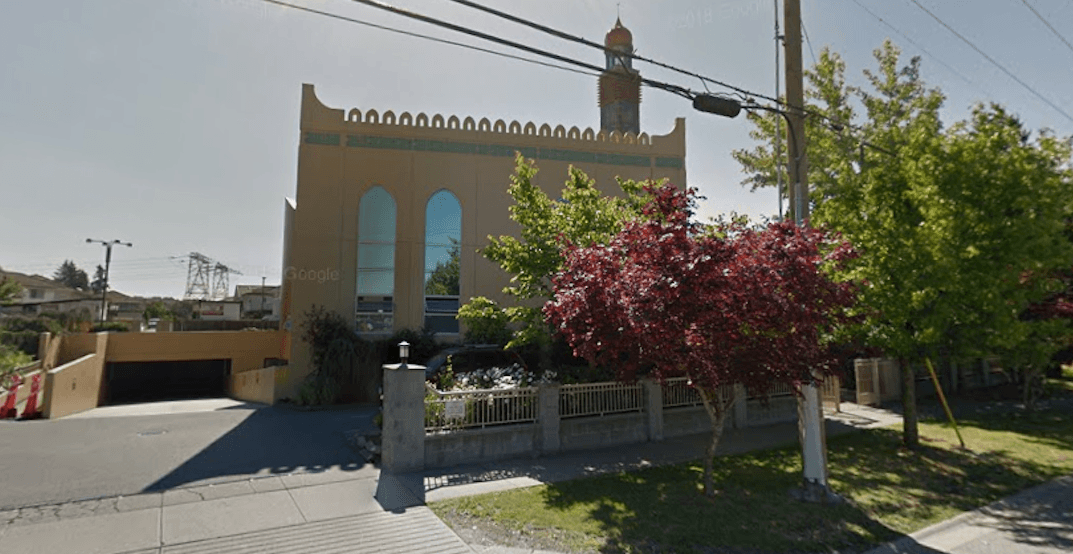 Although RCMP detachments in BC are currently “not aware of any specific threats” in the province following the terrorist attack at mosques in New Zealand, some mosques “may have an increased frontline policing presence following this event,” according to an RCMP spokesperson.

“We continue to exercise increased vigilance,” said RCMP spokesperson Janelle Shoihet. “We have strong relationships with our multi-faith communities and leaders in BC, and will be working closing with them to address any safety or security concerns.”

Shoihet told Daily Hive that in many communities, “we will have already reached out to, or will be reaching out to local Muslim communities to ensure we identify any specific safety or security concerns.”

She added that police are asking the public for continued vigilance and “if anyone sees anything suspicious to contact police. ”

Surrey RCMP spokesperson Elenore Sturko told Daily Hive that officers from the Surrey detachment have been in contact with Mosque leadership around the city.

“Many have asked for an increased police presence to help the community to feel safe as they come together for prayer,” she said. “While Surrey RCMP has not identified or received any threats to Mosques in Surrey, we will be stepping up patrols in these areas to help alleviate the public’s concern for safety.”

Sturko added that officers from the Surrey RCMP Youth Unit will also be attending Muslim Schools in Surrey in response to the attack in New Zealand.

“Surrey RCMP is and always will be standing strong with the Muslim community,” she said.

Shoihet said police “encourage all victims of hate to report these incidents to the police or community leaders so the appropriate steps can be taken to address the needs of the victim and take action against the offender.”

In Vancouver, Vancouver Police Sgt. Jason Doucette told Daily Hive that the VPD “will remain in close communication with community leaders to ensure the community feels safe and supported.”

Anyone with information about possible criminal threats to national security is encouraged to immediately call the RCMP‘s National Security Information Network at 1-800-420-5805.

The terrorist attack In Christchurch, New Zealand left 49 people dead, and 48 others injured.