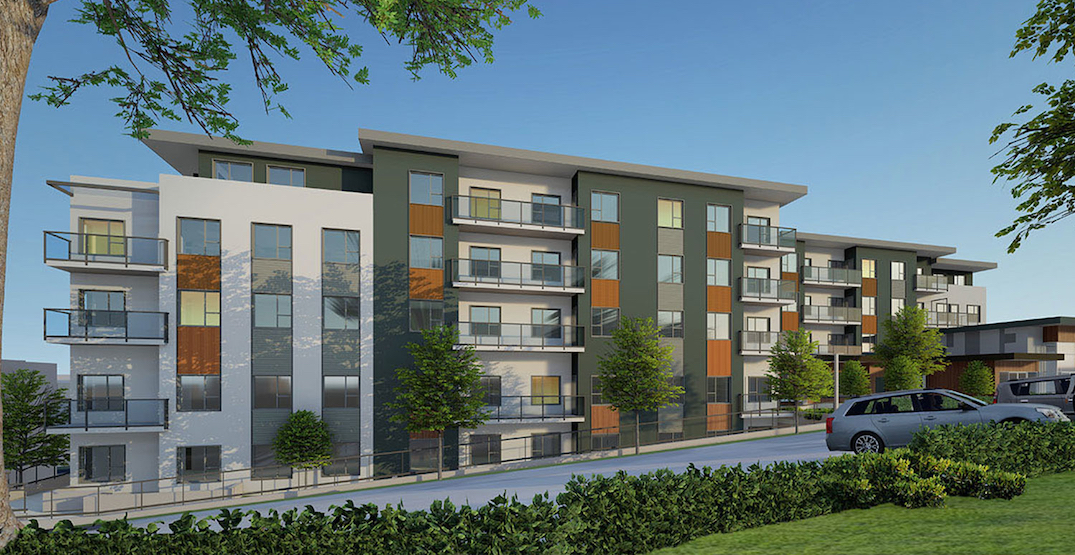 Artistic rendering of the Como Lake Church redevelopment project in Coquitlam with middle-income housing, supported by BC Housing's HousingHub program. Completion is scheduled for Fall 2021. (VIA Architecture/Pacific Mountain)

An additional $2 billion will be provided to the division of BC Housing that provides low-cost construction financing to developers to build more affordable homes for middle-income households.

As part of the upcoming 2021 budget, the provincial government announced today the program will be topped off with new additional funding to support for-profit developers, non-profit developers, and community groups constructing affordable homes. Cost savings from lower interest rates and threshold requirements will be passed down to residents through lower rents or ownership costs.

The loans are repaid after construction reaches completion, which allows HousingHub to reinvest in other projects providing additional housing.

“Two billion dollars in a rotating line of credit that builds affordable housing across this province will be transformative. Demand for specific projects from builders already exists for the full first round of funding,” said David Eby, BC Attorney General and Minister Responsible for Housing, in a statement.

“And because this money is repaid once construction is done, it will build thousands of units of affordable housing again, again and again. The only limit at this point is the time needed for municipal approval processes and the speed of construction.”

This program first launched in 2018 under the broader $7-billion housing plan over 10 years, offering a range of new affordable housing.

HousingHub mainly supports the construction of rental homes, and provides additional support for affordable homeownership projects. Rents or the costs of these homes must be set below-market-rate and remain affordable for at least 10 years.

To date, the program has supported over 3,400 new homes completed or underway for households with an average annual income of $75,000.

For example, HousingHub has provided about $12.4 million in financing to the BC division of the United Church of Canada to build about 400 units of affordable housing across four church sites in Metro Vancouver. 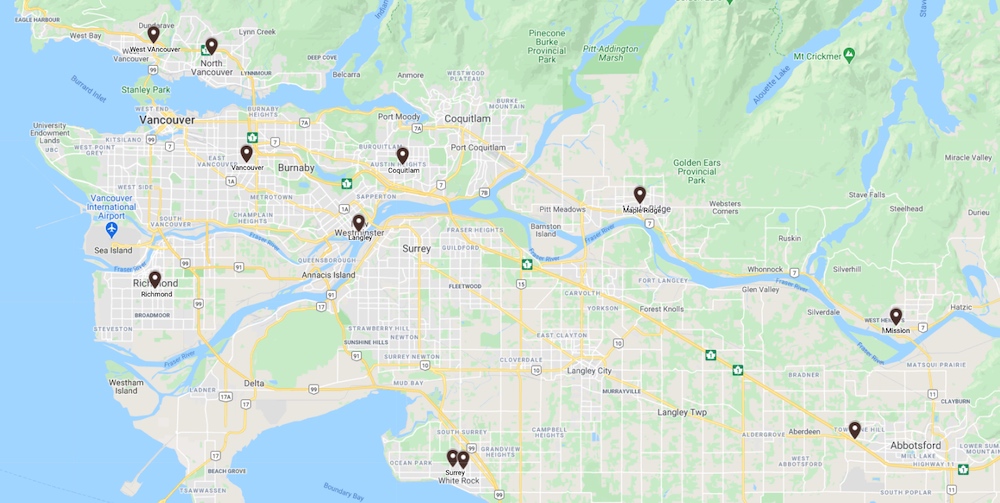 Map of new middle-income housing projects supported by BC Housing’s HousingHub program, as of April 2021. (BC Housing)