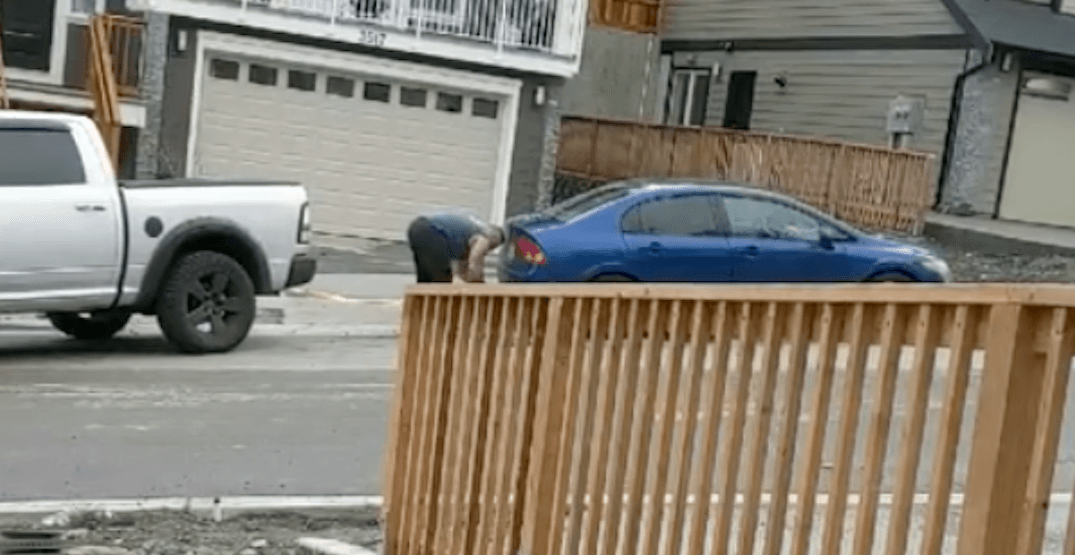 Well, that’s one way to deal with a problem. A BC man who was apparently frustrated with a vehicle parked on the road in front of his house — and blocking his driveway — decided to take matters into his own hands.

By hitching the car up to his truck and towing it out of the way, that’s how.

Adam Peyton decided to film the whole ordeal from safely across the road and share it on Facebook.

Now it seems that other people have had no trouble relating to the man’s plight as the video has now received over 42,000 views at the time of this writing.

For his part, Peyton’s description of the scenario is short, sweet and to the point.

“This is what happens when you park in somebody’s driveway,” he writes.

So, to other drivers who eye spaces like this as potential parking spots, consider yourself warned.