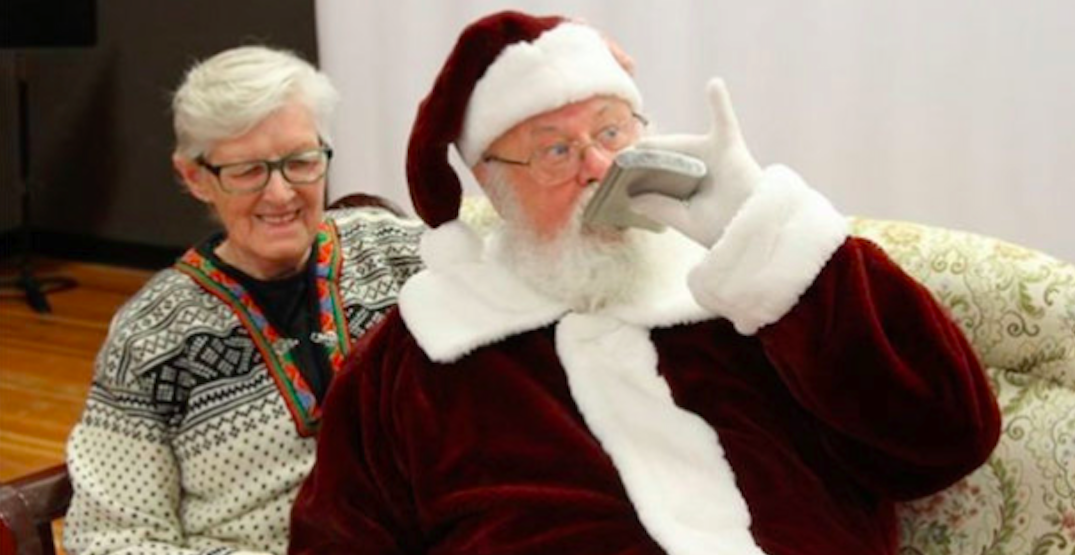 Gary Haupt never expected that taking photos in a Santa suit would ultimately cost him his job as a Santa at a BC mall, but that’s exactly what happened to the Penticton resident, recently.

Haupt had signed a contract with the Cherry Lane Mall – a shopping centre in the city – which was due to take effect, this Saturday, November 30.

That contract was ultimately terminated this week, after someone complained to the mall about Haupt wearing the jolly fat man’s suit in pictures the complainant deemed to be “inappropriate.”

The woman in the photos, though, was in on the joke.

“We have a lady that comes over to our house regularly,” he told Daily Hive. “She’s an aesthetician and does my partner’s nails in-house.”

The three of them thought it would be funny to depict Santa reaching for her breasts and pretending to be spanked. 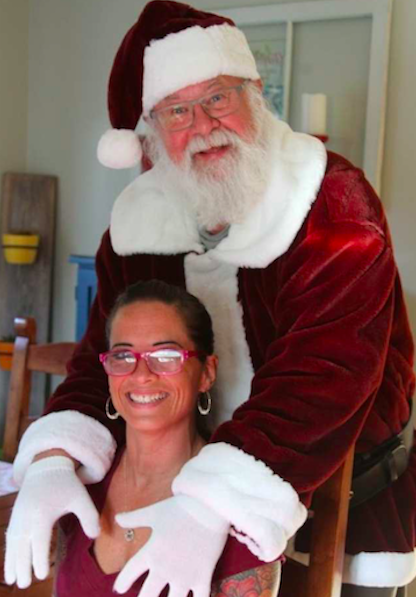 The flask picture came about as a result of Haupt attending a “civic event” dressed as Santa.

“A lady comes up to me and has a flask and wants a picture where it appears like Santa is drinking out of the flask and she’s sort of behind him.” All the photos, he added, “were actually taken by my partner.” 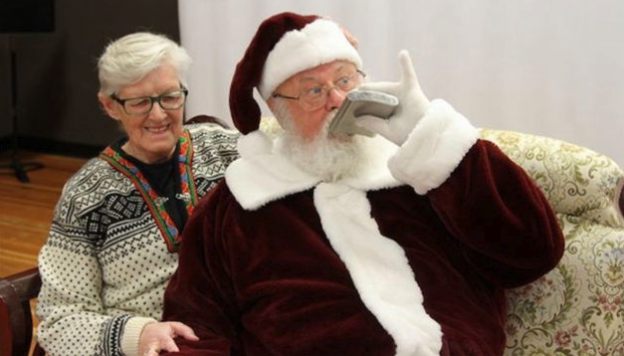 Speaking about the three photos, Haupt said people loved them and stunts like this are “not out of the ordinary” for him. “I thought it was just about the funniest thing ever,” he added.

And while the photos were popular with Haupt’s friends, family, and even strangers, they drew the ire of one person who saw them after he shared the photos on Facebook.

And it was that person who forwarded that concern onto the mall, “and the mall terminated me as a result.”

However, once word got out about what had happened, Haupt said he “received overwhelming support like you would not believe. I’m damn near a celebrity at this point.”

In light of his incident, Haupt said there were people calling for a boycott of the mall in protest of their actions towards him. However, he personally doesn’t think this is a good idea.

“I wouldn’t want to hurt people that work there,” he said. “Those people have – and had – nothing to do with this.”

Haupt said he also supports the person who made the complaint.

“I don’t think anybody should feel invalidated if they have something that they feel is a concern,” he explained, noting that some of his detractors have highlighted the #MeToo movement in their opposition of his actions.

“I can understand that – but people also shouldn’t mistake what I stand for,” he said. “I’m a huge proponent and supporter of the #MeToo movement and the rights of women to be able to go through their life and not be threatened, scared, or molested. Absolutely.”

In this case though, Haupt said the responsibility in situations like this lies with those making operational decisions at the mall – or the owners of the mall themselves – who “should have told the person making the complaint that it wasn’t the mall’s businesses and had them contact me directly.”

He noted that he “wasn’t even under contract,” when the incidents took place, “and it wasn’t on their property, or during their hours.”

Haupt said he has not heard any follow-up from the mall since the incident.

Asked why he though the story of his firing had received so much attention, Haupt speculated that some of it might have to do “with the way the story has been framed” as a “dirty” or “naughty” Santa.

“I’m not either of those things,” he said. “But that seems to be what sells.”

But all is not lost for Haupt, however. In fact, it’s very much the opposite.

“I’ve have had such an outpouring of support, and that has translated to working dates like you would not believe,” he said. “A couple of restaurants, a children’s play centre among other things; I’ve got stuff going on all over town.”

While he said he may have lost the financial compensation that working as a mall Santa for a month would have provided him, Haupt said that as far as being Santa in the city, “they’ve done me a huge favour.”