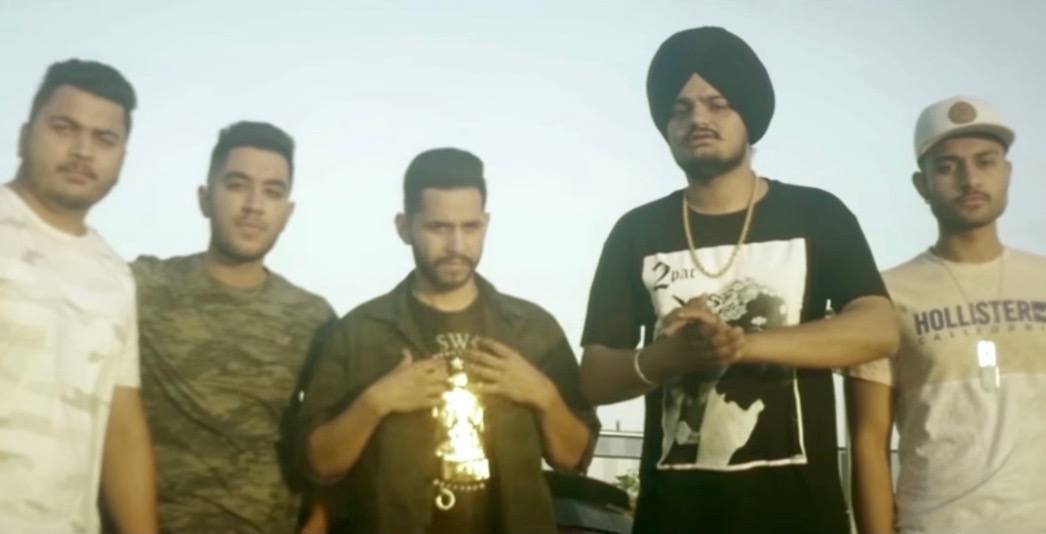 According to the 2016 Census, close to 600,000 Canadians speak Punjabi, comprising a significant portion of the 22.9 percent of Canadians who speak a non-official language as their mother tongue.

Given Canada’s language diversity, it’s not surprising mainstream media outlets have struggled to provide coverage from within Canada’s multicultural communities. When the mainstream does manage get hold of a beat (think: Air India) the tendency is to beat the life out it, ad nauseam, to the extent that an entire community becomes synonymous with that topic.

Street level dial-a-dope operations run by ‘gangsters’ of South Asian descent is another such topic, and it popped back into the news cycle again recently when Global BC published a piece on the previously overlooked ramifications of the union between bhangra music and gangsta rap: “They carry guns in South Asian gangster rap videos. In real life, many haven’t touched one.”

The piece published last week reported how this union has led to the glamourization of guns in modern-day bhangra music videos and how much of it is false bravado.

After quoting a couple of Punjabi music DJs who correctly noted the increasing fetishization of guns in bhangra videos, the piece segues to citing evidence of how nearly one-third of all targeted deaths that relate to gang violence in BC are of South Asians.

Suddenly, the story abruptly shifts from reporting on music to covering crime, suggesting a connection between these two distinct (and in this case distant) narratives.

Police are then quoted on the realities of gang life, continuing to suggest a link between bhangra and gang-banging, possibly even a causal one.

The story is problematic on two fronts. Firstly, countless academic studies have dispelled, or at least severely diminished, the link between on-screen gun violence – in movies from Scarface to video games like Grand Theft Auto – with the propensity of viewers to commit gun violence in real life, assuming they have the means to obtain a firearm to begin with.

And secondly – and here the piece really skates on the thin ice of false causality – there are no reasonable grounds to insinuate a connection between bhangra videos and the drug trade in the Lower Mainland. Just because roosters crow before dawn, doesn’t mean they cause sunrises.

The story could have just continued on reporting on the growing influence of Lower Mainland bhangra musicians on this Indian music genre, whether that be via the rise of the gangsta video aesthetic or rap being laced into the songs. This would have been a sufficiently interesting story for publication.

But – and here is where the frustration for South Asian readers commences – the story detours off-the-beaten-path to draw a tenuous connection between artistic expression and the large number of deaths of South Asian dial-a-dope street peddlers, like Surrey teen, Sachdeep Singh Doot, specifically mentioned in the article.

Through stories like this South Asian gangsta rap piece, racial profiling in media – a practice beneath normal standards of reporting – slides into the news cycle. Sometimes it is even packaged as hard-hitting journalism.

In this particular story, it’s not that criminality among Canadians of South Asian descent arises from a myriad of complex social conditions – each unique to the individual – rather this criminality is treated as a cultural trait clearly identifiable in the evidence. Afterall, just look at their music videos. Perhaps it is possible, therefore, that exposure to such videos can influence South Asian kids to join street gangs.

An analogy would be like publishing a story about country music videos, where male singers are usually pining after a female love interest, and gluing it to the issue of sexual harassment based on the fact that almost all of the (public) perpetrators of #MeToo transgressions are straight white men.

Of course, this latter example would be ridiculed for its baseless overreach whereas the former story is somehow given a pass, despite being equally flimsy in its premise. This is ‘otherfication’ happening in plain sight. The same rules of reporting do not apply equally across all subjects.

To be fair, it is unlikely the mainstream reporters working these stories harbour malevolence for their subjects. But, viewed from the deadline driven perspective of media outlets, there can be advantages in glossing over the diversity of people from minority communities. In other words, there is actually an efficiency to be gained from media profiling.

Through this practice it is possible to quickly stitch together articles by gathering quotes from three (the magic number) ‘community experts’ and then assigning their consensus opinion to a wider minority community. This permits salvaging un-newsworthy fragments into something publishable, not unlike the process of rendering bits of meat into hot dogs. One recent example of this frankfurter approach to story-telling is from The Vancouver Sun, ‘Sikhs air mixed views on NDP’s Jagmeet Singh’ which in actuality sounds much more palatable and appealing than its composite parts, ‘Two Sikh political commentators and one former politician air personal mixed views on NDP’s Jagmeet Singh’.

Profiling also provides reporters greater possibilities for angling stories thanks to the possibility that individuals from minority groups can be questioned on the behaviour of others from that community. A perfect case in point was CBC’s recent ambush of the NDP’s Jagmeet Singh last Fall on his first interview on the public broadcaster after winning the party’s leadership race. Singh was pressed repeatedly by CBC’s veteran reporter Terry Milewski on a matter pertaining to the Air India bombing. It was inconsequential to the interviewer that Singh was only 6 years of age at the time of the incident.

Through profiling, the complexity of distinct communities becomes distilled into easy-to-cover, single identifiable issues. The downside is that these issues are usually negative in nature and become the lens through which all individuals from these groups are judged by wider society. These singular issues leave little space for any other coverage.

Through the 80s and 90s, Sikhs in the Lower Mainland were trapped within the prism of the Air India storyline. Even annual Vaisakhi celebrations, or charitable causes such as the annual Sikh Nation Blood Drive, became transmogrified into stories about Air India terrorists or local sympathies for an independent Sikh state.

Around the same time, Chinese in the Lower Mainland became locked into the narrative of the ‘monster home’ – itself a pejorative term coined by the mainstream. Reporters covering the issue, these days, of offshore wealth inflating Vancouver real estate prices have been careful not to assign this a Chinese racial component, but given the monster home coverage of the past, this sentiment lingers on the edges of the current narrative and saturates comment sections on a daily basis.

This type of stereotypical coverage that grants stage dominance to the young South Asian male street dealer, the turban wearing fundamentalist extremist, the devout Muslim, the unscrupulous Chinese businessman, and so forth, does attract click-thrus but it is also incredibly divisive, and ultimately alienates these communities from mainstream outlets.

In the modern fragmented media environment it is easy for news consumers to tune in where their views are already being affirmed and where every issue does not circle back to a dominant and negative narrative.

And, with the advent of ‘fake news’ as a way to dispel or tune out what anyone simply does not want to hear, media profiling, it seems, is becoming more and more of a two-way street.

But let’s be clear, profiling is on the wrong side of that street.