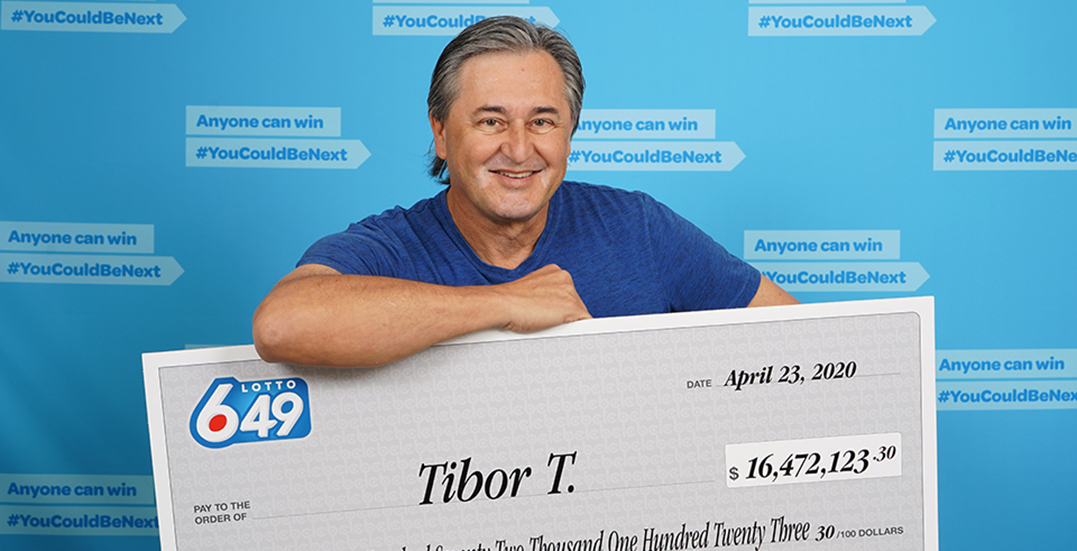 British Columbia’s newest Lotto 6/49 winner found out about his lucky break at the most unlikely of places.

Tibor Tusnady was at home in the bathroom when he found out he had matched all six numbers of the April 15, draw. Specifically, he was sitting on the toilet when he won the massive $16 million jackpot.

“I googled the numbers and finished,” Tusnady said. “I took my ticket out and checked and just went blank. I tried to take a deep breath, let it register, and went back and checked again and again.”

Here’s to hoping that his hands were clean before checking a second and third time.

Tusnady says that he waited the night before finally telling his wife and eventually, his relatives across Canada and Hungary.

“Eventually, we fell asleep,” Tusnady explains. “The next day, after lunch, I held my wife’s hand and said ‘Look, I have something to tell you and I don’t want anything to change with us.’”

The Metro Vancouver resident plans on travelling with his family once travel restrictions are lifted. He says that his wife gets to pick their first destination and “promises that it will be first-class all the way.”