It was a bittersweet 25-16 win for BC Lions over the Montreal Alouettes on Thursday night. The Lions lost Travis Lulay midway through the first quarter when Als linebacker Kyries Hebert took the Lions’ starting quarterback down from behind after he scrambled out of the pocket. It was initially suspected that Lulay suffered a torn medial collateral ligament, but Leos head coach Jeff Tedford is unsure about whether or not he will miss any playing time or what his current timetable is.

For now, 34-year-old John Beck may very well be penciled in as the starter next Sunday at home against the Ottawa Redblacks. Even with Lulay receiving more than a week to rest and recover, the former Most Outstanding Player in 2011 hasn’t been himself all season, and a change of scenery at the QB position could end up benefiting a young Lions team that has yet to fully find its footing offensively. 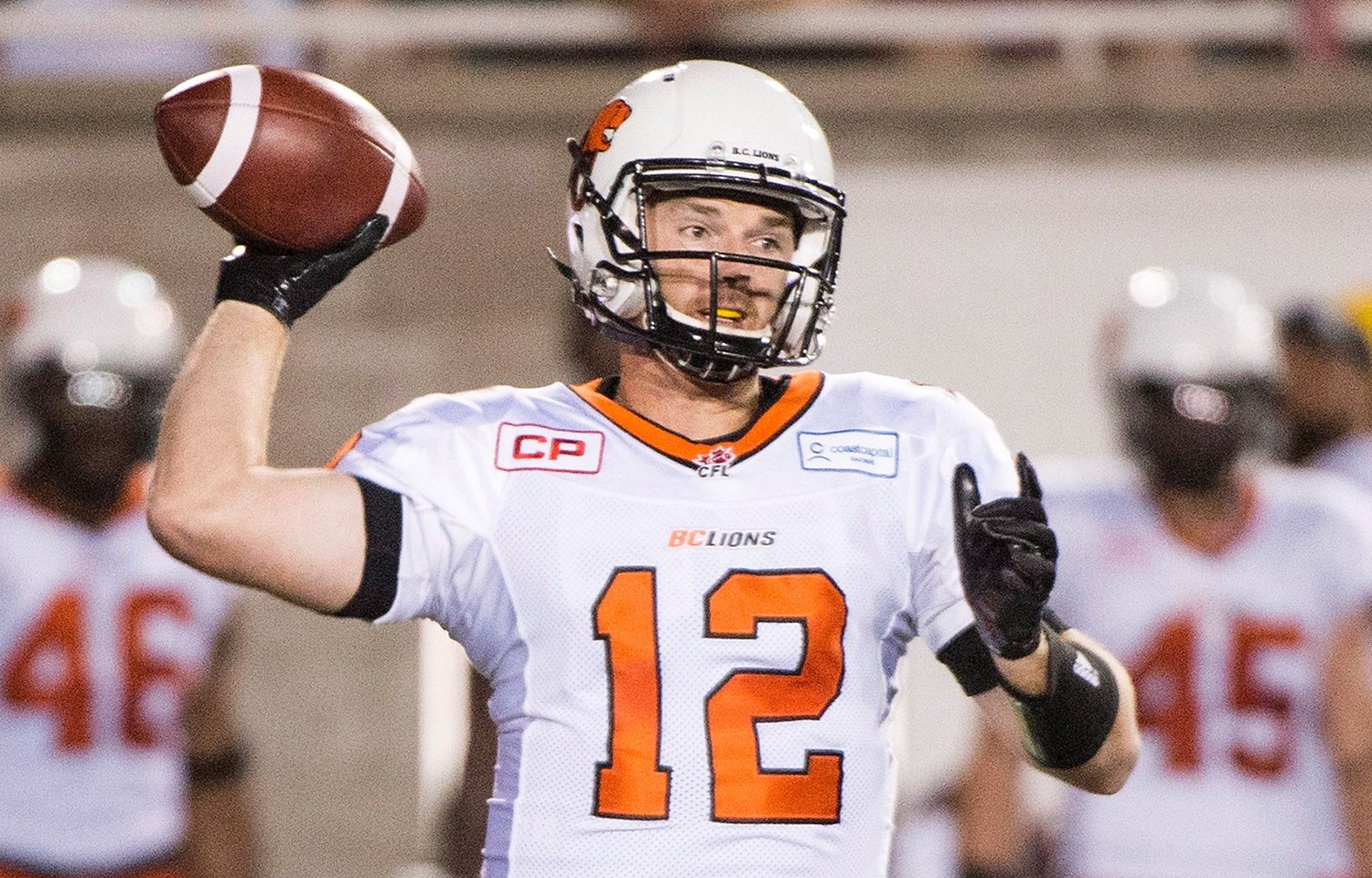 Although Beck threw two interceptions on Friday, Coach Tedford said afterward that Beck showed a lot of poise in a hostile environment considering that he was sidelined in training camp and the preseason with hepatitis.

Beck’s three-plus quarters of action Thursday were the most he’s seen since joining the Lions in 2014. The former BYU star held a QB Rating of 141.3 through four seasons in the Mountain West Conference, his best year coming in 2006 when he threw 32 touchdowns to only 8 interceptions.

*UPDATE: Lulay is out 3-6 weeks with an MCL sprain

The NFL journeyman played in only nine NFL games over six seasons with the Miami Dolphins, Washington Redskins and Houston Texans, who released him midway through the 2012 season.

After being out of professional football for a year and a half, Beck signed with the BC Lions on March 4, 2014 to be the team’s backup quarterback. In his first year in the CFL, Beck completed 19 of 41 pass attempts for 287 yards, with 5 touchdowns and 0 interceptions. He attempted at least one pass in eight games, but never attempted five passes in any one game.

Typically, this is the the time of year when CFL teams bring in players recently cut from the NFL, but Tedford has no immediate plans to bring in another signal-caller from south of the border. Rookies Jonathon Jennings and Greg McGhee, currently on the practice roster, will move up the QB depth chart.

The Lions (4-5), third in the West Division and in danger of missing the playoffs, are likely to bring in some NFL castoffs in the near future. It might just be at a different position.