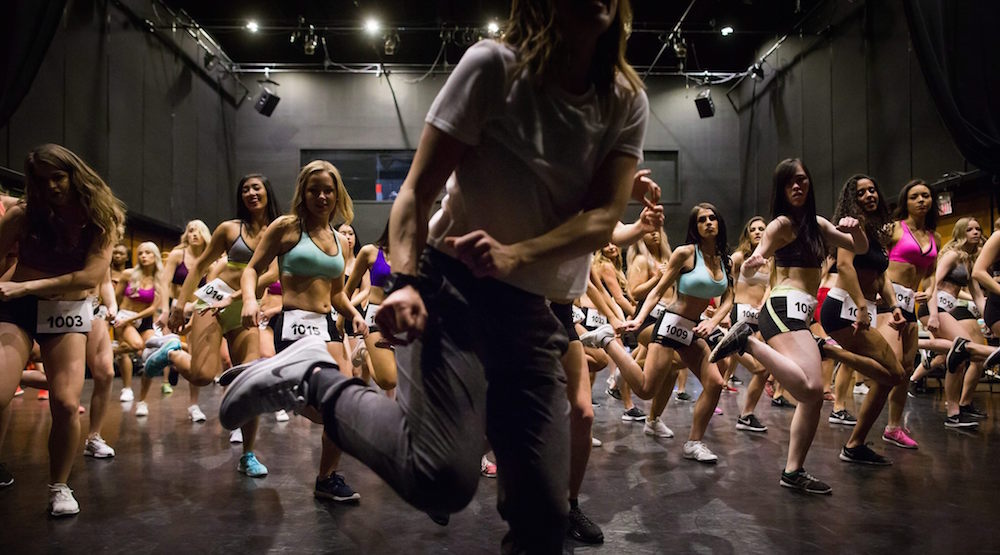 Don’t let the hair, makeup, and big smiles fool you, there was nervous energy in the air at the 2017 Felions Dance Team auditions on Sunday.

Veterans mixed with first-time hopefuls picked up new moves and dance gracefully across the floor in front of a panel of six judges – which included Virgin Radio hosts Jonny Staub, Holly Conway, and Nira Arora this year – at The Dance Centre in downtown Vancouver. 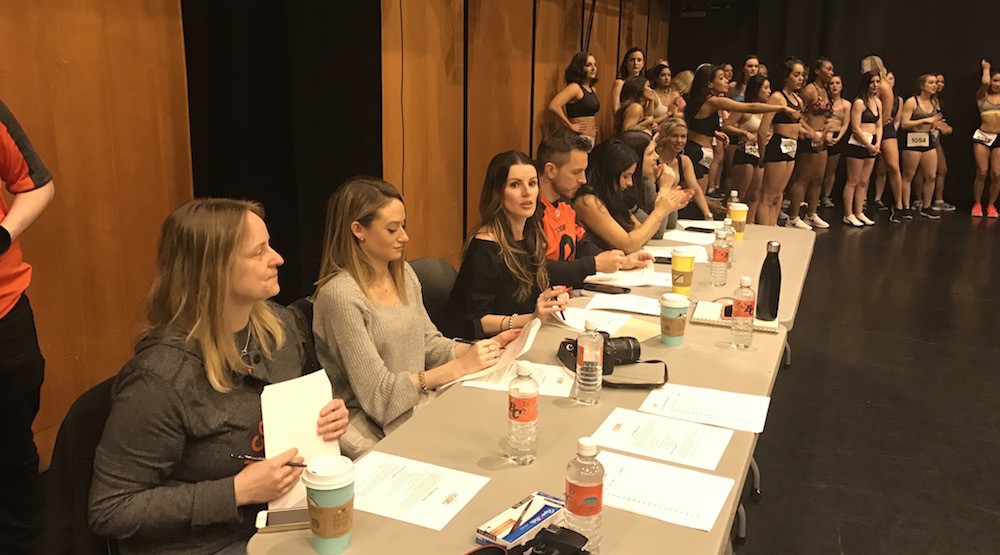 From 112 auditionees, just 50 made it to Monday’s interviews, with 40 dancers to make up the final team.

“I’m very nervous. I haven’t done many auditions before,” said Makena Searle, a first-time auditionee who was unfazed by the complex choreography.

Paula Zerpa, a member of the Felions for three seasons, has advice for newcomers like Makena.

“If you forget something, improvise, do your best, and always smile.”

While the young women cheered each other on, make no mistake, this is a competition. And the judges are watching.

“It’s difficult doing it in front of judges,” experienced Felion Brittany Gorman said. “I’m sure these girls can kill it on any day, but then they come here and they freeze up in front of a judge or get nervous.”

For some, the nerves proved to be too much. Twenty dancers were asked to leave after the first hour.

Why do these dancers they put themselves through this?

“It’s the best job in the world,” returnee Desiree Armstrong said, unable to wipe a big smile off her face.

The Felions will have a new vibe this season, as experienced choreographer Dana Dixon joins the organization. She plans on bringing a hop hop element to the field this season.

“The energy in here is amazing, and that’s something that I thrive on,” said Dixon, who was an NBA cheerleader with the Grizzlies during their final two seasons in Vancouver. “I wanted to bring that right away, with the warm-up even, and I think the girls all felt that energy from me. Let’s have a good time, let’s have fun.”

Thank you to all the girls that came out for the Felions Dance Team auditions!💃

If you think you know what the Felions are all about, chances are, you don’t.

Brittany, who is entering her fourth season with the Felions, said that biggest misconception about the team has to do with their level of intelligence.

“People think we’re uneducated,” the well-spoken returnee said. “Personally, I have a university degree, I’m going to RMT school for my second degree, I’m a registered holistic nutritionist. We have lawyers in here, we have accountants. There’s so many smart, beautiful girls.”

So why dance for the Felions? They love to dance, of course, but all returnees Daily Hive spoke to had similar reviews about being on the team. What they cherish most is the bond with their teammates.

“It’s just such a family. It’s like a sisterhood,” Desiree, who is entering her third season with the Felions, said.

“I found my best friends in here,” Paula, a Felion for three seasons, added. “You are a team and you grow together.”

The BC Lions gave the Felions something to cheer about last year, finishing the season with a 12-6 record.

Not only do the Felions perform in front of fans at BC Place on game day, they make a number of appearances in the community, including visits to the BC Children’s Hospital. 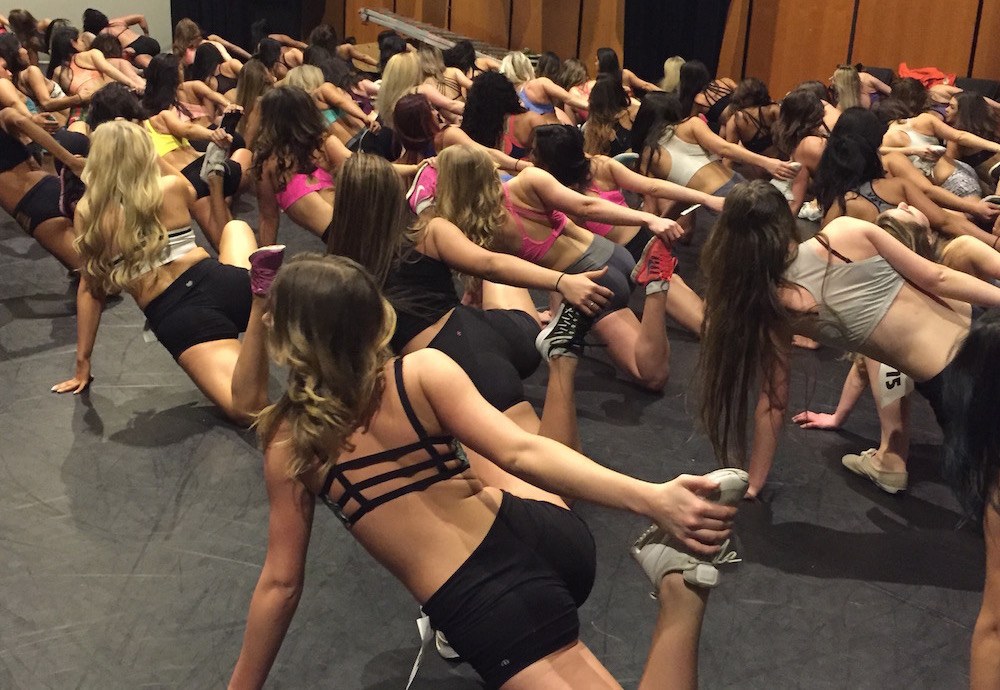 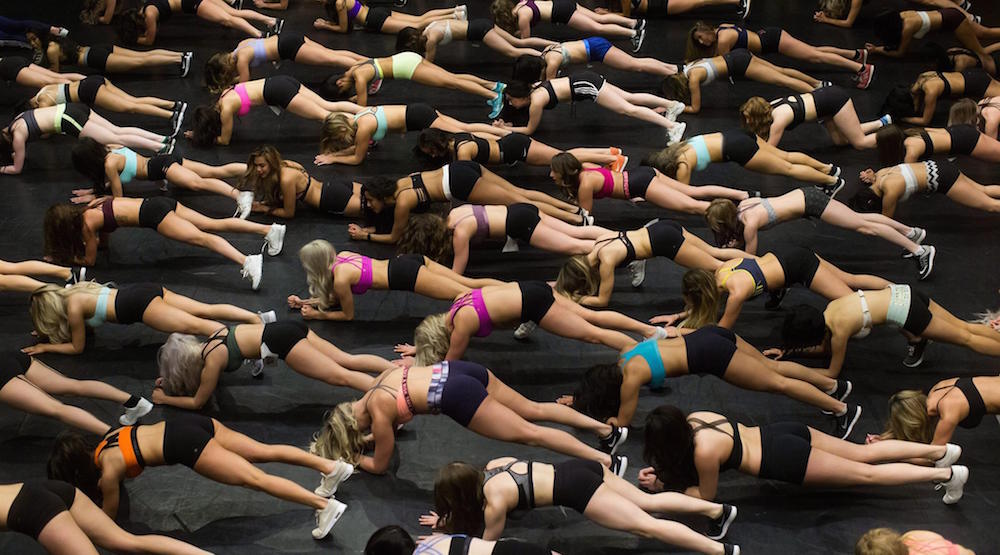 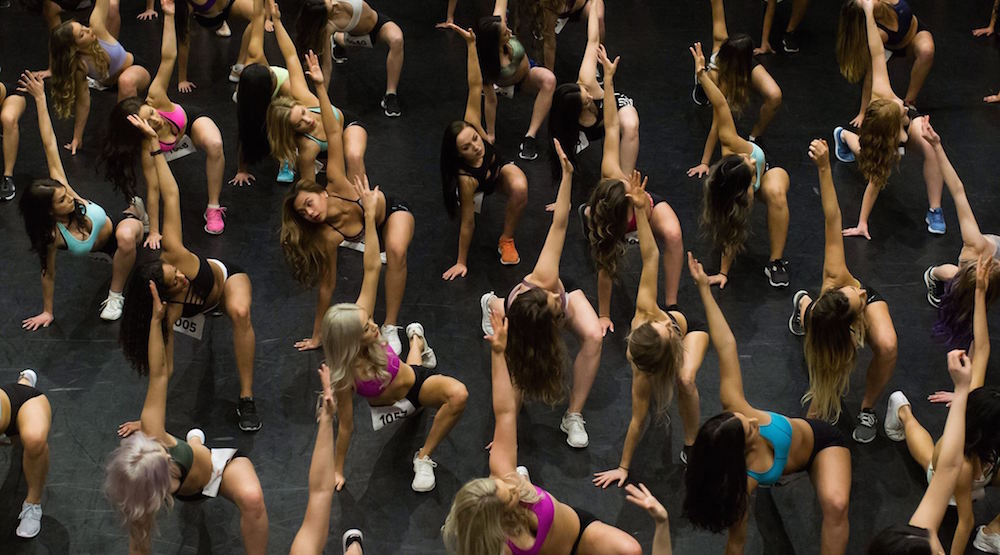 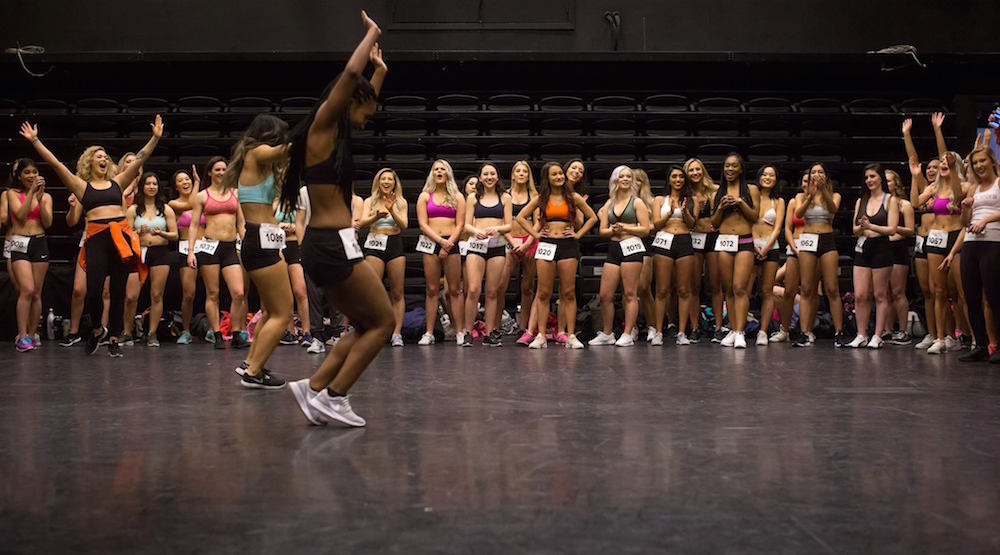 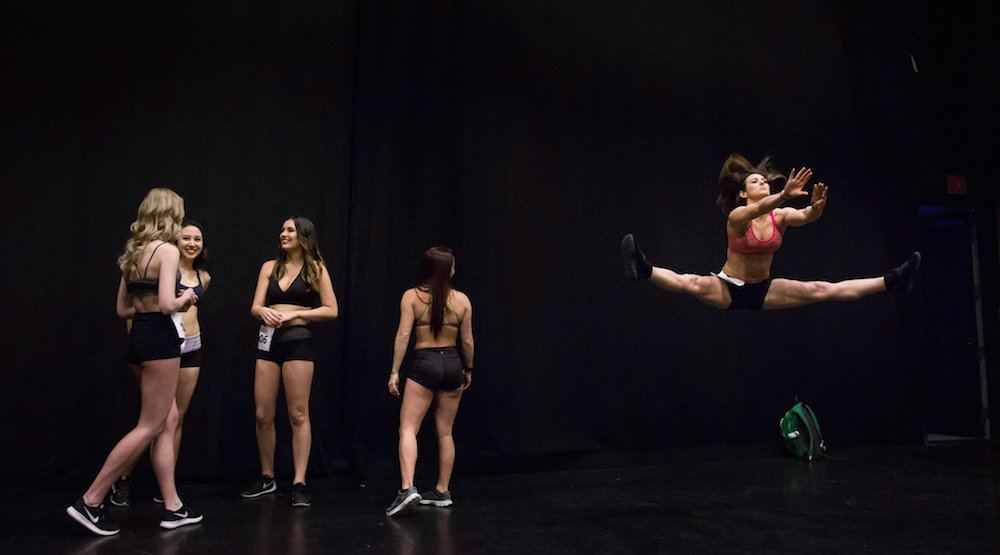 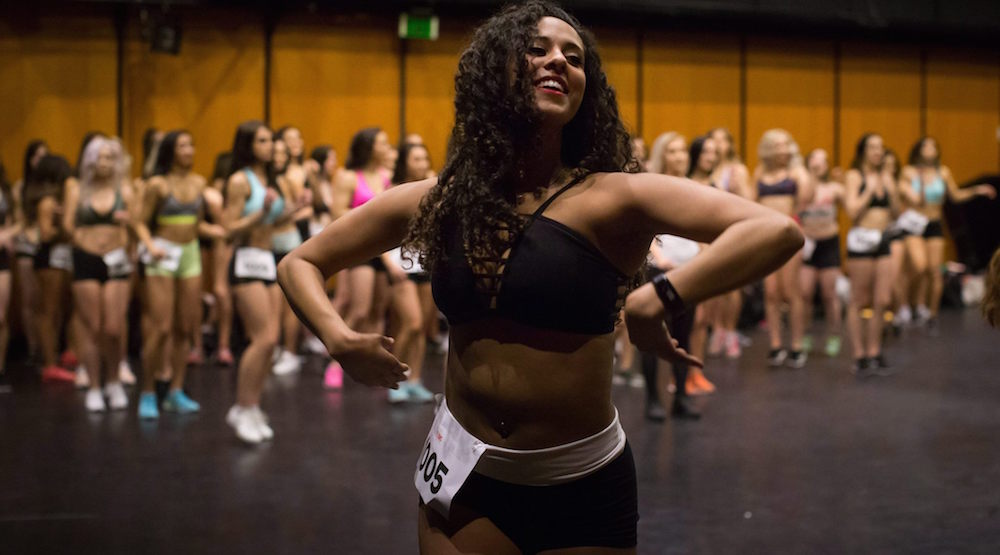 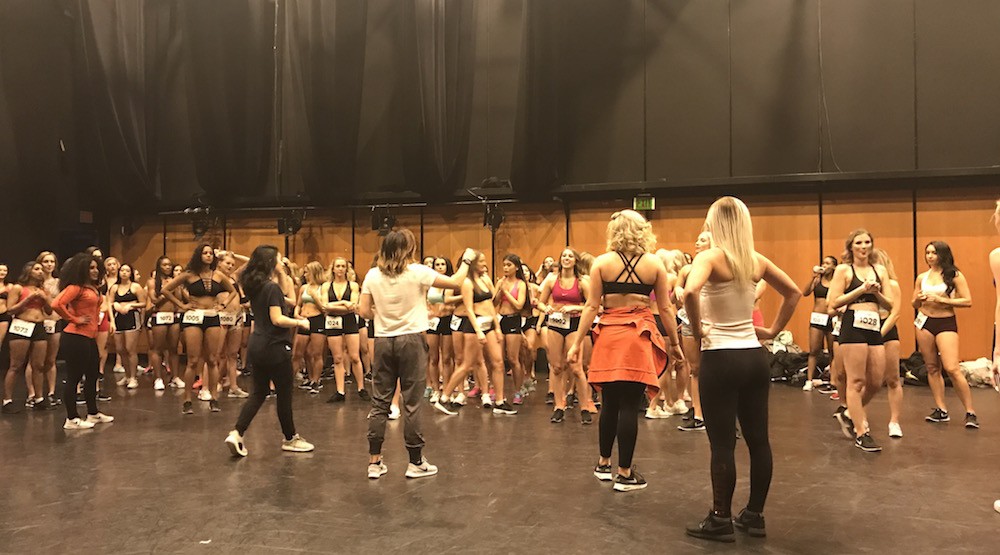 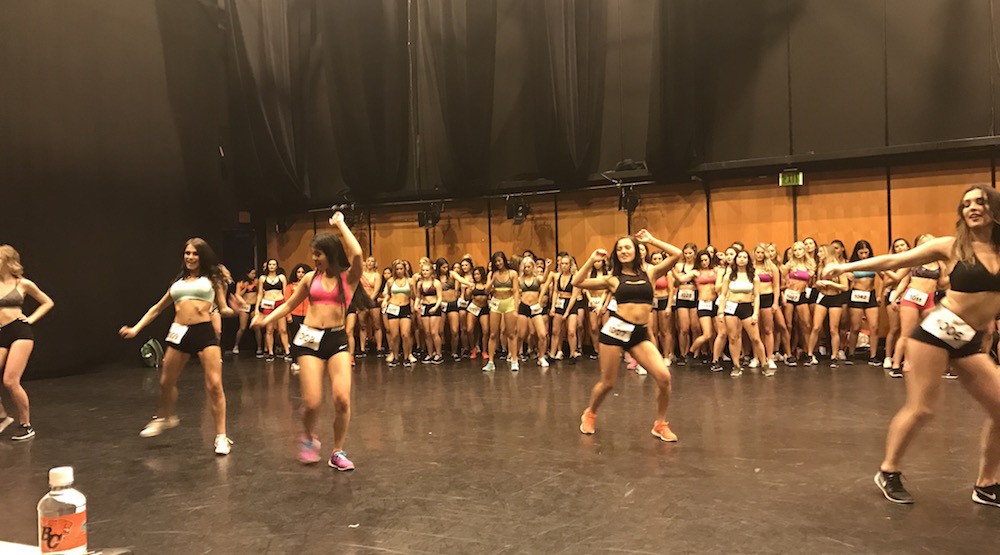 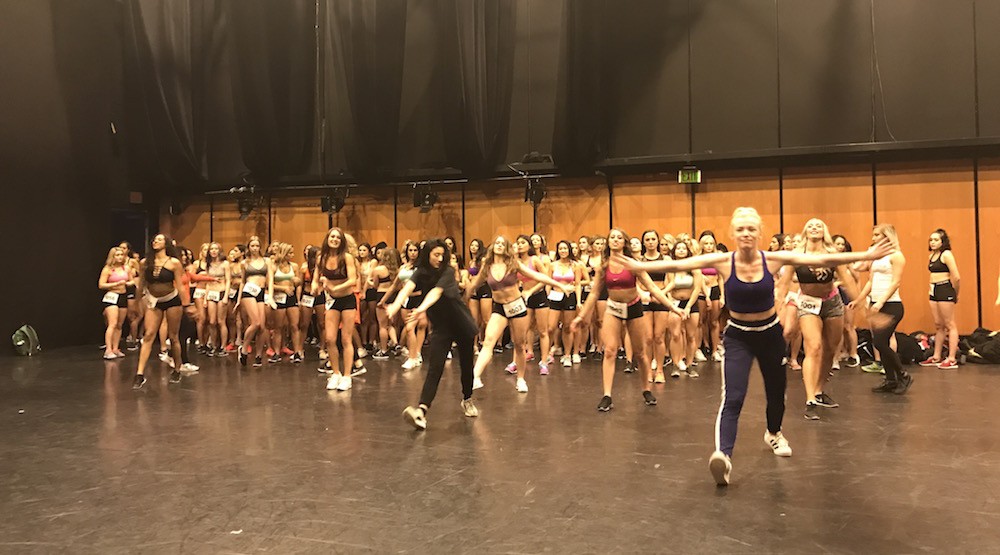 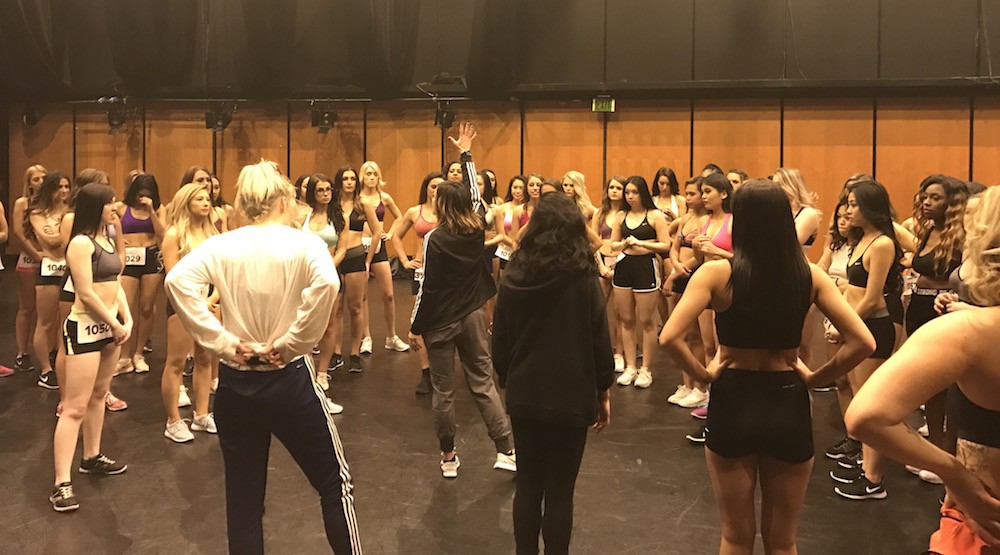 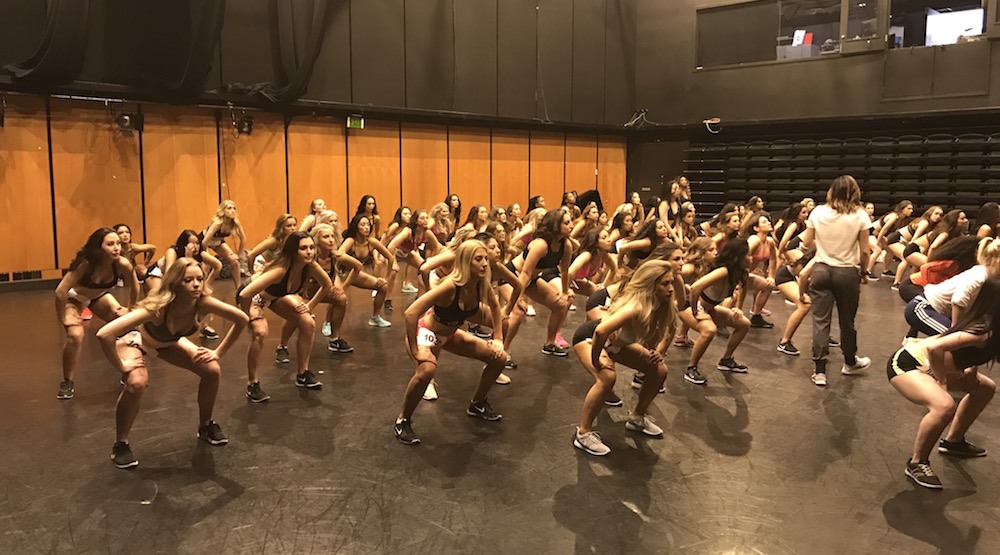 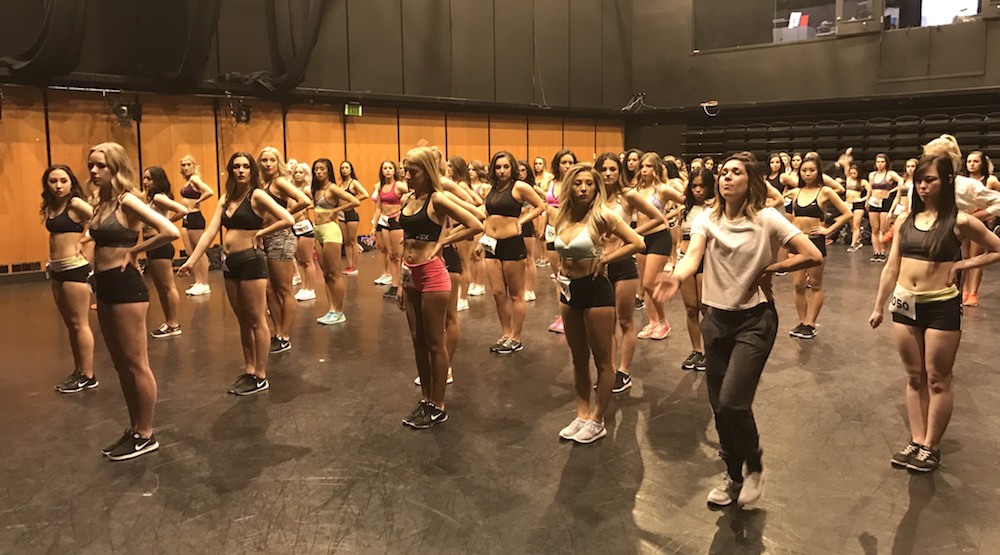 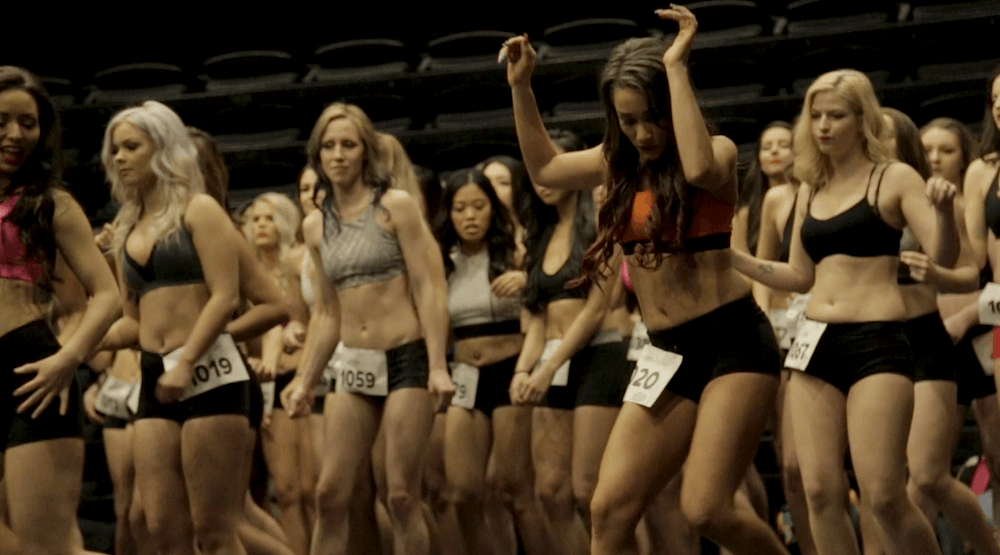 Images courtesy of Canadian Press, BC Lions and Daily Hive