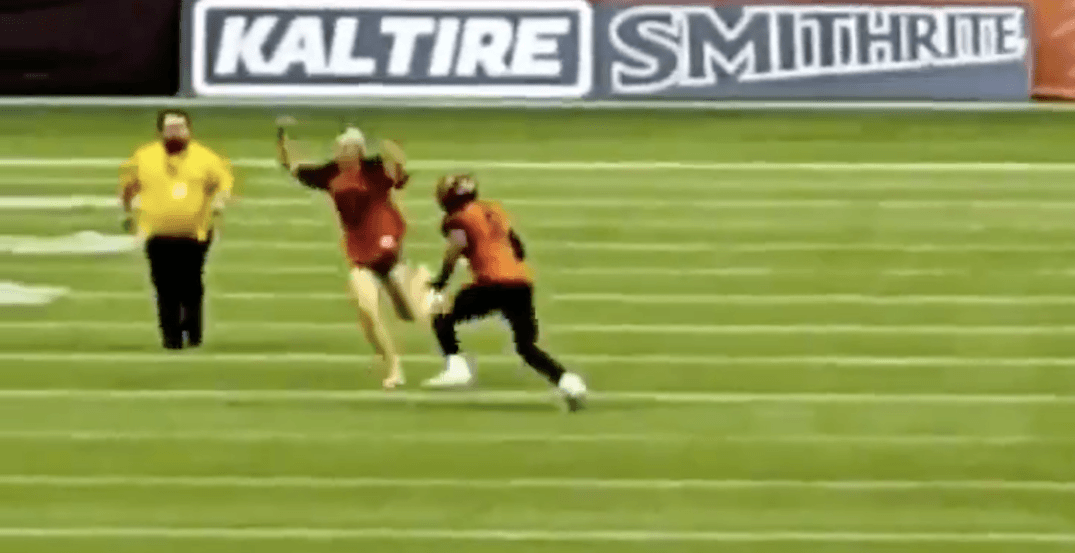 It was a memorable home opener for the BC Lions on Saturday, partly because of their win but also because of a streaker.

A Lions fan, in a jersey and underwear, took to the field during the game, and became the highlight for a few seconds before being tackled.

In a video, Lions defensive back Marcell Young is seen looking at the streaker, who was approaching his direction.

As the streaker got close to Young, the Lions player casually tackles, and levels the fan.

The streaker was caught, and Young’s teammates appear to cheer him on for his tackle.

As for the game, the Lions were playing against the Montreal Alouettes, and won 22-10.

The team celebrated their win on social media, by sharing a streaker gif, but the tweet has since been deleted. 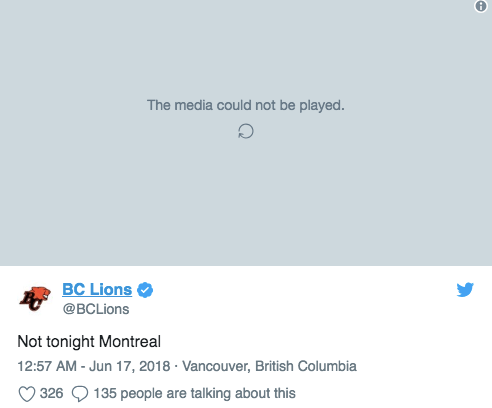