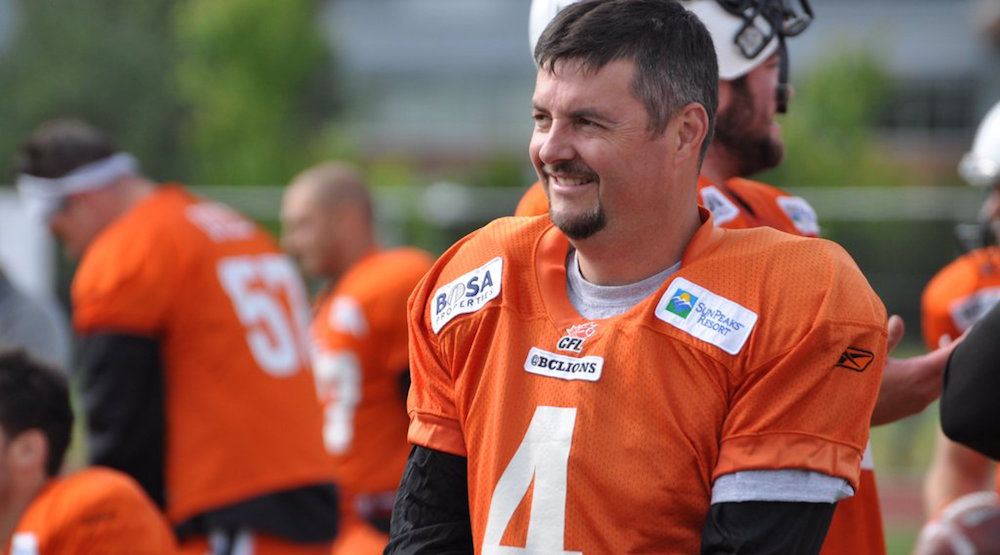 With just one game remaining in the regular season, the BC Lions are in a crisis of sorts at the kicker position.

The 11-6 Lions are enjoying a resurgent season, and with a win in their last game, will secure a home playoff game. But after a game last week in which BC’s kicker Richie Leone missed all four of his attempts – two field goals and two converts – Lions head coach and general manager Wally Buono is going to go in another direction.

Justin Dunk of 3 Down Nation has reported that the Lions will bring back 46-year-old kicker Paul McCallum out of retirement.

While he has been an excellent punter this season, to say that Leone has struggled mightily as a place kicker would be an understatement.

He has the lowest field goal percentage of all full-time CFL kickers this season, converting on just 68.6% of his attempts. He has also missed five of 30 attempted extra-point converts this season as well.

The problem for Leone appears to be mental, which is a huge problem as the team prepares for the playoffs. Given how he’s played, how can Buono trust him when the pressure ramps up?

McCallum returns to the Lions after officially retiring in March. He isn’t short on experience, having begun his CFL career way back in 1993. McCallum is actually five months older than Lions legend Lui Passaglia was in his final CFL season.

With Saskatchewan last year, McCallum was decent, kicking 80.6% of his field goals, including a pair from 50 yards.

McCallum:I haven't kicked footballs, but I've been out with my daughter's soccer team. There's enough energy in my leg to hit 45-47 yarders.

Is McCallum still in shape? Can he still kick 50-yarders? Those are the types of questions that will be asked until we see him lace up the boots for the Lions’ hugely important game on Saturday against the Roughriders.