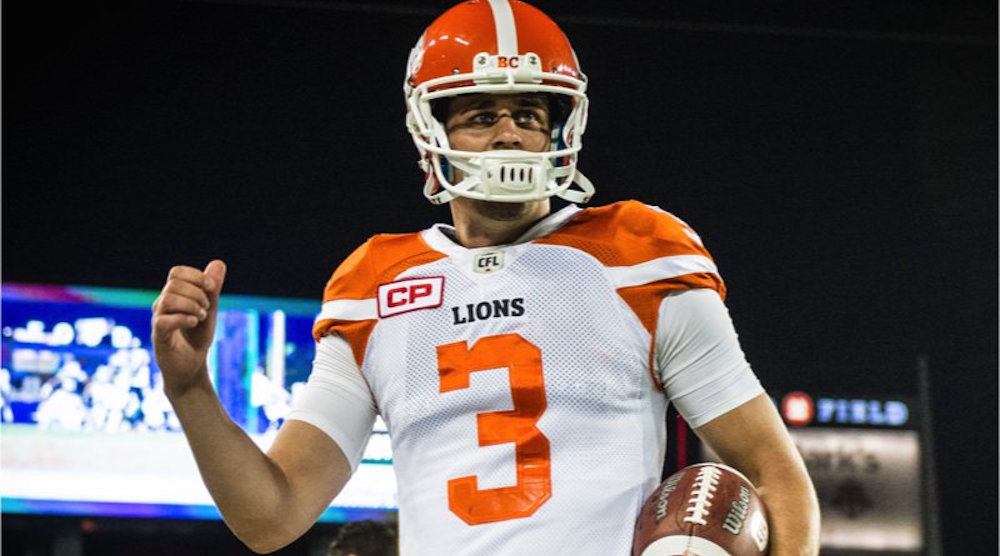 Assuming 46-year-old Paul McCallum doesn’t return for another season, the BC Lions will need to find another kicker, as Richie Leone will not be returning.

The Lions announced that they have granted Leone early free agent status on Tuesday, allowing the 24-year-old to sign with an NFL team.

#BCLions release punter Richie Leone so that he can sign with the #Cardinals. Will receive a significant signing bonus. #NFL #CFL

Leone will reportedly sign with the Arizona Cardinals, whose season ended on Sunday.

“We thank Richie for his contributions to our team over the past two years,” Lions GM and head coach Wally Buono said. “He brought excitement to our kicking game and we wish him the very best in his future football endeavours.”

Leone, who spent the past two seasons with the Lions, struggled as a place kicker. That’s something he won’t have to worry about in the NFL, as the kicking and punting jobs are separated. Leone was the best punter in the CFL in 2016, finishing first in average punting yards (49.3).