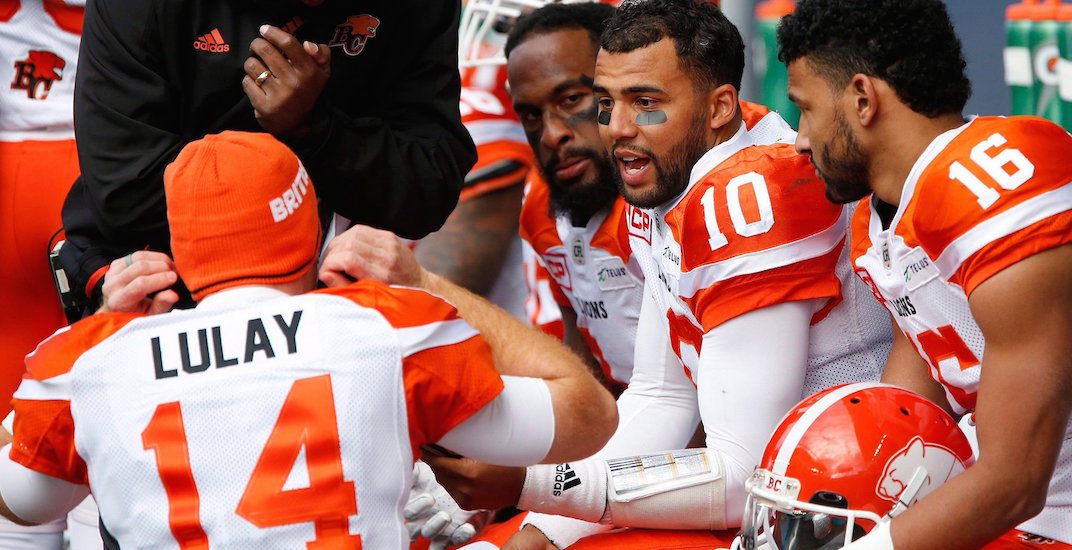 After another disappointing start from Jonathan Jennings, Lulay and the BC Lions were one touchdown away from the biggest comeback in CFL history against the Ottawa Redblacks on Saturday.

Ultimately, the fourth quarter rally came up short, and they lost their third straight game, 31-24 on the road in Ottawa. 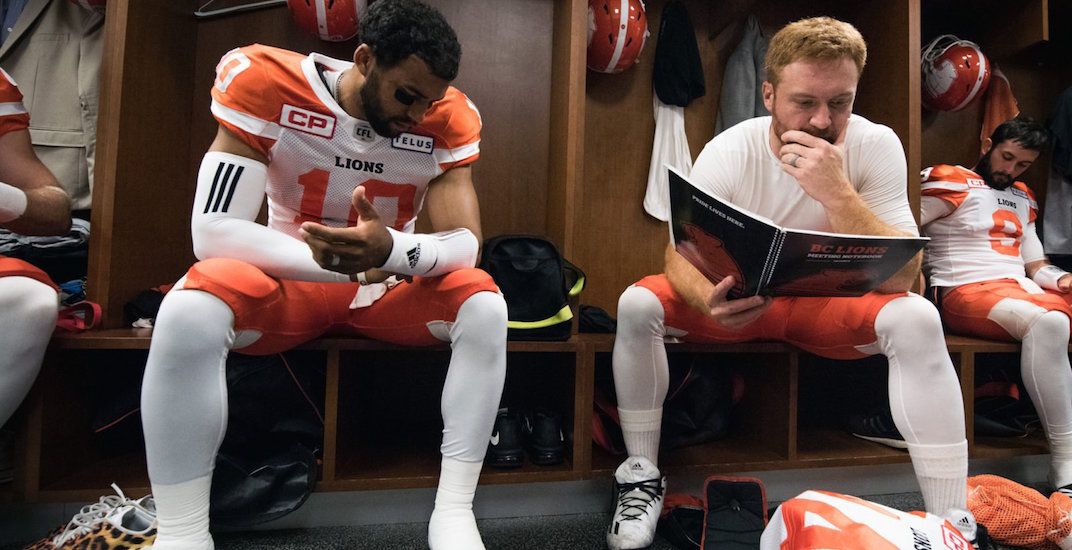 It’s back, and bigger than ever.

It’s a topic that has dragged on far longer than the Lions had hoped.

When Jonathan Jennings first got injured on July 15 in Hamilton, Travis Lulay ran with his opportunity.

After setting the CFL record for most points off the bench in Hamilton in Week 4, Lulay had three straight quality starts, winning two of them. The Lions had 46, 26, and 30 points in those three contests.

Then Jennings returned from injury, and things started to fall apart.

A meager eight points against Saskatchewan was followed up by a 21-17 loss to Calgary last week. Once again tonight, Jennings couldn’t put up any offence in the first half.

Time to put Lulay in. It's not all Jennings fault but this offence has done nothing since he came back. #BCLions

Lulay was put in for the second half and the Lions nearly pulled off the biggest comeback in CFL history.

It’s hard to even call this a controversy, because the stats are so lopsided in Lulay’s favour.

You can blame injuries, receivers, or any number of other things as an excuse for Jennings’ shortcomings, but the simple fact is Lulay has dealt with the same factors and is performing much better. 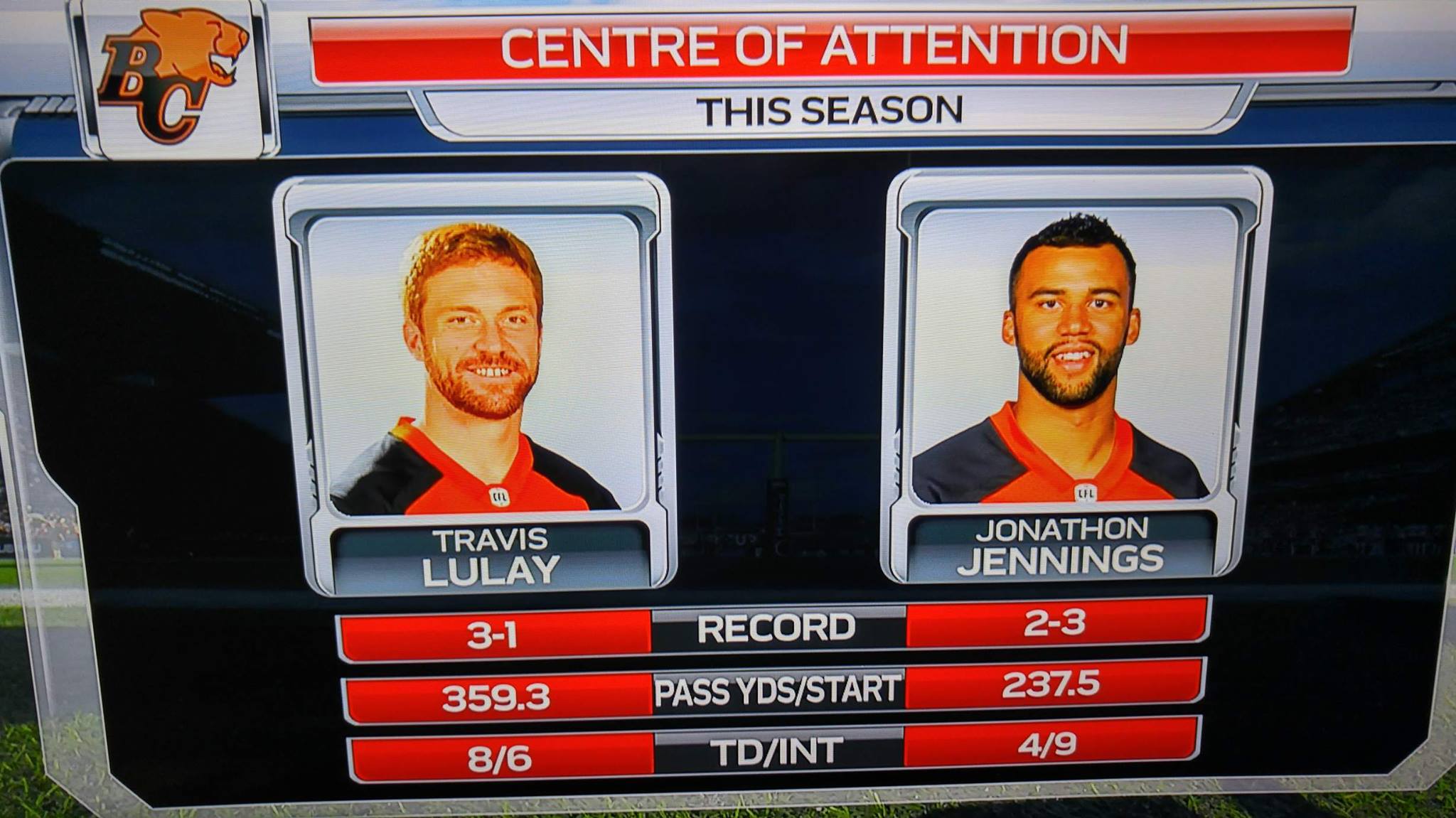 That graphic doesn’t even include games off the bench, where Lulay has been sensational twice now.

It’s not even close.

The way the Lions are deploying Jennings suggests he’s their top guy. The problem is the numbers say the exact opposite.

It’s hard to believe the Lions only lost this game by a touchdown considering how grim things looked at halftime. Imagine if Lulay had played the whole game!

Trailing 31-3 heading into the final quarter, Lulay and the Lions put up 21 points, helped by this Ronnie Yell interception with just over two minutes to play.

They were halfway up field on the drive that would’ve tied things up before the ball was intercepted, ending what would have been a record-setting comeback.

It was a remarkable quarter, and it only further serves the argument that Lulay should be the starter next game.

It was mentioned a few times in the first half that it was Manny Arceneaux’s birthday today, including on this impressive catch.

Not sure what happened there, because Arceneaux doesn’t turn 30 until mid-September.

With three straight losses, the Lions may be hitting their bye week at the perfect time. They now have some time to rest and regroup.

The Lions next take to the field on September 8 when they welcome the Montreal Alouettes to BC Place. You have to think Lulay will get the ball.

Trevor Harris wasn’t spectacular for Ottawa, as he was 30-for-45 for 326 yards, one touchdown, and two interceptions.

The Lions welcomed back Bryan Burnham from injury, and he led his team in receiving yards (112) and added a touchdown. They missed catches like these when he was out of the lineup:

Manny Arceneaux was right behind him with 101 yards receiving.

Jeremiah Johnson didn’t get a lot of touches – running just seven times for 31 yards – but scored two touchdowns, one on the ground and one through the air.