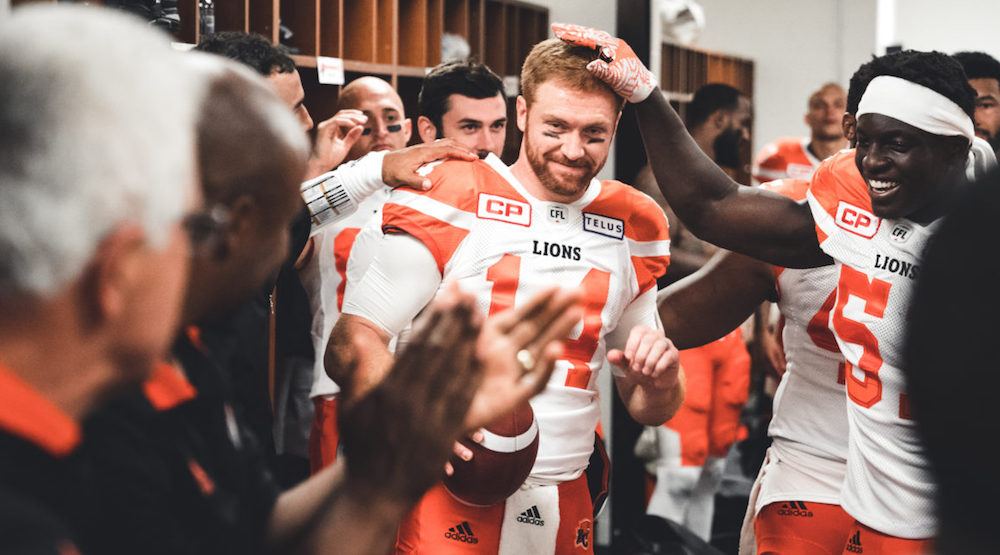 He’s still got gas left in the tank.

BC Lions back-up quarterback Travis Lulay proved that on Saturday, stepping in to lead his team to victory after Jonathan Jennings was injured on his first throw of the game.

Jennings left the game with a bruised shoulder, allowing for some heroics from the 33-year-old, who had three touchdowns on 436 yards passing in relief (a new CFL record).

“That was fun,” Lulay told his teammates in the locker room. “I’d be lying if I said that wasn’t a special moment for me in my career.”

An MRI on Monday revealed no extensive damage to Jennings’ throwing shoulder, although he won’t be healthy enough to play in Friday’s home game against the Winnipeg Blue Bombers.

“I have much more range of motion in my shoulder than I did on Sunday,” Jennings told Matt Baker of BCLions.com. “It’s good to know I did not break or separate anything and that I can now focus on getting back to 100 percent as quickly as possible.”

The Lions are describing Jennings’ timeline as “week-to-week,” meaning Lulay will get the call to start for the first time since 2015.

As good as Lulay was last week, it’ll be a much tougher task on Friday.

The Bombers (2-1) are not only a better team than Hamilton, they’ll have revenge on their minds after BC ended their season in the Western semi-final last November. Not only that, but Winnipeg will be game-planning for Lulay, who doesn’t have the foot-speed or the arm strength to stretch the field like Jennings.

The 2011 Grey Cup MVP will need to get by on his veteran knowhow, and his savvy football brain will be put to the test.

Enjoy your Sunday ☕️ in style!