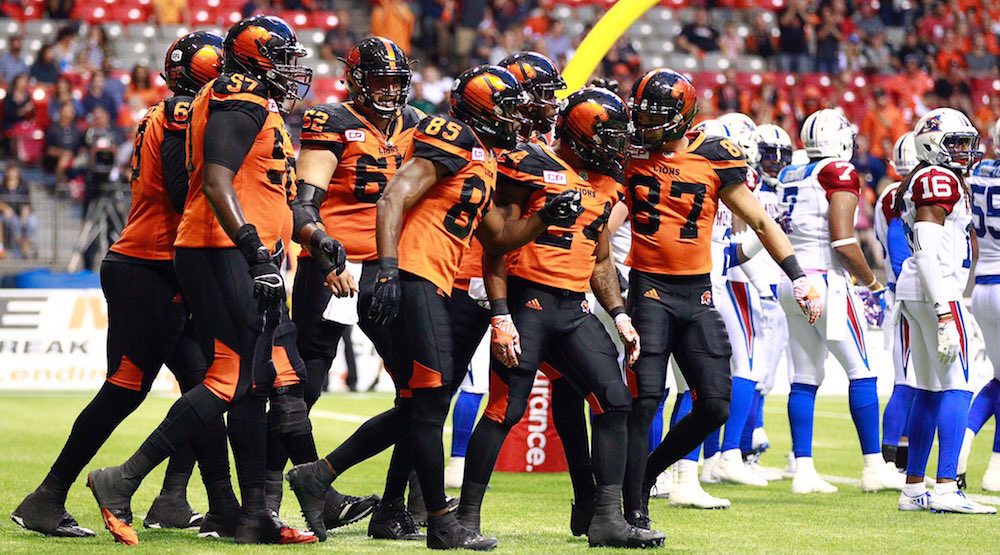 If a football team wins a Grey Cup, but nobody is around to see it, did it really happen?

That’s what could happen this year with the BC Lions.

The Lions are a good team. They’re young. They’re exciting. And yet, attendance is down.

BC beat the Montreal Alouettes 38-27 on Friday night at BC Place in a game that had just about everything you’d want to see in a CFL game. The win improved BC’s record to 8-3, the second best record in the league with just seven games remaining in the regular season.

But instead of the focus being on 24-year-old quarterback Jonathan Jennings and his impressive performance where he put up 341 yards passing, or running back Jeremiah Johnson rushing for more yards in the game than anyone else has in the CFL this year, the conversation on Twitter among fans turned to attendance.

BC Lions need desperate measures to resurrect the attendance. Bring in The Clapper.

A disappointing crowd of 18,107 turned up for the game, which speaks to the long road ahead for Lions management.

“I think it’s been happening for a few years,” Lions president and CEO Dennis Skulsky said, speaking to the trouble on and off the field. “Part of our goal was to get better on the field and certainly Wally, the coaches, and the players have turned that corner.”

“There’s no finish line that’s in sight, you’ve got to continue to play exciting football, and this marketplace surely likes a winner.”

“The one thing all of our tracking shows is that we still have lots of loyal fans throughout the Lower Mainland and in the province. It’s shown in our television numbers, our radio numbers, our digital, our social media, but we haven’t had the same level of success yet with fans in the stands. I expect that that’s going to start to happen as this fall moves forward. But I also think it’s going to take a few years.”

This city should be ripe for the picking for the Lions right now. Interest in the Canucks is at its lowest in many years, while the Whitecaps are in the middle of a down year.

Ask sports fans in this city about attendance issues with the Lions and there’s not a shortage of theories.

The cost of living, the traffic, unfavourable game times, the time of year… Fingers point in all directions.

But let’s be real, those are lame excuses. Professional sports franchises need their fans to have an emotional investment in their product. When you lose that, you lose a lot.

Rome wasn’t built in a day and neither will the Lions fanbase.

We’ve seen dips in attendance from this franchise before. From 1996 to 2002, the Lions average attendance was 20,044. Back in those days, the lame excuse was the roof at BC Place.

Then Bob Ackles returned to the club. Ackles immediately helped turn around the team on and off the field.

Ackles’ motto was “we’re going to have to build it one fan at a time,” but Skulsky believes that they’re presented with new challenges in 2016.

Step INSIDE the Lions Den and re-live Friday’s epic performance against Montreal! 🦁

Wins and losses are the most important determining factor for any franchise in Vancouver, and the Lions are no different. Stadium atmosphere is important too, and it’s hard to get back once you lose it.

Skulsky admitted they’re still a work in progress with regards to winning fans back with off-field initiatives.

“The balancing act is doing things that still relate to the past but also more importantly positioning ourselves well with young people for the future.”

That’s the challenge for Skulsky and his team. They’re a work in progress right now, they need to become a well-oiled machine.