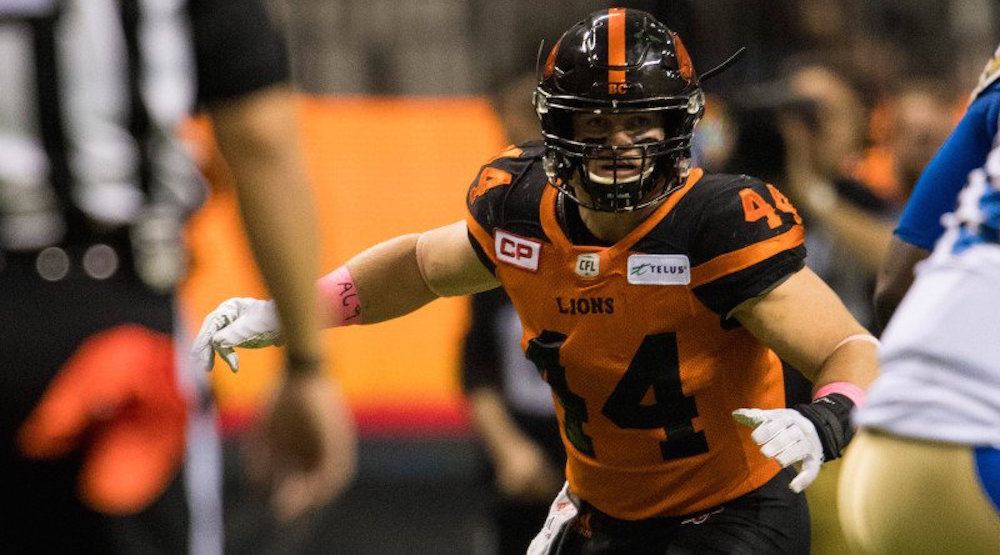 Despite an impressive NFL preseason, Adam Bighill has been cut by the New Orleans Saints.

Saints are cutting ties with LB Adam Bighill, according to a source. The wait begins to see if he clears waivers with hope to sign to PS.

The 2015 CFL Most Outstanding Defensive Player left the BC Lions in December to pursue his NFL dream.

The 28-year-old appeared in all four Saints preseason games, leading the team with 16 tackles.

“I know I can play in this league,” Bighill told reporters after his final preseason game.

Bighill had an interception on August 20 against the Chargers, then led his team in tackles in the final two games against Houston and Baltimore.

It was the final game against the Ravens on Thursday where he appeared to make a statement. His 11 tackles that night were more than double any of his teammates.

The #Saints have cut @Bighill44. If he doesn't get claimed he will likely accept a PR spot. Not sure what more he could have done to make it

Bighill will now wait to see if he gets claimed on waivers by another team. If nobody takes a chance on him, he could accept a practice roster spot.

His other option is to return to Canada, though it appears he’s on the cusp of making it down south and he won’t have many chances left at his age.

With the NFL season kicking off on Thursday, teams across the league are trimming their rosters. A number of other former BC Lions were on the chopping block, as Bo Lokombo, Richie Leone, and Alex Bazzie were placed on waivers.

The Lions could look into bringing back all three before the end of the season to bolster their roster. BC is slumping right now, having lost three in a row, and sinking to fourth in the West Division with a 5-5 record.

Also of interest to local sports fans is North Vancouver’s Adam Zaruba, who was cut by the Philadelphia Eagles. Zaruba recently switched sports, as the Canadian Rugby Sevens star tried his luck as a tight end. Zaruba could still catch on elsewhere, so stay tuned.