A former BC Liberal executive has turned to crowd-funding to pay for her legal bills.

Laura Miller resigned her position as Executive Director with BC’s governing party in December after being criminally charged in connection to Ontario’s gas plants scandal.

She was one of two former aides to former Ontario premier Dalton McGuinty charged for alleged roles in the deletion of emails.

But that doesn’t come cheap. 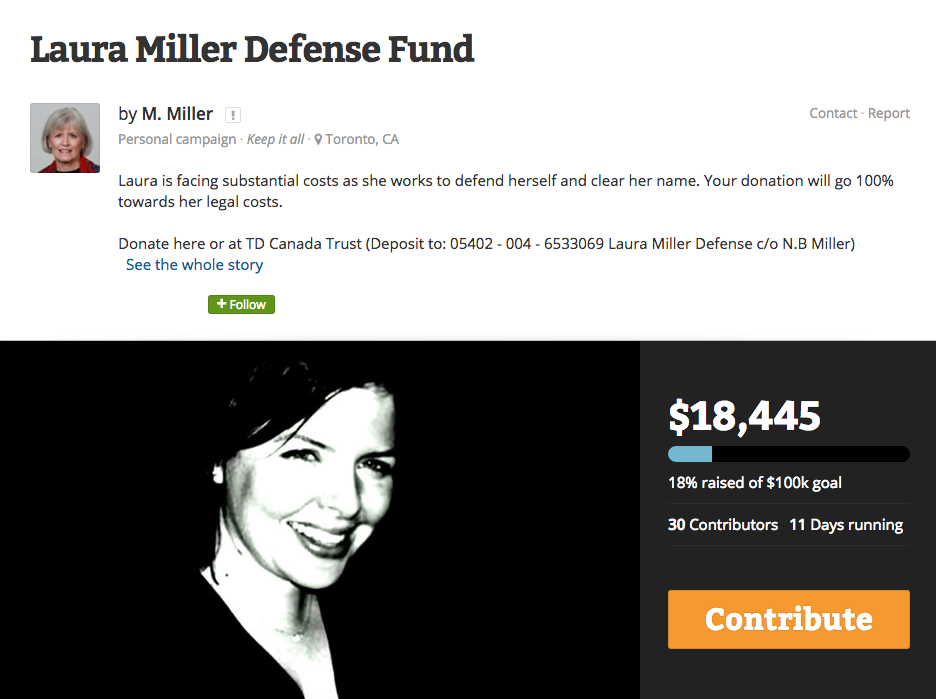 It indicates contributes came from BC Liberal Party President Sharon White who donated $2,500, as well as former Solicitor General John Les and current MLA John Yap who gave $500 each.

Another apparent contributor is familiar with the type of attention Miller is getting.