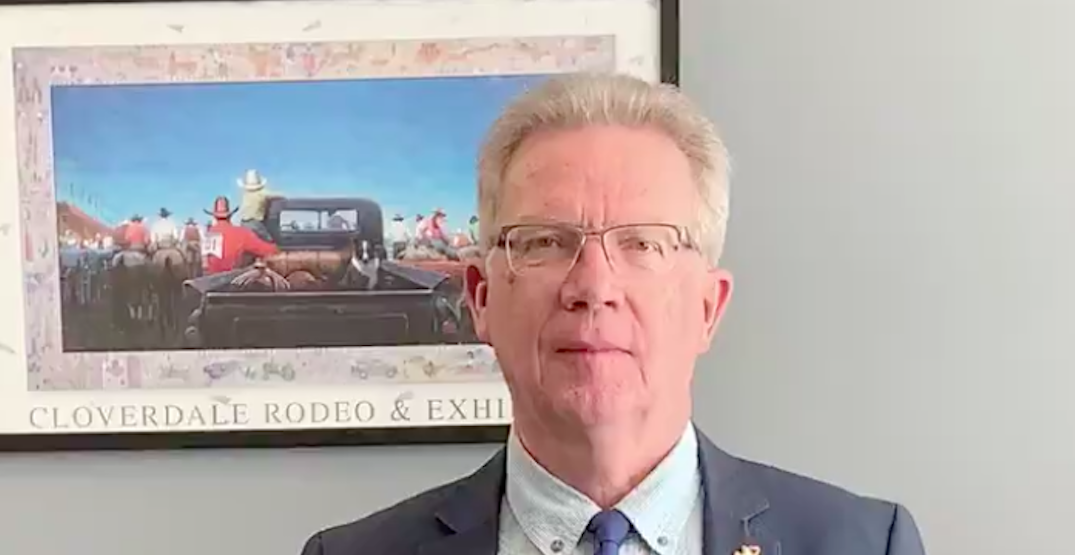 A BC Liberal Party candidate tweeted that he wants to “unreservedly apologize” after being called out by an NDP candidate for sharing a racist cartoon targeting Indigenous people.

Marvin Hunt shared the post – which has since been deleted – and quickly faced backlash, including from NDP candidate Melanie Mark.

Hey ⁦@marvinhunt4bc⁩ can you explain the cartoon on your Facebook portraying two Indigenous people? What’s the punch line? It’s obviously not related to #OrangeShirtDay2020. pic.twitter.com/4oeQ58Vhqu

Hunt is the BC Liberal Candidate for the riding Surrey-Cloverdale, and after deleting the post, he retweeted one from Andrew Wilkinson that stated “[Orange Shirt Day] is an important day to promote awareness of the dark legacy of residential schools & reaffirm our commitments to the ongoing process of reconciliation here in BC. It’s vital that we all work to create a better place for all who call this land home.”

Orange Shirt Day is a legacy of the St. Joseph Mission (SJM) Residential School (1891-1981) Commemoration Project and Reunion events that took place in Williams Lake, BC, Canada, in May 2013. This project was the vision of Esketemc (Alkali Lake) Chief Fred Robbins, who is a former residential student. It brought together former students and their families from the Secwepemc, Tsilhqot’in, Southern Dakelh and St’at’imc Nations along with the Cariboo Regional District, the Mayors and municipalities, School Districts and civic organizations in the Cariboo Region.

The events were created to commemorate the residential school experience, to witness and honour the healing journey of the survivors and their families, and to commit to the ongoing process of reconciliation.

Chief Justice Murray Sinclair challenged all of the participants to keep the reconciliation process alive as a result of the realization that every former student had similar stories.

Orange Shirt Day is a legacy of this project. As spokesperson for the reunion group leading up to the events, former student Phyllis (Jack) Webstad told her story of her first day at a residential school when her shiny new orange shirt, bought by her grandmother, was taken from her as a six-year old girl.

The date was chosen because it aligns with the time of year children were taken from their homes and brought to residential schools, and because it is an opportunity to set the stage for anti-racism and anti-bullying policies for the coming school year.

It is an opportunity for First Nations, local governments, schools, and communities to come together in the spirit of reconciliation and hope for generations of children to come.

“On Orange Shirt Day, we honour the survivors who had their language, culture, and families stolen from them – and we remember those whose lives were cut far too short,” tweeted Prime Minister Trudeau.