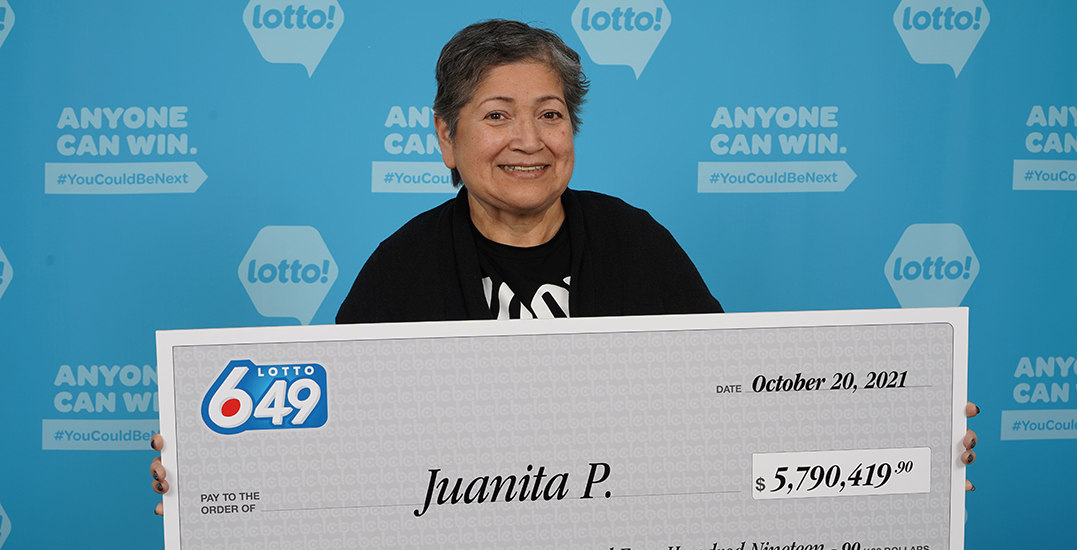 After winning the latest Lotto 6/49 prize, Juanita Parnell had everything but a good night’s rest.

On October 6, the Prince Rupert resident discovered that she had matched all six numbers on the recent draw. She says, however, that it was one of “the most restless sleeps of her life.”

Not only that, but Parnell says that she almost didn’t purchase the ticket — she had actually forgotten and was hurrying to make her purchase before the draw closed.

But now, she’s the latest winner, splitting an $11 million jackpot with an Ontario resident and taking home a cool $5.8 million.

And while Parnell doesn’t have a clear plan of how she’ll spend her winnings, she says she’ll be looking forward to taking her entire family on vacation — including her grandchildren.

“I’d like to take them to Disney World in Florida, preferably during the non-storm season,” she says. “We’ve never been able to go on a vacation together all at once.”