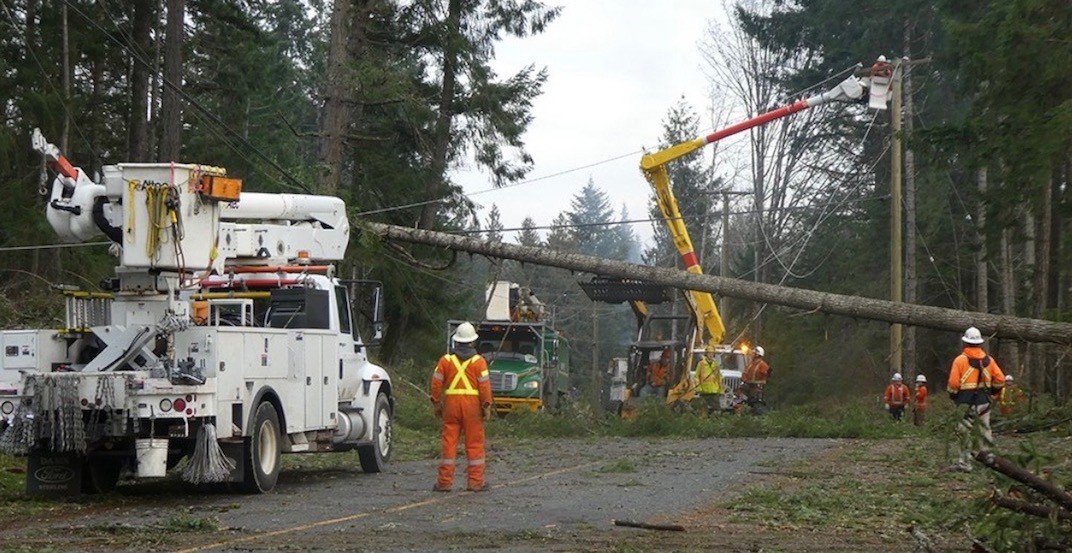 A windstorm has left approximately 100,000 BC Hydro customers across the province without power.

The company says in a statement that the storm has caused “extensive damage” to its electrical system, “due to branches and trees breaking, contacting its equipment.”

As a result, more outages are expected.

BC Hydro customers in the Lower Mainland, Vancouver Island, the Gulf Islands, and the Southern Interior are currently being affected. So far, the hardest hit areas are Abbotsford, Victoria, and Vernon.

In the meantime, BC Hydro says, “all available resources will continue to work throughout the day to safely restore power.”