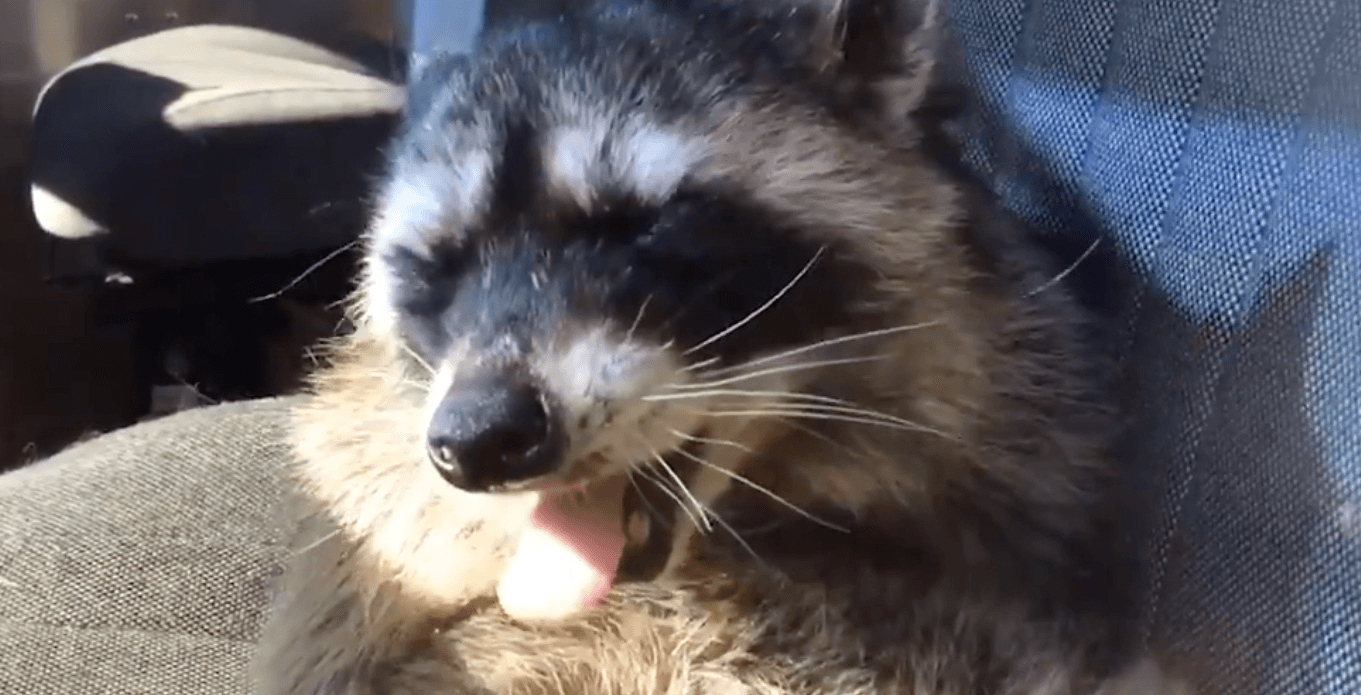 They aren’t nicknamed masked bandits for no reason.

This weekend, BC Hydro says a raccoon managed to break into one of its work trucks in Burnaby.

And that animal was busy. After somehow getting inside, the animal stole a worker’s lunch before having an afternoon nap on the front seat.

The utility company shared a 30-second clip of the incident on Twitter, saying: “He snoozes, one of our team members loses!”

BC Hydro is lucky the tiny invader didn’t cause damage to the truck interior. Last fall, a West Vancouver family wasn’t so lucky after a family of raccoons broke into their home and caused a lot of chaos.

Hiding out in the home office, the trio of bandits climbed the bookshelves, resulting in dozens of volumes thrown to the floor.

Check out BC Hydro’s video of their close encounter of the trash panda kind here:

He snoozes, one of our team members loses! This little bandit got caught taking a nap – and someone’s lunch – in one of our vans in #Burnaby this weekend. 🦝 pic.twitter.com/3Nhwiv3Tea