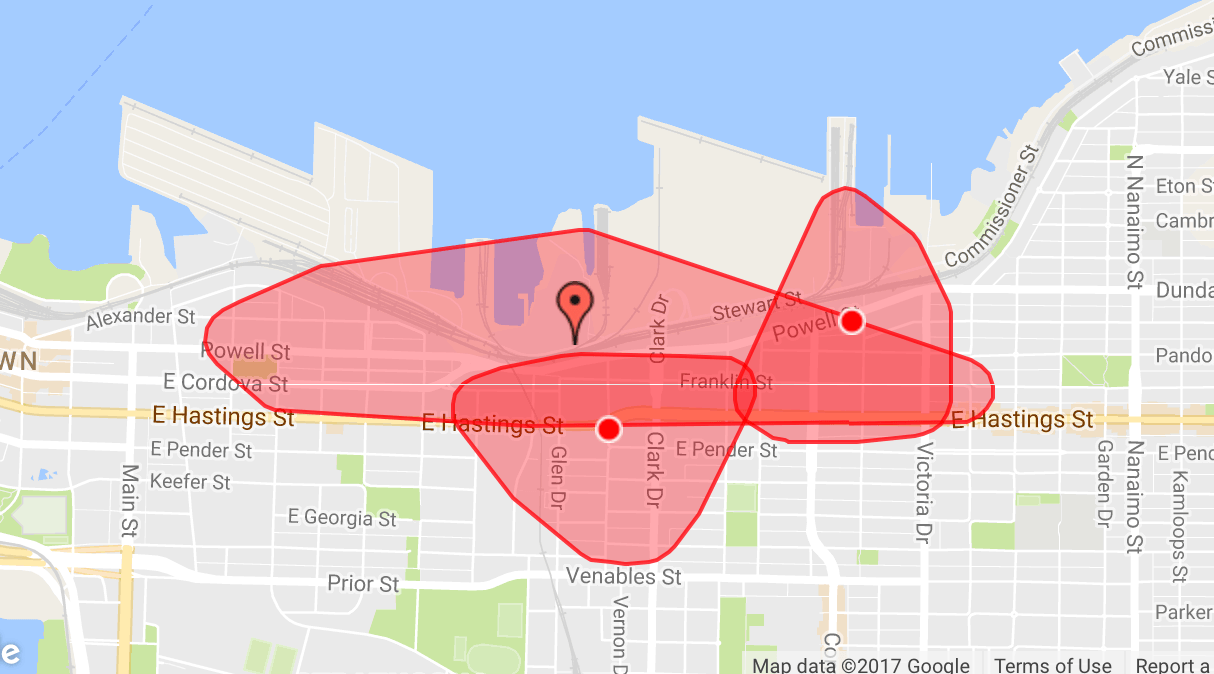 Hundreds of customers of BC Hydro in Vancouver’s Downtown Eastside were facing power outages on Friday, reportedly caused by “a motor vehicle accident.”

At the time of writing, there are 165 homes still affected in East Vancouver, around the intersections of Stewart Street and Glen Drive.

BC Hydro estimates the power outage, which started this morning, initially affected 853 customers, and says they have a crew onsite working to fix this issue.

Elsewhere, earlier in the day, some 6,741 customers in Richmond were also left without power, due to a voltage problem, but that has now been fixed.

Crews will be heading to an outage in #RichmondBC affecting 6741 customers. They’ll be sharing updates here: https://t.co/tqj07bmsoS pic.twitter.com/zaTzcka9rI

For updates, check the BC Hydro outage page: bchydro.com/power-outages.