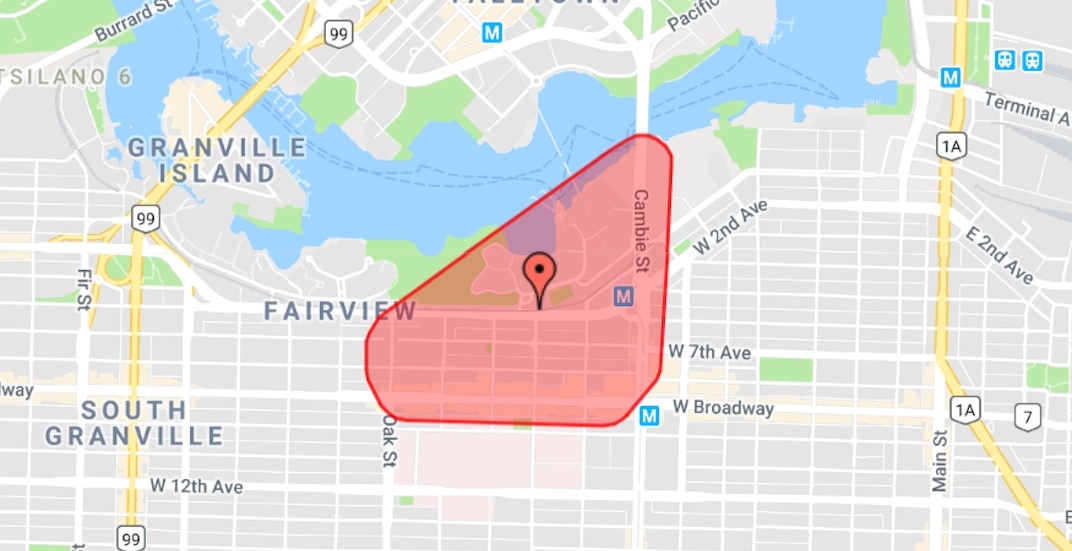 UPDATE: Power has been restored.

A power outage in Vancouver is currently affecting 2,100 BC Hydro customers in the South False Creek area near the Cambie Bridge.

The outage occurred at approximately 3:30 pm, leaving a large area near the city centre without power.

Crews will be heading to an outage affecting 2,100 customers in #Vancouver. They’re estimated to arrive by 4:30 p.m. & will provide updates on our mobile site: https://t.co/CBfUQKlB24 #YVR pic.twitter.com/IglPTXd6GI

BC Hydro customers east of Sitka Square, north of Broadway, south of Drake Street, and west of Alberta street are believed to be affected.

Some traffic lights in this area are also out. However, TransLink says Canada Line service running through the area is not affected by the outage. 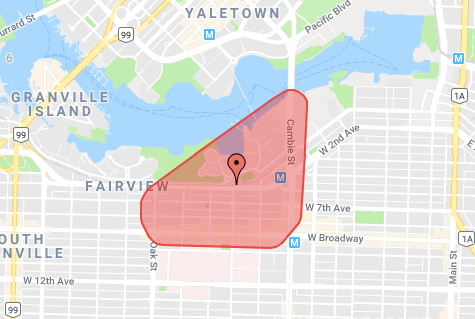 According to individuals on scene, an explosion was heard and fire crews are quickly being ushered to a nearby neighbourhood.

Adding to newsroom fun …the explosion across the street and flash of flames after a transformer blew up. Neighbourhood now without power near Ash and 8th in Vancouver. #bchydro pic.twitter.com/BP9CKOchQz

A blown transformer is believed to be the reason behind the outage.

BC Hydro crews have not yet arrived on the scene, they are expected to arrive before 4:30 pm.