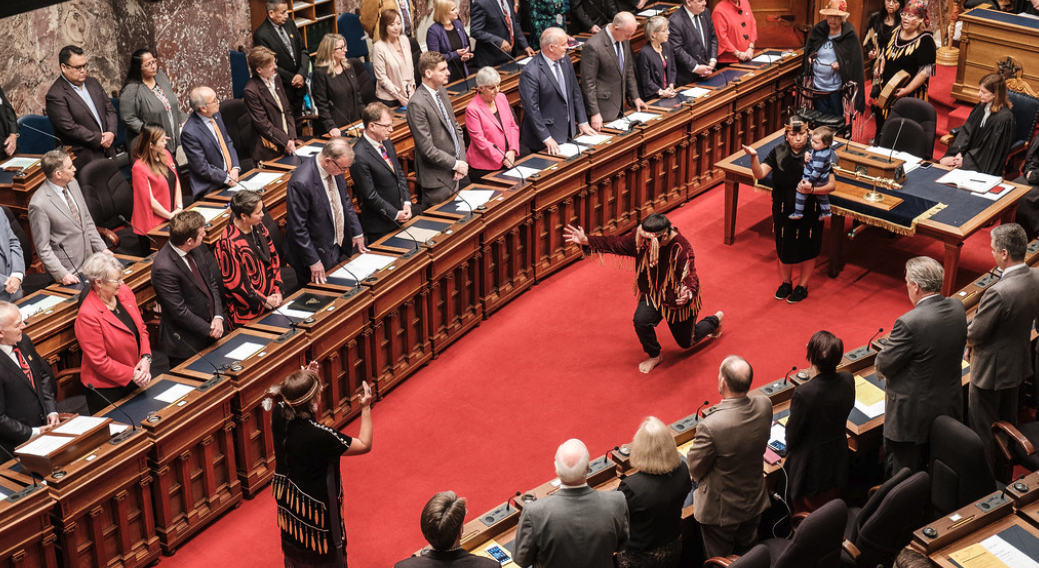 Province of BC/ Flikr

British Columbia is officially the first province in Canada to recognize the United Nations Declaration on the Rights of Indigenous Peoples (UN Declaration).

This came after Bill 41 — the Declaration on the Rights of Indigenous Peoples Act — was passed unanimously on November 26.

The province developed the Bill 41 in collaboration with the First Nations Leadership Council, which acted on the direction of Indigenous leaders in BC.

“It is time we recognize and safeguard Indigenous peoples’ human rights, so that we may finally move away from conflict, drawn-out court cases and uncertainty, and move forward with collaboration and respect,” said Scott Fraser, Minister of Indigenous Relations and Reconciliation, in a joint statement with BC’s First Nations Chiefs.

“Ensuring that Indigenous peoples are part of the policy-making and decision-making processes that affect them, their families and their territories is how we will create more certainty and opportunity for Indigenous peoples, B.C. businesses, communities and families everywhere.”

Elements of Bill 41 include the following: