The brew culture in Abbotsford is booming and is now leading the way in kicking off Craft Beer Month in British Columbia. Abbotsford will host Canada’s first wet hopped beer festival on Saturday, October 3 at Kinloch Farm on Sumas Prairie.

According to event producer Donna Dixson, BC Hop Fest is a celebration of the hop harvest and the “Beaujolais Nouveau of craft beer” – referring to a type of wine typically released on the third Thursday of November. That’s because wet hopped beer is also seasonal, and is only available during the fall at hop harvest time. 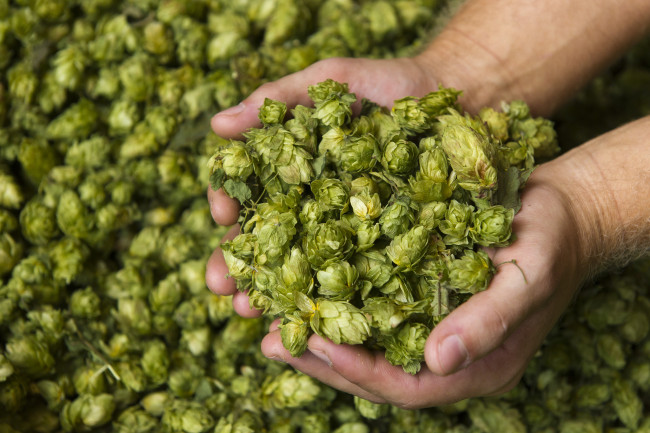 While many brews are made with hops that are dried, wet-hopped beers differ as the hops are added almost immediately after picking and are wet, which results in their oils and resins still being at their peak when brewed. Wet hops are said to produce a significantly different flavour than the dry-hopped alternative.

The inaugural BC Hop Fest is the first to exclusively showcase 17 of BC’s best breweries and their wet-hopped beer.

The festival will take place on an Abbotsford hop farm, and offer live entertainment, farm tours, a museum exhibit, and main stage presentations highlighting “all the things you can do with hops,” including the secrets of brewing a wet hopped beer by Dead Frog Brewery’s Derrick Smith.

Abbotsford’s award winning ChocolaTas (with locations in Abbotsford and Granville Island) created the “Hops Bonbon” for beer loving chocoholics that will be launched on Saturday. Plus Dragon Den star DougieDog worked with a local sausage maker at Lepp Farm Market to create the hop infused “Hop Dog” that will be launched at BC Hop Fest as well. 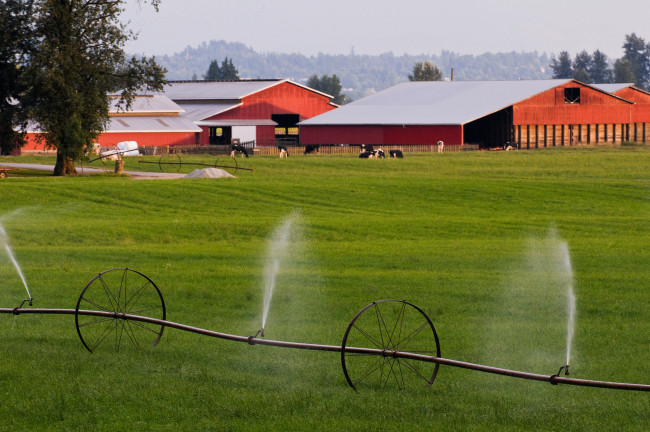 One of the things that Dixson is most excited about is the economic development beyond beer.

BC Hop Fest is the brainchild of Dwayne and Diane Stewart of BC Hop Company Ltd. in Abbotsford. Early in the planning stages, they formed a partnership with the BC Craft Brewers Guild, who represent craft brewers from all over BC. The mission of the guild aligned with the BC Hop Fest’s ambition: to support the ongoing creation and discovery of truly great BC Craft Beer.

“From concept to reality, it has been less than three months and we are overwhelmed with the support and enthusiasm we have received,” says Dixson. “Abbotsford is perfect because the Sumas Prairie is right in the middle of the exciting resurgence of the hop growing industry in British Columbia.” 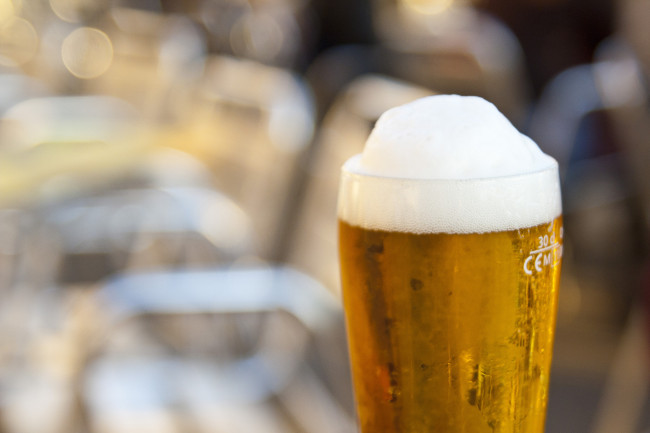 The festival will offer beer from 17 breweries (Martin Garrido/Flickr)

According to Ken Beattie, executive director of the B.C. Craft Brewers Guild, the market share for artisanal beer in British Columbia has more than doubled in the past four years, from nine per cent of all beer sales in 2009 to 20 per cent in 2014.

“I think Abbotsford is no different than the rest of British Columbia, the craft beer industry is the place to be and the culture that it has created is totally ‘feel good,'” says Dixson. “More and more consumers are all about buying and supporting local, microbreweries and craft beer are a fabulous opportunity to do that. You actually get to talk to the guy who brews that great beer you are tasting, fill up a growler with your favorite and go home to enjoy it knowing you supported someone in your own city!”