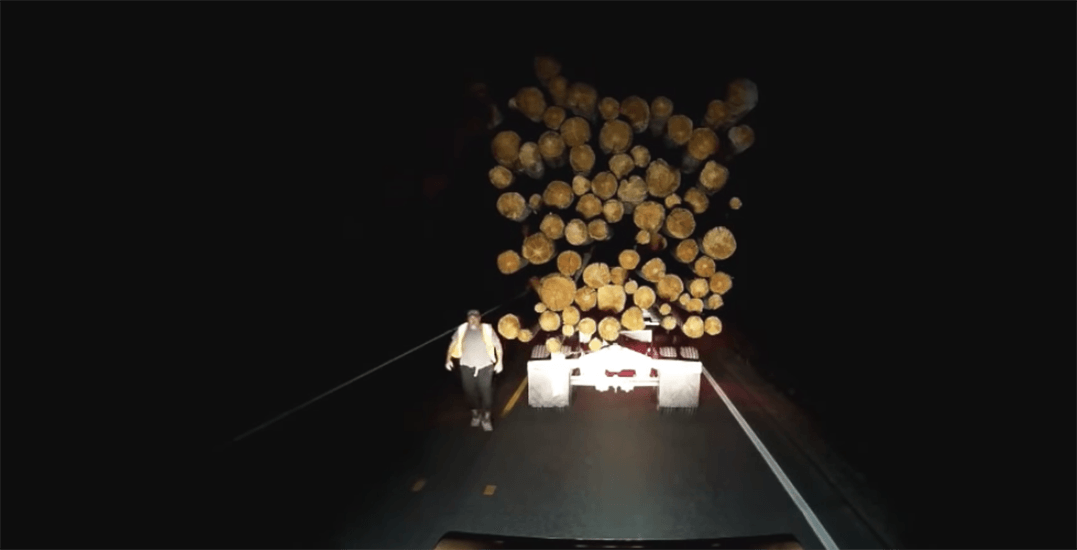 Recently uploaded dashcam footage is showing a bad case of road rage that took place on a BC highway.

According to the video, the incident took place on August 17, 2018, just before 6 am. The recording driver can be seen making his way down Highway 16, just outside of Vanderhoof.

Just after the one-minute mark, the video captures a logging truck making a quick shift into the opposite lane and overtaking the driver recording.

He does this while passing in a yellow double-solid line, an extremely dangerous manouver if there had there been any vehicles moving in the opposite direction.

Eventually, frustration begins to mount, and the recording driver responds by flashing his high-beams. He proceeds to lower the volume of his radio station and states “Holy f*ck, what a goof!”

He starts a conversation with a third driver, presumably, one behind him via radio, as they question “what the f*ck’s wrong with that log truck.”

The two drivers behind the log truck continue to vent their frustration, noting that the log truck driver is probably moving at 120 km/h.

Other profanities can be heard like “f*cking piece of shit loggers,” and the recording driver explains he “got out of [driving log trucks] because of people like this.”

Eventually, the driver ahead contacts the recording driver and a verbal exchange escalates.

“Look at the way you’re driving you f*cking r*tard. You just passed me on a f*cking double solid.”

“I gotta stop ya, I’m coming back there, and I’m knocking your f*cking head off.”

Both trucks stop and the log truck driver leaves his vehicle. He kicks the lights of the recording driver’s vehicle for a few brief moments but returns to his truck shortly after.

Before both trucks continue driving, the man recording begins to call the police. The recording ends just as the driver begins a conversation with authorities.

You can view the original video here.