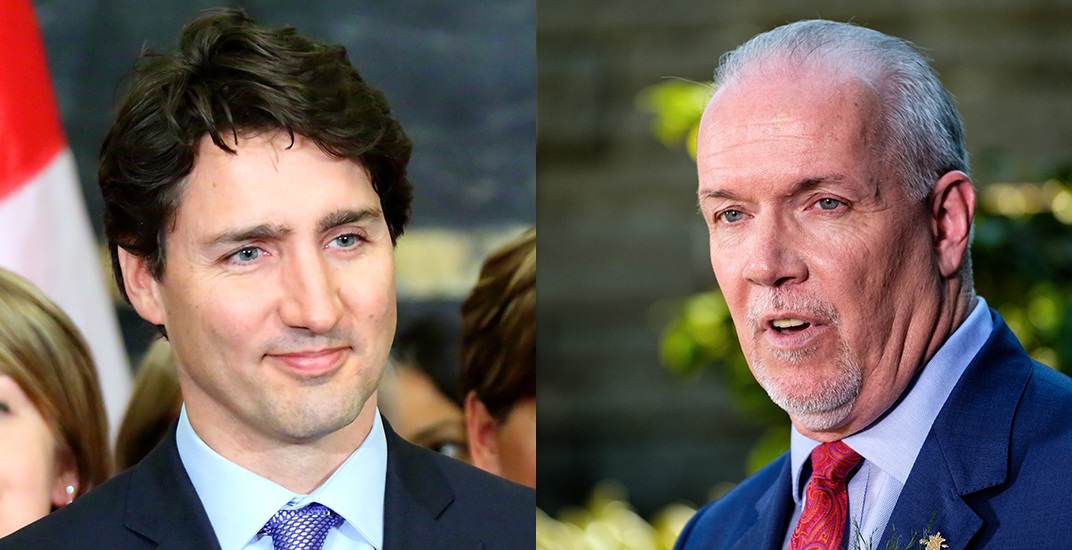 After Prime Minister Justin Trudeau gave the go-ahead to the Trans Mountain Pipeline expansion project on Tuesday, the BC government has responded to the decision.

“Although I regret the federal government’s decision, it is within their authority to make that decision,” said Premier John Horgan. “I believe it’s my job as the premier of British Columbia to always be vigilant to protect those things that matter to British Columbians, and I’ll continue to do that.”

Going forward, Horgan said it’s now up to his government to “make sure that as this project proceeds, we have no impacts on our marine life, no impact on our natural environment, and we do not put at risk one of the hottest economies in the country.”

Speaking immediately after Horgan, BC’s Minister of Environment George Heyman said the provincial government “continues to maintain that the TMX project poses a very significant risk to our environment, to our coast, and to our economy, and we continue to assert that there are potentially catastrophic consequences of a diluted bitumen spill.”

Heyman reiterated that “today’s decision was the federal government’s decision to make, and that’s never been in question.”

That said, he noted that a “number of Indigenous governments have raised the possibility of new legal challenges to the federal government’s second approval of this project.”

BC Green Party Leader Andrew Weaver also issued a statement on the federal government’s decision, calling it an “abdication of their responsibility to Canadians to show climate leadership.”

He questioned how the federal government can “declare a climate emergency and yet continue to invest in major expansions of fossil fuel infrastructure that will last 40-50 years?”

Rather than pursue projects like this, Weaver said now is the time for elected leaders to “be bold and courageous.”

There’s an urgent need, he added, “to begin the transition away from fossil fuels and toward a clean, sustainable economy — to invest in clean technology, to help workers transition, to truly protect the environment upon which a healthy economy depends.”

The BC Green Caucus has consistently been opposed to this project, including in the confidence and supply agreement with the NDP government that commits the government to using every tool available to stop the expansion project.

Speaking in favour of the project, BC Liberal Party leader Andrew Wilkinson said the pipeline decision “sends a clear message” to Horgan and the NDP “the time for obstruction is over.”

Calling it a “great day for BC, and a great day for Canada,” Wilkinson said now’s the time for the Horgan government “to get out of the way” and support this project.

“The majority of British Columbians support this project – including more than 40 First Nations who signed benefits agreements to support the pipeline expansion,” said Wilkinson. “Today’s decision will bring jobs and hundreds of millions of dollars to local communities along the pipeline route.”

Vancouver Board of Trade in favour of decision

The Greater Vancouver Board of Trade (GVBoT) said it welcomes today’s decision by the federal government to approve the Trans Mountain Expansion Project.

“We applaud the federal government for making this decision. It is high time that we move forward, collectively as Canadians, to build this infrastructure and get our natural resources to international markets.” said Iain Black, President and CEO of the Greater Vancouver Board of Trade.

In a statement, the GVBoT said it has been a supporter of the Trans Mountain Expansion Project “for years,” given the host of benefits the project would bring to communities along the pipeline’s route.

“Construction of this project will provide benefits to communities and First Nations in BC and Alberta,” said Black. “Responsible natural resource projects have been the lifeblood of our economy for decades, providing jobs and paying for many of the social services we all enjoy as Canadians.”