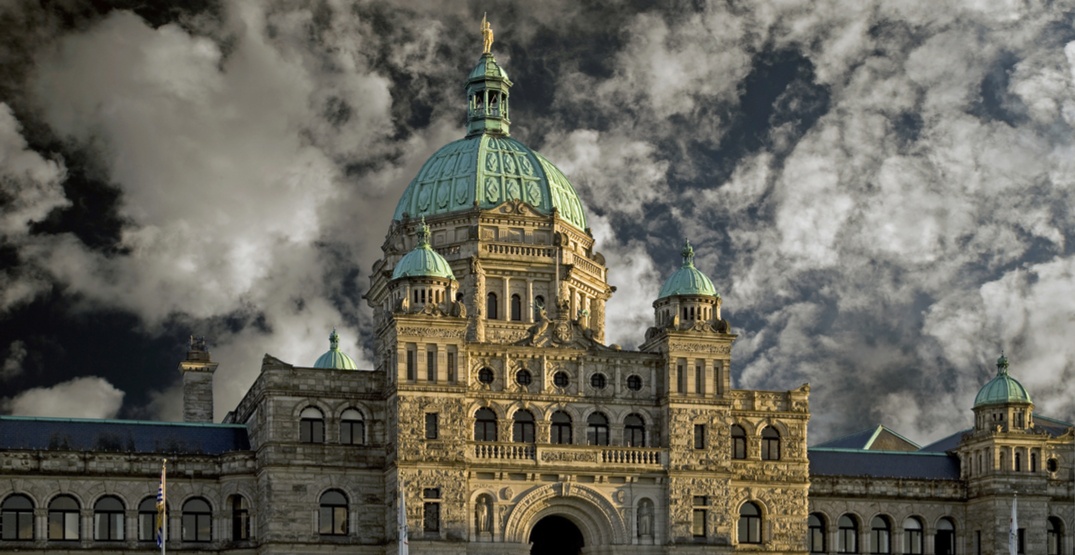 BC Legislature in Victoria. (Shutterstock)

With COVID-19 suddenly sending the fiscal house into disarray, the $227-million surplus that was projected for the Government of British Columbia’s 2020-21 fiscal year just two months ago now seems like a distant memory.

The provincial government has yet to provide any estimates, but a new analysis by RBC Economics currently tracks BC’s deficit this fiscal year at $5 billion, with a total revenue decline of 6% — about $3 billion.

From taxation revenues alone, the provincial government was initially anticipating $35.3 billion, including $11.8 billion from personal income, $4.7 billion from corporate income, and $7.9 billion from the PST.

The deficit also accounts for $5 billion in urgent additional spending for the healthcare system and the various financial support programs for workers losing their jobs, businesses, and other initiatives and organizations.

It is important to note that the crisis is still in the early stages; the situation with the pandemic is fluctuating on a weekly basis, and future new financial support programs could send this projection off.

But as of right, based on current data according to RBC researchers, BC is fairing far better than other provincial governments. The estimated deficit amounts to 1.8% of the provincial GDP.

All but two provinces — BC, and Newfoundland and Labrador — will see their largest-ever single-year economic contraction in history.

The deficits are particularly larger in the oil-producing provinces.

Alberta’s deficit is estimated to be 6.4% of provincial GDP totalling $18 billion — more than twice the provincial government’s $6.8-billion projection in the February budget. When the secondary effects on other parts of the economy are accounted for, the seemingly collapse in energy demand could slash 20% of Alberta’s revenues, over $8 billion, this year.

“We estimate the plunge in oil prices will slash those royalties by at least 40%,” reads the report. “That’s not even taking into account production cuts that are likely to occur in the face of a glut in global inventories.”

When it comes to their emergency coronavirus spending, including relief measures for households and businesses, Alberta has budgeted $7.7 billion, Ontario has $17 billion, and Quebec has $18 billion.

But analysts note the apart from Newfoundland and Alberta, the 2020-21 fiscal deficits in each provincial jurisdiction are unlikely to become the biggest ever relative to the size of their economies. They say all other provinces experienced materially worse conditions at some point during the 1980s or 1990s.

Moreover, all provinces will see their net debt-to-GDP ratio increase, especially Newfoundland and Ontario, which is expected to reach a ratio of 59% — the highest since 2004-05, but still below the record high of 69.5% in 1998-99.

Just after Newfoundland, Ontario has already become the second-most indebted province, after surpassing Quebec in 2019. Its debt nearly doubled over the past decade, and resulted in a downgrading of its credit rating.

Although Alberta’s deficit is looking particularly dire, analysts say the province still has ample borrowing room relative to other provinces due to its very low debt ratio of 10%. BC’s debt ratio is also relatively low, at 15%.

“Cleaning up all the red ink the pandemic spilled over provinces’ books will take years though. Governments’ revenue sources won’t be fully repaired until the economic recovery is complete. Bringing down the mountain of debt will take even longer,” continues the report.

“COVID-19 will leave a lasting mark on provincial finances, which will put credit ratings at risk.”

The combined deficits for the fiscal year of all provinces is expected to reach about $63 billion — over six times the original budgets.

Provinces aside, the federal government’s own emergency spending and relief supports will cost $230 billion or 10% of the national GDP.