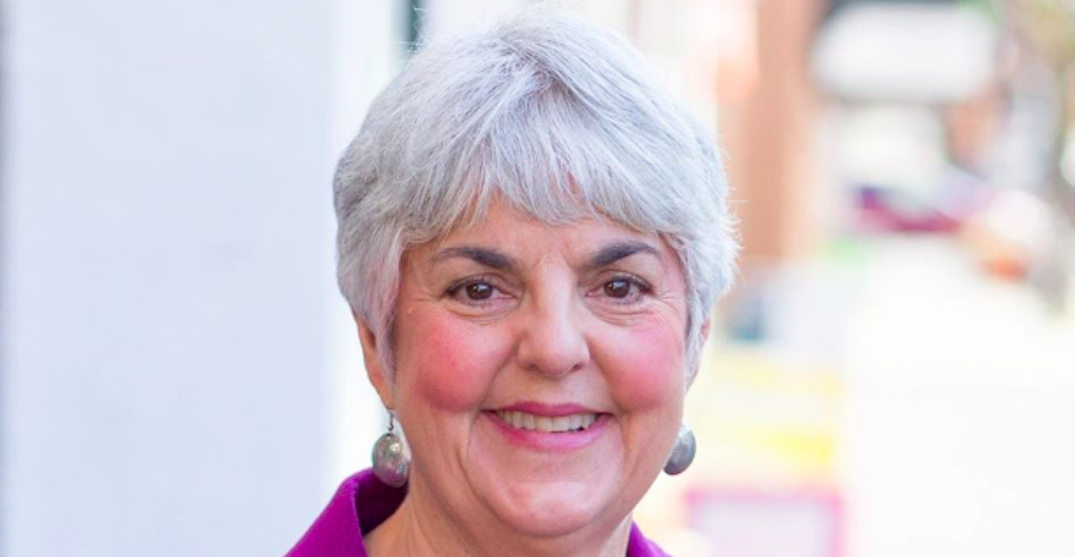 BC Finance Minister Carole James revealed today that she has been diagnosed with Parkinson’s disease.

“Last summer, I noticed that I had developed a slight hand tremor and had a few moments when I had trouble with my balance,” she said in a statement.

At first, James said she attributed this to fatigue.

“But when I mentioned the issues to my family doctor during a routine check-up, she ordered a referral to a neurologist.”

James saw the neurologist at the end of January this year and went through a series of tests. “The diagnosis came back as Parkinson’s disease.”

James’ full statement is below:

Last summer, I noticed that I had developed a slight hand tremor and had a few moments when I had trouble with my balance. I attributed it to fatigue. But when I mentioned the issues to my family doctor during a routine check-up, she ordered a referral to a neurologist.

I saw the neurologist at the end of January of this year, went through a series of tests, and the diagnosis came back as Parkinson’s disease.

Parkinson’s is a progressive neurological disease. It’s not a disease that anyone wants. But it is not a terminal diagnosis. Symptoms generally develop slowly, and the progress of the disease varies from person to person. There’s no cure, but there are treatments and medications to deal with the symptoms as they arrive.

I took some time to learn about Parkinson’s and talk the diagnosis over with my family. I also told the Premier, who I want to thank for his ongoing support and friendship.

I’m sharing this news now because I believe it’s important to be open about what I am facing. Between 10,000 and 13,000 people in B.C. live with Parkinson’s. Many of those people worry about stigma and what will happen if they reach out for support. If sharing my story can help others, that’s a good thing. As the symptoms of this very visible disease do surface, there is no need to hide them.

For now, I have a manageable hand tremor and I’m more careful with my balance. I haven’t noticed any other symptoms and I don’t need to start medication yet.

I will continue in my role as B.C.’s Finance Minister, as long as I am able to give 100% to the job, and at the Premier’s discretion, of course. Next week I will continue the Budget 2020 tour throughout the province. I will serve out my term as member of the legislative assembly for Victoria-Beacon Hill. But I will not be running for re-election.

I have had the privilege of serving the people of Victoria-Beacon Hill since 2005, and I’ll be taking time over the next year and a half to express my gratitude to my community.

Needless to say, this is not what I had planned for the next part of my life. But each of us could face an unexpected, life-changing experience tomorrow. I have a name for mine, and I have an understanding of what the future may bring, which is all the more reason to take full advantage of each and every day.