The exterior of BC Ferries' Spirit of British Columbia. (Marcin Chady / Flickr)

Just in time for the start of the busy summer season, one of the two largest vessels on BC Ferries’ fleet will return to service tomorrow after spending nearly a year in a European shipyard for its mid-life upgrade.

The Spirt of British Columbia is the first of two Spirit-class vessels to receive improvements that allow the vessel to operate on natural gas, which is environmentally cleaner and cheaper to use than marine diesel. The vessel can still operate marine fuel as the upgrades introduced dual-fuel capabilities.

It is estimated that the use of natural gas on both the Spirit of British Columbia and Spirit of Vancouver Island will reduce carbon dioxide emissions by 12,500 tonnes annually – equivalent to taking about 2,500 vehicles off the road each year.

The ferry corporation says 16% of its $118-million annual fuel budget is spent by the two Spirit-class ferries that serve the high-traffic route between Tsawwassen and Swartz Bay.

“Natural gas is the world’s cleanest burning fossil fuel and using LNG in deep-sea ships provides an opportunity to significantly lower greenhouse gas emissions and air quality on a global scale,” said Roger Dall’Antonia, President and CEO of FortisBC, in a statement.

“In collaboration with BC Ferries, we developed a first-in-the-world proprietary tanker truck technology to deliver fuel while on board the vessel. Innovative solutions like this help make it easier for transportation customers to make the switch to LNG.”

Passenger areas and amenities have also improved as well, such as new carpeting, furniture upholstery, mobile charging stations, and table tops. Washrooms have been renovated, an additional washroom has been built on Deck 5, and a new Arbutus Coffee Bar is located on Deck 6. As well, the size of the onboard retail store has been doubled. 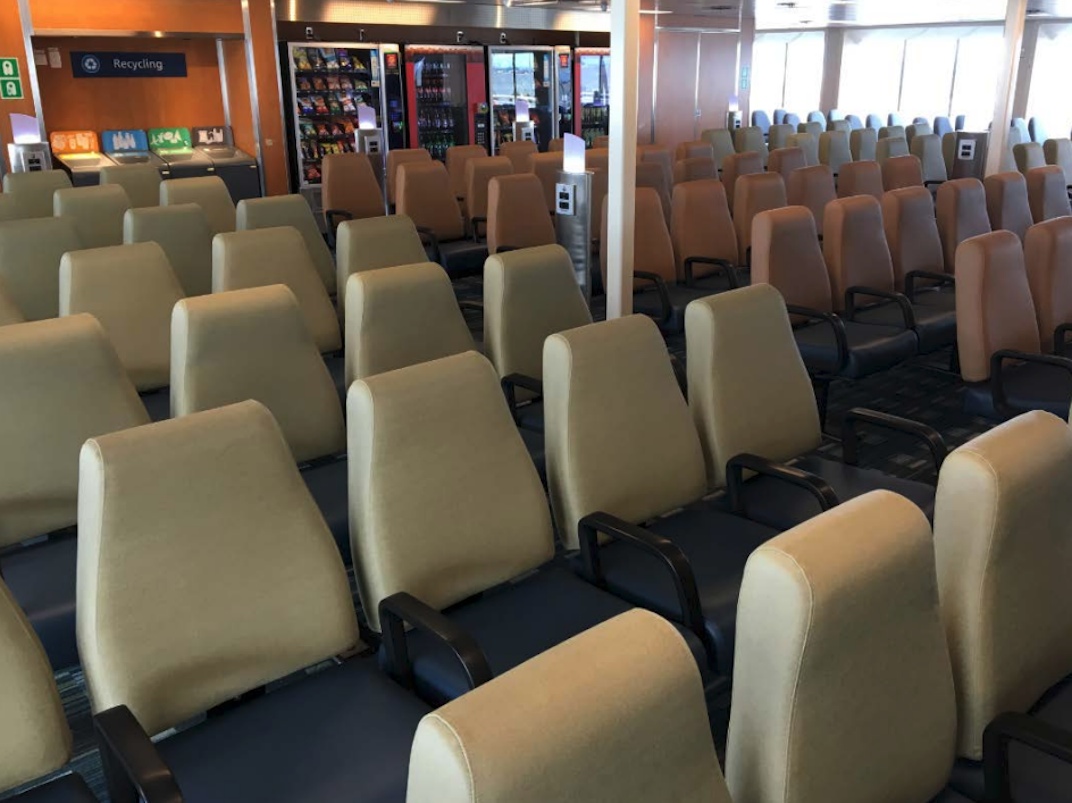 Inside the renovated interior of the Spirit of British Columbia. (BC Ferries) 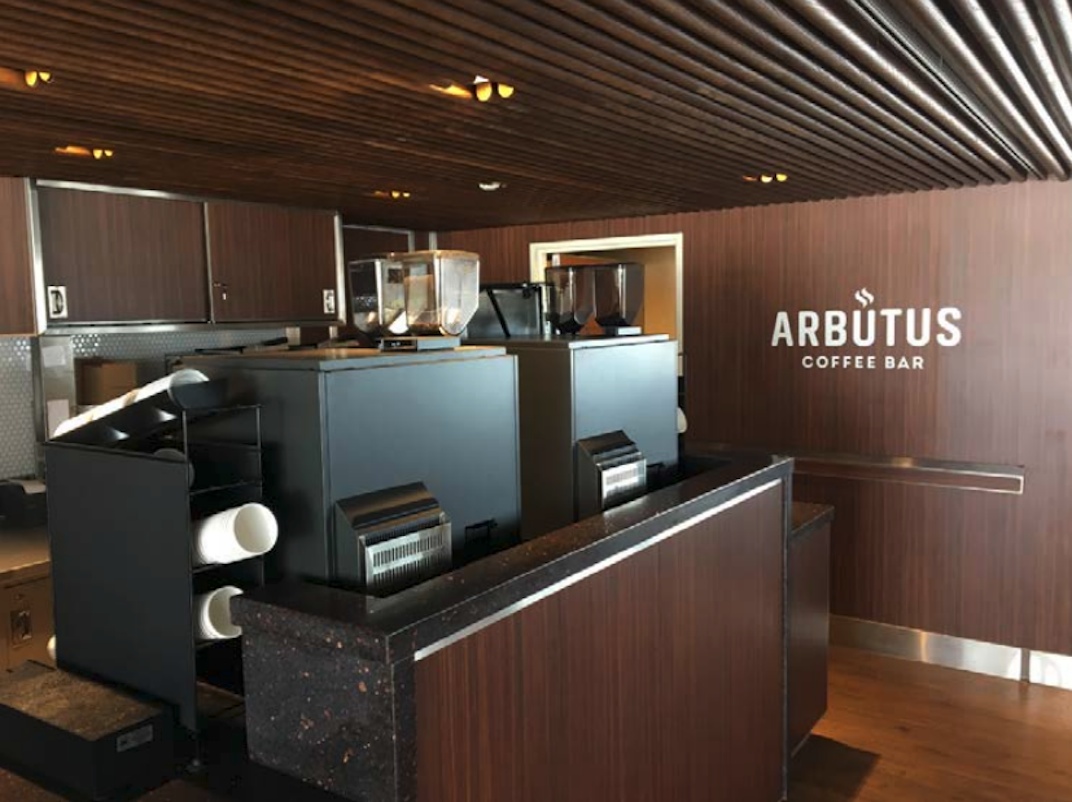 Inside the renovated interior of the Spirit of British Columbia. (BC Ferries)

The $140-million upgrades were completed at Remontowa Ship Repair Yard S.A. in Gdansk, Poland, with the Spirit of British Columbia departing to Europe after the peak of 2017 summer season. Identical upgrades will be performed on the Spirit of Vancouver Island starting in fall 2018 so that it can return to service in spring 2019 before the start of the summer loads.

BC Ferries’ recently built fleet of Salish-class vessels also use natural gas fuel, which is delivered to an open vehicle deck by delivery truck. All three vessels were built at the same Polish shipyard and visually stand out for their First Nations art exterior.

Last year, the ferry corporation awarded a Romanian shipyard, owned by Netherlands-based Damen Shipyards Group, the $86.5-million contract to build two new “minor class vessels”. Each new ferry will have a capacity of at least 44 vehicles and 300 passengers and crew.

The Spirit of British Columbia and Spirit of Vancouver Island were built in Victoria and North Vancouver shipyards in 1993 and 1994, respectively. Each vessel has a length of 168 metres and a capacity for 2,100 passengers and crew and 470 vehicles. With the latest upgrades, they should be operable until around 2043.