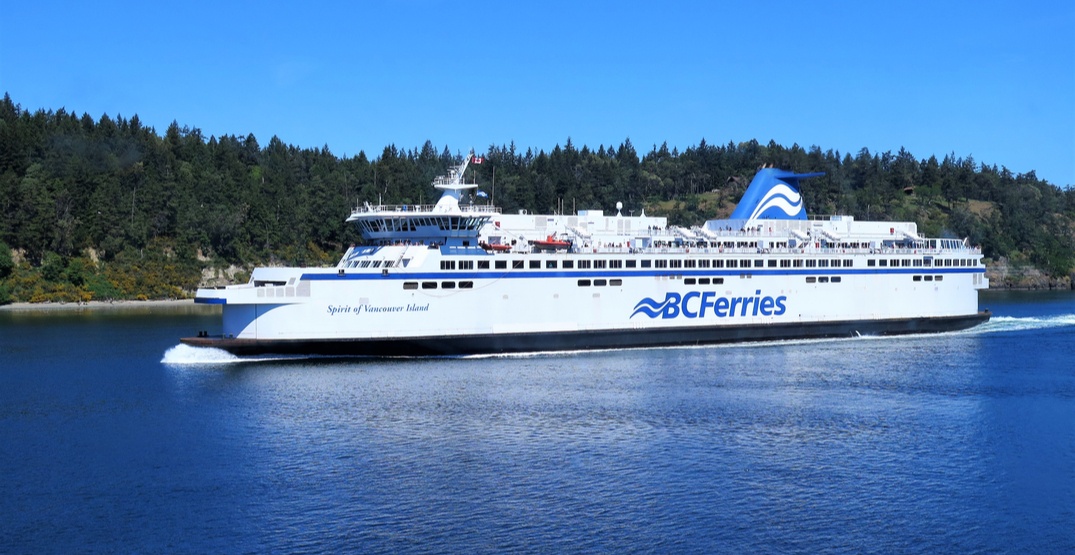 A busy crew conducting multiple safety drills at once coupled with an equipment snag sent two BC Ferries employees tumbling into the ocean over the Labour Day long weekend in 2018, the Transportation Safety Board of Canada says.

Both crew members who fell from a rescue boat belonging to the Spirit of Vancouver Island on Aug 31, 2018 at Swartz Bay Ferry Terminal were taken to hospital and released later that day. One sustained minor injuries.

The TSB released its report looking into the incident Friday, and found several factors contributed to the fall. 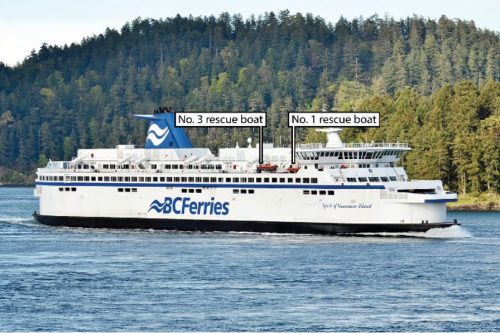 New rescue boats had been installed on the Spirits of Vancouver Island that were higher than the ferry’s original rescue boats.

The rescue boat’s bottom hull hit the edge of the ferry deck, causing it to tip outward and the two people inside to fall out.

The TSB also noted the ferry’s chief officer had a high workload and could not observe the multiple drills going on.

Since the incident, the TSB noted BC Ferries has done several things, such as updating its vessel-specific procedures and checklists, checking crew proficiency, and developed a controlled fall system for rescue boat crew.