BC Ferries is considering a plan to shutdown the major Vancouver Island route between West Vancouver’s Horseshoe Bay terminal and Nanaimo’s Departure Bay.

The option, as outlined in a recent efficiency report, is being laid out as a cost-cutting measure for the ferry corporation given that $200-million in immediate term upgrades are required for the Horseshoe Bay terminal.

If the upgrades are to proceed, it would be part of BC Ferries’ $3-billion capital plan for facility renewals and fleet replacements over the next 12 years. Construction is currently scheduled to begin in 2018 and end in 2024.

Without Horseshoe Bay, which is part of the Trans Canada Highway route, all ferry passengers and vehicle traffic on the Lower Mainland would be required to travel through an enhanced route from Tsawwassen to Duke Point.

The ferry corporation says completed and planned road infrastructure improvements to the Tsawwassen ferry terminal will allow the diversion in traffic. This includes the recent opening of the South Fraser Perimeter Road (Highway 17) and the planned 2020/2021 completion of the 10-lane bridge to replace the George Massey Tunnel.

However, this will result in the removal of one of the provincial ferry network’s most profitable routes: the Horseshoe Bay-Duke Point and Tsawwassen-Swartz Bay routes are BC Ferries’ only profitable routes. Revenues from both routes are used to subsidize minor routes that do not make a profit.

Businesses in Horseshoe Bay and Nanaimo will likely be affected as they are supported by the direct and indirect economic impact provided by passenger traffic from the major ferry route.

Any discussion to remove the route will likely be highly controversial as it adds to the growing criticism over BC Ferries’ operations.

A recent study by the Union of B.C. Municipalities also found that ferry fare hikes coupled with falling service levels over a 10-year-long span have cost the provincial economy $2.3-billion in GDP. Over this same timeframe, rates for major ferry routes have increased by 51.2 per cent.

Any changes to the Horseshoe Bay-Departure Bay route will not be implemented until after the public is engaged in a consultation phase, which is expected to begin next spring. A final decision will be made by the end of 2015. 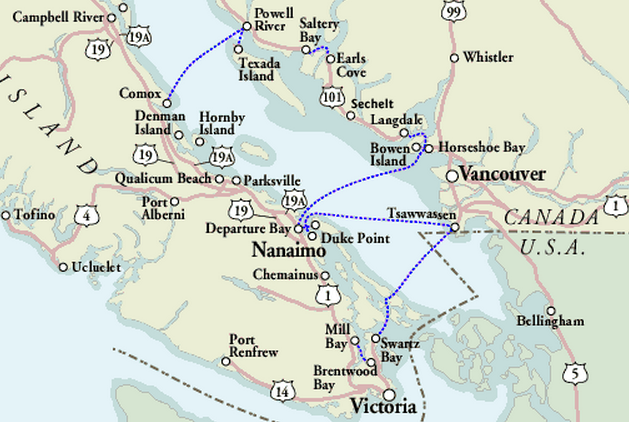